The Folly of Anecdotal Evidence and Today's India 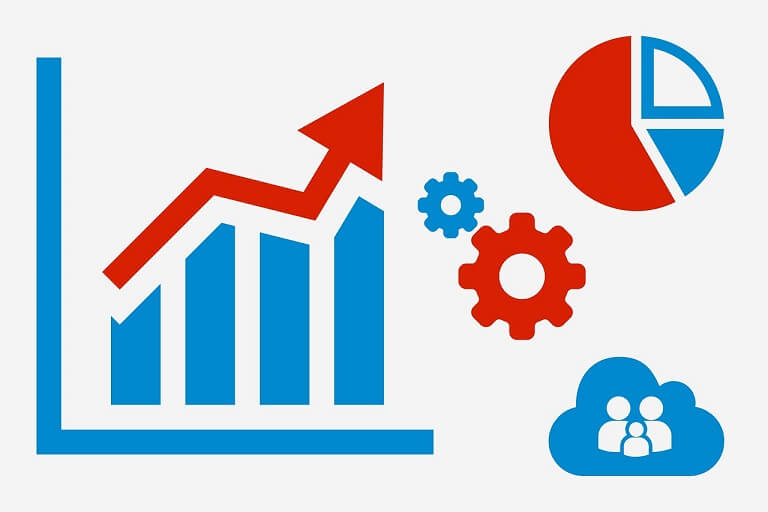 There are more than seven billion of us, humans. Being social and inquisitive creatures, it is natural for us to observe our surroundings and exchange information with each other. The processing of information about the environment through our senses and the exchange of it with people we know (or in some cases with strangers) using various tools of communication (verbal, written, digital, etc.) shapes our views. In the case of socioeconomic or political matters, the gathering of information in such a manner constitutes anecdotal evidence about how our surroundings are changing.

However, no matter how much information storage capacity a person has or how large her social circle is, she can never hope to imbibe or process information concerning a large institution of governance such as a nation. This fundamental limitation gives rise to the question that how best the government or the state should distribute resources among the general population? The solution to this problem lies in the field of Statistics. In a way, the single-most-important factor for the efficient working of any society is not which side of the political spectrum do the ruling elite stand or what kind of administrative setup the society has, but rather how detailed and accurate is the census data for that society. It is the crunching of the society’s demographics, experiences, and expectations into numbers which lays the foundation of any kind of effective governance.

A general rule is that any anecdotal evidence must always be viewed cautiously while statistical evidence must always be trusted if all norms and procedures were stringently followed while collecting the statistical data. However, this is easier said than done. Humans have evolved to survive and adapt as a species by maximizing the probability of achieving the so-called four Fs (fighting, fleeing, feeding, and [reproduction]) and not to solve mathematical equations. Yet, however much we may hate the use of statistics and data science, there is no other way to arrange complex human societies. Anecdotal evidence often leads to distortions in how we view the world around us. Below are three examples from different fields illustrating this phenomenon.

Economics provides us the first example. The basic feature of the study of economics is the relationship between supply and demand. Adam Smith’s masterpiece and one of the most influential books ever written, the Wealth of Nations, attributed the order between supply and demand to the invisible hand of the market. This is to say that if a seller charges too much then another will undercut her price leading to the failure of her business, and vice versa. This invisible hand of the market is the great equalizer. Anecdotally, this makes complete sense. Markets do seem to have a tendency toward stabilizing themselves in the long run. Until they don’t. This was first most-visibly felt around the world during the Great Depression in the 1930s. Adam Smith’s invisible hand of the market and Jean Baptiste Say’s argument that supply creates its own demand noticeably failed in reducing the level of unemployment or increasing the purchasing power of the people. There was an unending and self-fueling economic spiral at work whereby people did not have money to spend and thus demand was low leading which led to shortages in the supply chain. Market forces had failed. The solution to this dilemma came from that influential and eccentric economist, John Maynard Keynes, who suggested that since markets had failed, the government must spend more (even by taking debt) to put capital in the hands of the people for stimulating the demand. Keynes used statistics to prove his point while the application of his theory brought the world out of the Great Depression and launched a completely new school of economics known as Keynesian.

Politics is where we get our second example. The Emergency (India) between 1975-77 was a time experienced by Indians in different ways. Anecdotally, I have often seen people around myself recounting how trains used to run on time during that period (a novelty for that time), how government employees were punctual, and how there was a big reduction in corruption. For all the truth in these points, they only constitute anecdotal evidence from the working middle-class bubble in the grand scheme of things. To get the true picture of the Emergency, one only had to visit the houses of those who were at variance with the ruling establishment’s ideology or were forcefully sterilized. Statistics show that the places where the Congress lost the most number of seats in 1977 were those where excesses had happened during those dreadful eighteen months. The other side of the same coin is it would be foolish to think that the whole of India came together to defeat the Congress in 1977 as have been told an innumerable number of times (again anecdotal evidence). Statistical evidence shows that Congress had overwhelmingly swept most of South and Northeast India (winning a total of 189 seats) against the combined force of a united opposition political parties. This shows how differently the Emergency was experienced in different parts of the nation.

Industrial Design is the source of our third example. In the 1940s there was a dark time for the U.S. Air Force when many planes were crashing due to the inability of the pilots to maintain control. As many as 17 planes crashed in a single day at the peak of the crisis. When engineers and psychologists could not construe the reason for this serious failure, the Air Force started to investigate the design of the cockpit. The cockpit had been designed to fit an average American male pilot. The body measurements of this average American male pilot were computed by measuring the physical dimensions of hundreds of pilots down to the length of the thumb and taking the average. Anecdotally, this made complete sense. But a newly hired 23-year-old scientist Gilbert S. Daniels who had worked on human dimensions during his undergraduate years at Harvard expressed doubts. His research (and subsequently various studies) discerned a simple fact: there is no average human body. Out of 4,063 average-looking pilots that Daniels investigated, the number of pilots whose body dimensions were in the average range on ten body dimensions was ZERO! This insight led to a complete redesigning of the cockpits with the installation of equipment to fit a wide range of body sizes rather than an “average human” handling a complex machine at supersonic speeds when an eyeblink can decide matters of life and death. The whole field of Industrial Design was revolutionized. Statistical evidence had again triumphed over anecdotal evidence saving thousands of precious lives.

The television media in India these days is telecasting various stupid stories while the nation is reeling with the biggest economic crisis since Independence. It is us, the viewers, who are to blame for this since a large section of us are finding them to be so interesting over real news. Because of the distortion being created by the media, anecdotal evidence may suggest to some that all is well, but the statistical evidence conclusively shows how bad the conditions of the economy, unemployment, and jobs are. We can choose to trust the anecdotal evidence by running behind meaningless news stories and be like the proverbial ostrich which digs its head in the sand when it sees trouble. Or, we can trust the statistical evidence being provided by various governmental and non-governmental financial institutions and ponder over how to rapidly recover from the present crisis. The economic depression we are facing today will forgive nobody. On the contrary and sadly, it will hit the poor most bluntly.