The Impending Death of Biography 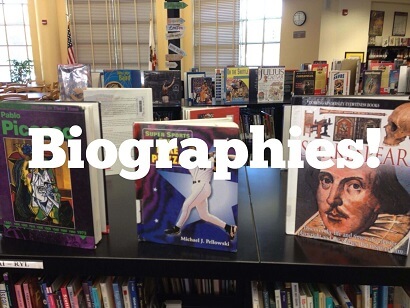 It may well be that the subject of the last memorable biography you read lived between the seventeenth and mid-twentieth century. We know much more about the lives — public and private — of “famous” personalities from this period than any other in human history. This is because we can glean into their thoughts and ideas from the books/notes that they published. They wrote without the pressure of expressing themselves succinctly (more on this below). For many of them, it is also possible to peek inside their personal lives through the hundreds (sometimes thousands) of letters diligently preserved from their correspondence. The biographers of modern (and future) subjects may never have this luxury. It is for this reason that I say — the past four centuries may well have been the golden age of biography.

To portray the subject from diverse perspectives, a biographer first gathers detailed information from various trusted sources. What humans can convey vocally has very limited reach across generations. This makes it impossible to discover enough sources to reconstruct the life of any human being who lived before the advent of writing. When humans could write, they could convey information across generations. But, they were not able to disseminate “the written word” in large numbers until the advent of the printing press. Tragically, this meant that over time, most of the human writing became the victim of climate (such as heat and yearly monsoon in the Indian subcontinent), fire (not very uncommon before the advent of electric bulbs) and moths. Today, we store most of our information digitally. With newer ways being discovered to store information digitally and increase both in the quality (example, the increase in the video resolution) and the quantity (example, worrying about floppy disks two decades ago to storing humongous quantities of data in the cloud) of storage, we can now be reliably sure about passing our stories for eons beyond our lives. Yet, I say that the golden age of biography is behind us.

There are two aspects to writing a fine biography. First, a biographer documents the achievements and notable moments in the life of the subject. Then, he recreates the period in which the subject lived to provide the historical context. To achieve this, the biographer relies on sources that detail the world around the subject such as various historical records and writings of the subject’s contemporaries. Second, the biographer tries (for this depends on several factors briefly discussed in the next paragraph) to provide a glimpse of the personal life, ideas, and thoughts of the subject. This can only be achieved if the subject was expressive in his writings and if these works have survived. Marcus Tullius Cicero may be honored as the foremost “man of letters.” More than two millenniums after he lived, dozens of volumes of his works (speeches, letters, essays, jokes, and poetry) still survive. We possess almost a thousand letters written by him among many essays and speeches. It is from his writings that we derive most of our knowledge of the Roman life and politics of the Roman Republic. We also owe him the only surviving personal portrait of a man called Julius Caeser. It would have taken strenuous efforts by many scholars across centuries to preserve his writings. It is because of their efforts that we can today construct a legitimate biography of Cicero.

Gutenberg’s printing press started the Printing Revolution in the mid-fifteenth century. Thereafter, the likelihood that human creativity may survive without heavy effort increased since easy dissemination of the works of men (for those were highly inequitable times) became possible. But, an obstacle towards the survival of human correspondence still remained. This was, expectedly, the decimation of the text itself, forcefully or voluntarily. Multiple volumes of the personal correspondence of Gandhi, Nehru, Marx, Lincoln, Lenin, etc. are easily available because they were carefully preserved and later diligently edited by generations of scholars. On the other hand, Washington had asked his wife to burn their correspondence after his death. And, Mao’s personal correspondence has been heavily excised by the administration in China.

A biographer in the future writing about our contemporaries will face three challenges. First, most of our correspondence today has shifted to the digital mode of communication. An invisible wall (founded on privacy) shields our ideas and thoughts, even from our closest family members. This will deny the biographer luxury of diving into the ocean of personal correspondence of the subject. This will lead to the biographer not being able to portray the subject’s true self. The biographer will also be at a loss of not being able to depict the subject’s intentions. Second, even when we convey our ideas online, social media by its very nature restricts us to posting pictures, tweeting a few words, or writing a short article like this one. This manner of interaction — to be articulated in a condensed form for the benefit of netizens — does not promote the expression of thoughts at length. Hence, it will not be possible for a future biographer to wholly understand our ideas and thoughts, which can only lead to errors in judgment. Third, it is ironical then, that there may be innumerable digital footprints around the “famous” personalities of today. These may be opinions and essays written by others around contemporary events and these personalities. Against this backdrop, a future biographer will struggle with information overflow. S/he will find it increasingly hard to weed out unreliable and dubious sources of information. With so much data just a click away, a future biographer possessively devoted towards his subject will be unable to become devotedly possessive — perhaps a prerequisite to adore the biographical subject and do justice to the biography.

Any future biographer will have thousands of digital sources to draw on how a Narendra Modi or a Barack Obama looked like, how he walked, what was he wearing during a particular event, which pages or people he “liked”, among other information. But, it will be impossible to unearth the real thinker using such digital footprints. The tweets can never compare with lengthy prose (such as books and essays) written after thoughtful reflection. Hence, the biography will remain flawed — overflowing with exterior information but hollowed from the inside. Perhaps, we will have to invent AI biographers to get around some of the digital barriers.

Indian General Election 2019: Towards a Hung Parliament?
Some Observations on the Recent India-Pak Confrontation