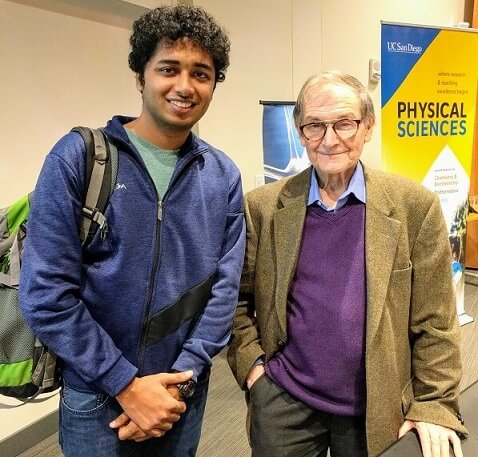 On this fortuitous day when Sir Roger Penrose has been awarded the Nobel Prize in Physics for his research on black holes (some of which he did with Stephen Hawking), I am sure that many of my friends would be delighted to know about his connection with IIIT Allahabad.

In late 2018, Professor Penrose was visiting my lab at UC San Diego when I had the good fortune of meeting and having a fruitful discussion with him (he visited again in January 2020). A very warm personality and a true polymath—mathematician, physicist, and philosopher—he also has a keen interest in understanding consciousness and the human mind. It is because of his latter interest in addition to giving lectures in the university that he visited my lab twice in the past couple of years. He even gave a talk titled “Consciousness and quantum state collapse.”

While others present at the event were requesting him to sign their copies of his books, I approached him with an unusual request. I asked him if he could please sign an image of my alma mater, IIIT Allahabad. Hale and hearty at 87 then, he was visibly surprised at first. When I informed him about the reasoning behind the same and that I am an alumnus of IIIT Allahabad, he was delighted. Apparently, years ago he had heard that a university in India is under construction based on Penrose architecture but never got to know anything more. Thus, he asked me when the university became operational, how big is it, what does it specialize in, and other related questions. Fondly then, he signed the paper in my hand and continued to discuss more about my research in Neuroscience and Affective Computing.

I am so very delighted today to share the only copy of IIIT Allahabad’s image signed by Professor Penrose himself. Congratulations, Professor Penrose. You are indeed a wonderful human being, an extraordinary lecturer, and an exemplary researcher. 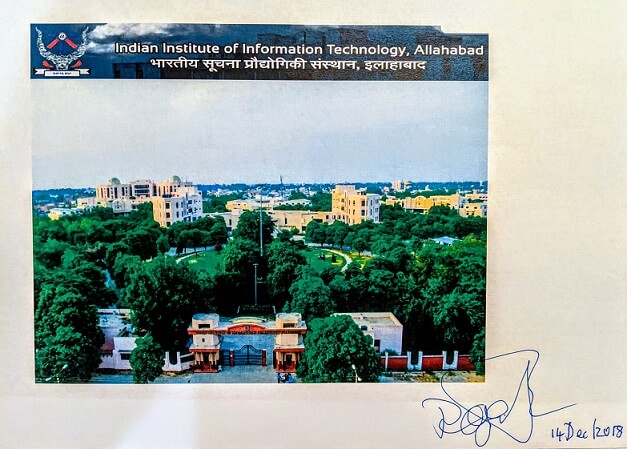 The Democratization and Decimation of the Indian Constitution: A Contradiction
Merits and Demerits of the Indian Parliamentary System