The Charm of Dev Anand 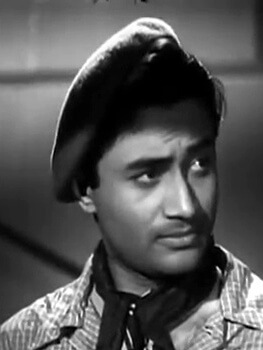 There is an old Latin saying, de mortuis nil nisi bonum, speak only good of the dead, while on the other hand there is Voltaire’s injunction that while we may flatter the living, the dead deserve nothing but the truth. Indians usually tend to follow the former while for some personalities, it is really the former that always comes to one’s mind.

One of my earliest memories is to argue many a time with my father to not watch Dev Anand’s songs or movies, a not so infrequent occurrence in my home. It took me the hit of the inescapable hammer that comes with puberty to appreciate Dev Anand. During the last year of my high school, on a trip to nearby Hastinapur, I got so very attached to one of his songs, that I kept playing it continuously for about a week. This was in late December. Board exams and engineering entrance examinations notwithstanding, I watched scores of Dev Anand’s movies in the next three months. By the time I reached college, during the first month of the first semester, I could repeat almost each of his song verbatim from the 50s and 60s. As a matter of fact (and amusement), during the first semester, I saved money for two months to buy Dev Anand’s recently released autobiography and devoured it as soon as it arrived. Later in the semester, it was a great shock to hear one morning that he is no more, for I could never meet him.

Retrospectively, it is interesting to wonder why he appealed (and stills appeals) so much to me and many others I know of my generation. It is not uncommon in India that four generations in a family have all watched and loved Dev Anand. I think the most important factor, except his charming expressions and wonderful sartorial choices, has been his attitude of “Jo mil gaya usi ko muqaddar samajh liya, jo kho gaya main usko bhulata chala gaya”, which is not just a line from one of his most famous songs, but reflects in many of his on-screen roles, as well as his off-screen personality. It is said that private faces in public life are always better than public faces in private life. But, for Dev Anand, it is very hard to demarcate where if somewhere, one ends and the other begins. All of his interviews from half a century ago to the time before his demise shows his indomitable spirit, an appealing choice of expressions conveyed with sound use of words.

I do not quite know of any other actor who has given more memorable songs than Dev Anand. Among my own family and friends, I know how everyone points a different melody of his to be their favorite. Hence, someone likes the joyful, free-spirited and almost physics-defying, an aerofloating (to coin a word) Dev Anand singing “Khoya khoya chand”; while the other loves his drunk and depressed “Din dhal jaye” avatar from Guide; and yet-another enjoys the romantic melody “Dil ka bhanwar kare pukar”, the epitome of sweetly courting Dev Sahab, and I can go on and on. Indeed, Dev Anand could not be Dev Anand without the triumvirate of Mohammed Rafi, Vijay Anand, and Sachin Dev Burman, and perhaps Kishore Kumar can also be added to the list.

To be sure, Dev Anand’s best years were the two decades before the early 1970s. After that time, he didn’t have much freshness to offer. Always mindful of his offscreen character, even in his late years, he never tried to reinvent himself relative to his age. Perhaps it was this same attitude of resilience that he had shown during the Emergency by forming a political party against Mrs. Gandhi when almost everyone in Bollywood was at the display, like a tamasha, in front of her son. It was the same Dev Sahab, born in Gurdaspur, who was later requested personally by Pakistan’s Prime Minister Nawaz Sharif to accompany India’s Prime Minister Vajpayee during the historic Lahore bus ride.

Looking back from our vantage point, Dev Anand’s most remarkable movie is widely accepted to be Guide (and rightly so in many respects). But, many other hidden jewels such as Tere Ghar Ke Samne, Jewel Thief, and Kala Pani, to name only three, still remain masterpieces. A wonderful feature of his movies has always been the absence of hopelessly atavistic, notoriously revengeful, monotonously linear, monstrously cliche and disastrously tragic plots which were common at the time. His magic, particularly in the genre of romance, is even more surprising when one considers that it was not sustained by a deep sense of method acting or role-playing (epitomized at that time by Dilip Sahab), but rather only by his charming personality, so radiantly reflected in every shot.

An amusing anecdote, of course apocryphal, that was widespread in the 60s went on to say that the high court has banned Dev Sahab from wearing black clothes since there have been cases of girls falling down unconsciously from the terraces after getting a glimpse of their favorite actor, who always looked his best in black. And with this anecdote, I hope that the people oblivious to Dev Sahab’s work will be inspired to watch his sweet melodies and perhaps will then be nudged to watch his movies, for how long can a honeybee control itself from tasting the nectar of the most colorful flower in the garden after flying around it?

Urdu and the BJP: A Fine Example of Classic Hypocrisy
To Carry On or Pass the Baton