To Carry On or Pass the Baton 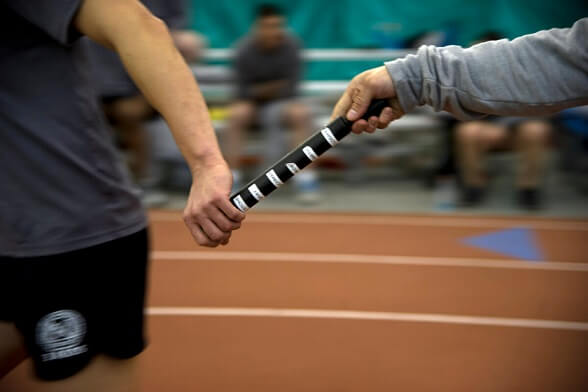 Shakespeare beautifully wrote, “There is a tide in the affairs of men, Which taken at the flood, leads on to fortune. Omitted, all the voyage of their life is bound in shallows and in miseries”. He might have also added that men should realize when the voyage has come to an end, and not continue exerting themselves against the shore, for that too leads to miseries, usually in the candid judgment of history.

Reading about Sushma Swaraj’s decision of not contesting in the next Lok Sabha elections, I started wondering if she has realized (unlike her guru Advani) that it might the right time to hang boots and stay away from parliamentary politics. It is for the future to discern and reflect on how she charted her course from now on. She might show herself to be one of those rare politicians who bode farewell when their achievements are still fresh in the public consciousness.

There are two fault lines that come to mind when discussing this topic, that of the profession and that of the age. To talk about profession first, being either an actor, artist, writer, musician and the like does not mean that one should retire at a specific age. Indeed, who in India would want Pandit Jasraj or Amitabh Bachchan or Ruskin Bond to retire? These professions allow for creativity without unethically covering their position with a veil so that newcomers do not get to replace them. On the other hand, there are professions such as being a sportsman, a professor, an executive officer etc. where it is best to call it quits on time. Too many septua-, octa- and even nonagenarian professors in the USA draw thrice as much (or more) salary as a new faculty recruit while being unable to perform with the same zeal and efficiency. This brings us to the second argument which is based on age. Of course, there is no fixed age to retire from a profession if one’s mental and physical health are in good spirits. Churchill was 65 when he assumed the Prime Ministership for the first time and led the country charismatically and triumphantly during the war. Closer to home, E. Sreedharan has attained glorious feats in the last quarter century after turning 60. To sum up, the crux of the problem is to determine when one is being a burden on the organization, has nothing new to offer and is carrying on based only on the merits of past achievements, howsoever majestic they might have been.

Arguably, among India’s two most lovable personalities after independence, there has been a politician and a cricketer. She opened all of her immense trove of love for them, treated them as her prince, showered them with immortality, and the vast millions followed them as avatars of Gods. I am talking, of course, of Jawaharlal Nehru and Sachin Tendulkar. Both achieved great heights and ruled over the crowds like nobody else since the Mahatma himself. Yet, the former with his vast knowledge and acute sense of history stayed for far too long. He did contemplate to retire twice, once in 1954 and again in 1958 but both times was persuaded to return back. His greatest debacle, a Himalayan blunder, was yet to come in the future and he would have gone down in 1958 as one of the greatest statesmen the world has ever known. On the other hand, the latter, even with his immaculate sensibility of timing his shots against every bowler could not time his retirement well. Had he retired a few years ago on a good note, perhaps after scoring a century to save a game, from when he decided to, nobody would have asked “Why not?” but had asked, “Why?”.

I am not aware of any of the bigwigs of Indian politics who timed their retirement perfectly (JP did retire early on, only to plunge back into politics later). By no means, this is a tendency restricted among Indians only. There are examples of leaders such as Churchill and Kemal Pasha who stayed for far too long. Communist and authoritarian governments across the world offer many more vivid examples of dictators who keep on singing the chords even after being out of tune with the masses and in fact with their own selves. The jury is still out on what will come to happen of Xi Jinping.

The greatest person that I know of who timed his retirement perfectly was George Washington. He could have easily remained the President until his death. He was revered like a king due to the hangover from the English monarchy, was beloved of all, and had sacrificed most among the founding fathers of the United States during the revolutionary war. Yet, he chose to step down by writing a moving farewell just before the end of his second term. The farewell was surreptitiously drafted and quietly published in a newspaper. That’s it! No speeches, no processions, no mongering over succession and that’s how the most powerful man in America, the “foundingest” of the founding fathers announced his retirement and the citizens came to know of it. His retirement made it an unofficial custom to compete for the President’s office only twice. This custom stood the test of time for more than a century until it was broken by Franklin Roosevelt, and formally codified later into the constitution. Closer to present, in Germany, Angela Merkel has announced that she will not seek another term as Chancellor setting an example for many politicians across the world.

Back in India, I was reading about Obaid Siddiqi who established and nurtured the world-class National Centre for Biological Sciences (NCBS) and then passed on the baton gracefully. Then, there is the example of A.P.J. Abdul Kalam who returned to civilian life after serving as the President of India and steered clear of politics. In recent times, M.S. Dhoni wisely retired from Test cricket at an opportune time. I hope he will do the same in the one-day format of the game when the time comes.

Millions of citizens across the world living under authoritarian regimes where the leaders have expunged the word “retirement” from their dictionary can only take refuge under Lord Byron’s refrain, “my only solace is that our tyrants are after all our own countrymen.”

The Charm of Dev Anand
Of Ignorance and Folly