Of Ignorance and Folly 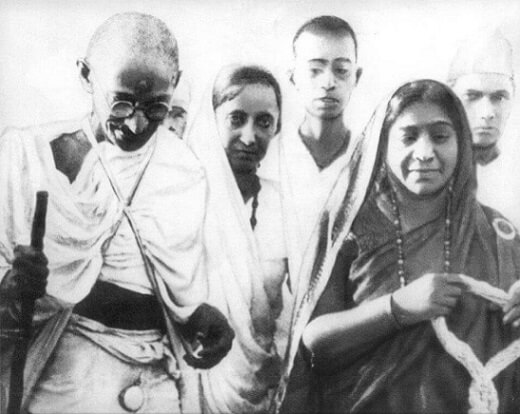 One of my favorite novelists, John Steinbeck in his popular novella Of Mice and Men wrote that the best-laid schemes of mice and men often go awry. This is something every graduate student can easily relate to. While pursuing research in any field we, the graduate students, often chart bold and ambitious plans and yet are usually - if not always - unable to fulfill them in time due to a variety of unforeseen circumstances. In any undergraduate coursework, we learn about the relationships of causation and correlation between events/trends and are often cautioned against performing unrealistic extrapolation. Yet, what would one call a professor who commits the same mistakes - crimes since s/he is a faculty - except ignorance and folly?

This evening I attended a talk by an American professor on the relationship between diabetes and mental health among women in India. Earlier in the day, the topic sounded interesting and persuaded me enough that I went amidst the rain to attend her talk. The Professor was young, confident, articulate and her book on the same theme will come out in a few months. The talk was informative since she went on to explain the linguistic discussion around the word “tension” in the Indian context i.e. how it may mean a variety of things from emotion to stress to depression to a headache, and how like a commodity Indians tend to use the word as something transferable to others. She also explained how contrary to the United States, Indian diabetic women are less prone to depression which she attributed to domestic and cultural factors. So far so good. But, she took the two basic concepts of not extrapolating to non-existent data and not distinguishing between causation and effect, tore them apart, and threw them out of the window. Tocqueville must have turned in his grave.

Let me talk about the ignorance part first which came in the middle of the talk. All the data recorded by her during the fieldwork and presented to us was collected in a few health care centers in Delhi. The sociological composition of her subjects clearly showed that the majority of the diabetic women interviewed in the study were middle-class Hindu women. And yet, she had no qualms about defining her study as that of “Indian” women. Any shallow reading of a contemporary Indian newspaper will show that the distance between excessively politically centralized Delhi and a rural hamlet in Orissa, or Manipur or Kerala or Kashmir is not a few hundred miles but may rather be in decades and centuries. Due to the various overlapping axes and fault lines of culture, race, language, class, caste, religion, beliefs, etc. it is an order of magnitude greater than, say, between Manhattan and Montana. As the writer U. R. Ananthamurthy remarked, the Indian writer is luckier than his Western counterpart, for he lives simultaneously in the 12th and 21st centuries, and in every century in-between. What more, to someone who has never left Delhi, just a couple of hours’ drive from the metropolis in any direction will take him/her to a completely unrecognizable sociological composition.

The first folly came right at the beginning of the talk when she attributed the contemporary domestic conditions of Indian women in general to the prevailing attitudes of men (among them naming Mahatma Gandhi) during the Independence Movement. To be sure, India is surely not the best place for women in the world and gender equality is far worse than many countries in the West or in Asia. To attribute this to beliefs and practices revolving around religion and culture can be true enough but to label the Indian Independence Movement as a cause is obtuse - since I don’t want to use a harsher word.

The record must be set straight here. Any careful study of the Indian Independence Movement will show women coming out of their domestic life in large numbers and actively taking part in the patriotic cause. On Gandhi’s call, it was very common that women participated in acts like picketing liquor shops, burning foreign-manufactured clothes, promoting and selling khadi, and courting arrests in the cause of Independence. In fact, after tasting the sweet nectar of nationalism fomented by the Mahatma (as the queen bee) amongst them, the women went ahead of the Mahatma’s conservative views and forced his hand to allow their participation in the Civil Disobedience Movement. Mahatma Gandhi brought more women out of the domestic household, (mostly willingly, sometimes grudgingly but at all times approvingly) than any other political leader of the 20th century. Hundreds and thousands of them courted arrest in the Civil Disobedience Movement and Quit India campaign. They did not only consist of Bengali Bhadramahilas or well-educated urban Indian women but rather came from all sections of the society across the country. As a matter of fact, more women participated in the Indian freedom struggle than in any other political movement across the globe at the time.

What more, the Indian National Congress had nominated Sarojini Naidu as its president in 1925 (and she later participated in the second round-table conference). One should just think coolly about it to gauge the depth of this event and digest it. This was only a few years after women received the right to vote in the UK and USA. The largest and most influential political party in India was headed by a woman at the time hardly a single woman or so were elected to the legislature in the UK and the USA, let alone command either of the two major political parties in the USA or the three in the UK. And, why only Sarojini Naidu? There were Kamaladevi Chattopadhyay, Rajkumari Amrit Kaur, Padmaja Naidu, Sushila Nayyar, Sucheta Kripalani, Aruna Asaf Ali, Vijaylakshmi Pandit among scores of other unnamed women who emerged as leaders in their own right in the movement.

After the talk, when I pointed out the above two details, the professor seemed to accept the first one half-heartedly and concluded her response to the second one by saying, “I am not the first one to do it. I will not be the last one either”. I will let the Mahatma himself answer her here, who remarked when asked to comment on Katherine Mayo’s book ‘Mother India’, “It is the report of a drain inspector sent out with the one purpose of opening and examining the drains of the country to be reported upon, or to give a graphic description of the stench exuded by the opened drains.”.

To Carry On or Pass the Baton
Indian General Election 2019: Towards a Hung Parliament?