Dear Prime Minister, We Are Squarely Behind You. All We Ask For Are Transparency And Statesmanship 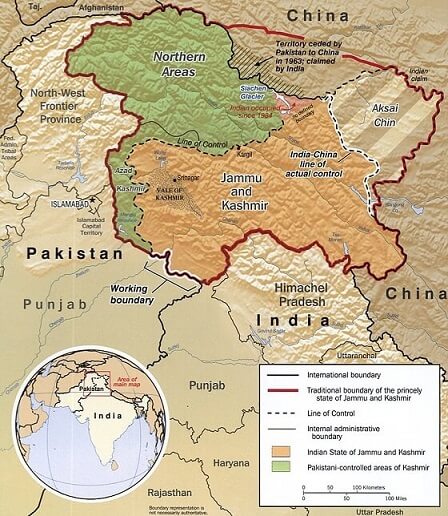 The loss of twenty lives of our soldiers at the Line of Actual Control (LAC) is heartwrenching. Going through their diverse socio-economic backgrounds and reading about their stories bring tears in the eyes, pride in the chest, and mourning in the mind. Not in a hundred lives is it possible to repay the debt that they have left upon us.

We have all been forced to once again wake up to the fact that unlike the failed nation-state of Pakistan, China is a force to reckon with. The traumatic collective national memory of the unfortunate war of 1962 has just been unraveled once more. The nation has rightly galvanized behind the government and the armed forces. All sources point in the direction that the attack by the Chinese was premeditated and was based on the assumption that a befitting reply would not be given the Indian Army. But, the Indian Army is a battle-hardened force which unlike the Chinese Armed Forces that have not fought a war in decades, has been involved in multiple skirmishes, anti-terrorist and anti-insurgency operations from years. The death of a colonel right at the start of the skirmish with the Chinese is a testament to the fact that our soldiers lead from the front.

Even in the worst of times, it is hard for the strongest detractors of the prime minister to say that he is soft when it comes to national security. The befitting reply that Modi Government gave to Pakistan after Uri and Pulwama attacks is a testament to this fact. However, of course, it is not possible to give such a reply to the Chinese. The prime minister has very well indicated in his recent speech that above all, India wants peace. On the other hand, the necessity of delivering the above statement points to the fact that the diplomatic route taken by the prime minister in the past 3-4 years to deal with China has failed.

At a time when due to the COVID-19 pandemic, it was rightly being criticized across the world, China has launched an aggressive campaign against many of its neighbors like the Philippines, Indonesia, South Korea, and India. However, it should be noted here that the Chinese did not act violently against any other neighbor since doing so against India and possibly coming out on the top would have sent a strong signal to all other small nations to cow down. The Chinese age-old tried and tested strategy of chipping away territory bit by bit from its neighbors is now facing a tough test against India. Furthermore, the domestic circumstances in today’s China where President Xi Jinping is being criticized within the Communist Party of China for the mishandling of the pandemic resemble those of 1962 when Mao was under fire because of the disastrous Great Leap Forward. In other words, China needs a distraction. Hence, India must be extra cautious since the situation can go any way at this point. Unfortunately, as is often the case with India’s hostile neighbors, the initiative for peace or war lies with the Chinese.

At such a critical time, all domestic politics in India should be suspended and the nation must rally behind the government. Our nation is divided, as are many others across the world, with broken confidence in bipartisan methods. Still, now is the time to unite. The all-party meeting that is being called today by the government is a welcome step in that direction. However, the government necessarily needs to do more. In 1962, on the insistence of Atal Bihari Vajpayee and other opposition leaders, Prime Minister Nehru had convened a session of the parliament to transparently put forward the facts and answer opposition’s critical questions. Unlike 1962 when western nations especially the U.S. did come to India’s rescue (which is generally not known but has been detailed very well in the book JFK’s Forgotten Crisis by Bruce Riedel), America under President Donald Trump cannot be trusted at all.

Amidst the fast-changing situation, a lack of transparency on the part of the government has been worrisome. It took the government more than a day to confirm the number of casualties. Furthermore, it is only now we are getting to know that ten of our soldiers were held captive by the Chinese for more than two days and have just been released. Even if these delays could be explained to a certain measure because of the secrecy revolving around the talks with the Chinese, the government must tell why our soldiers did not open fire in self-defense while they were being bludgeoned to death. The External Affairs Minister S. Jaishankar tweeted that our soldiers did carry firearms but did not use them due to the border agreements by past governments. This either means that even during the brutal clashes lasting more than eight hours, our soldiers maintained absolute discipline even when they were outnumbered (which may have been the case since our armed forces are the epitome of discipline and professionalism) or that they had been explicitly ordered to not use firearms under any condition even when precious lives were being lost. The government must make it clear which of the two was the case and how such a tragedy will not reoccur.

It is understandable that unlike the rogue and failed nation-state of Pakistan, India’s options vis-à-vis China are very limited. India can very well show its resolve if China escalates further but our tragedy is that due to the heavy asymmetry in the military and economic capabilities between the two nations, we do not have the advantage of taking the initiative. Even if China agrees to revert to the status quo that was present before April, our fallen ones would not be avenged.

This moment must be ceased by us to renew our resolve of building a more prosperous, stronger, and united India. Our dependence on Chinese goods must be curtailed. This would not only hit the Chinese where it hurts the most but would also help our economy in the long run. Notwithstanding slogans like Make in India or Atmanirbhar Bharat, our manufacturing sector must be completely overhauled. Half-hearted hypocritical measures must be left behind. The government which is so strongly condemning Chinese smartphone apps and hardware can start by deleting its own TikTok account and investing in indigenous 5G telecommunication hardware.