IPL and OTT vs. Atmanirbhar Bharat: The Folly of Self-sufficiency 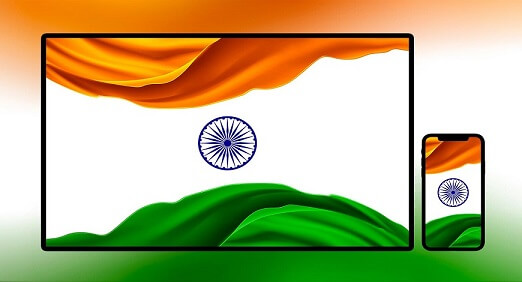 Before the 1991 economic liberalization, India was used to the so-called “license-permit-quota raj.” Every single industry and every aspect of the industry—production, labor, infrastructure—was heavily controlled by the government. A labyrinthine system of permits and corrupt government-mafia nexus had to be navigated just to reach the starting line of the entrepreneurial race. Thanks to the reforms and advances in technology, India has rapidly transformed. A significant policy change that occurred after the economic liberalization was the abolishment of tariffs on thousands of commodities and the opening of the Indian economy to foreign industries.

The fundamental feature of the opening of the Indian economy was creative destruction. Creative destruction is the central process of Capitalism whereby technologically better equipped newer industries displace the old ones. When India opened to the world in 1991, she was in an economically dire state of emergency. There was fear all around that the sudden opening of the economy will force many homegrown corporations to collapse in the coming years and the nation “will be sold” to foreign entities. True, many Indian companies reliant on obsolete technologies did collapse from the onslaught of creative destruction (Premier Automobiles, Gold Spot, Dyanora, HMT, Hindustan Motors, etc.) but on the whole, others adapted to the changing environment and upgraded their efficiency. As a result, it is the consumers who benefitted from cheaper and technologically efficient products that came into existence after creative destruction.

A chief factor in this creative destruction was that Indian firms that could successfully compete with foreign companies utilized the opening of the Indian economy to import various high-quality raw materials and technology. It was not by closing eyes and digging heads under the sand that Indian firms competed with the foreign ones but rather by colliding with them head-on. In the process, these companies had to import from other nations to make their products cheaper and more efficient for the consumers. Let me put it simply: Only by shattering the socialist mirage of self-sufficiency and welcoming the forces of free-market economics did India started on the path of rapid economic progress. A lot has been written by economists about how various companies and industries evolved and flourished in the post-liberalization era by accepting free-market forces. Let me here focus on this topic from a different perspective that may have missed economists’ scrutiny. I allude to the two most widely popular entertainments of our people: Cricket and Cinema.

In the United States, various professional sports leagues for Baseball, Basketball, American Football, and American Hockey have their roots stretching back more than half a century (more than a century in some cases). These leagues were always based on the principles of free-market economics in which private entities determined the cost of a player, advertising opportunities, worth of a franchise, etc. In socialist India, the national religion of Cricket did have many clubs spread across the country as well as cricketing teams of various states, Railways, etc. These teams competed with each other in many tournaments but in the socialist-era, there was a lot of government interference in such tournaments. As a result, not only the players but also the game as a whole suffered from a lack of financial resources. Except for sporadic wins, the Indian Cricket Team in that era did not perform well overseas. Additionally, domestic players lived in penury if they were not playing and doing well for the national cricket team.

Contrast this with the conditions after the 1991 economic liberalization and the commencement of the Indian Premier League (IPL) in 2008. As various reputed brands entered India after 1991, a lot of money flowed into Cricket and to the cricketers performing well at the international level. This helped all-around by improving the sports facilities available in every part of the nation and the performance of our cricketing team started improving. From 2008 onwards, as we fully embraced the free-market economics in IPL along the model of American professional sports leagues, new talent started coming to the forefront of the Indian cricket scene from every corner of the country. Jasprit Bumrah, Hardik Pandya, Yuzvendra Chahal, Ravinder Jadeja, Bhuvaneshwar Kumar, etc. there are so many players who now represent India at the highest level of the game after rising through IPL. They were already playing against and learning from the best cricketers in the world before playing in the national cricket team. Today, there are small-town cricketers from around the nation who despite not being in the national cricket team are not only earning well through IPL but can even afford personal coaches for themselves. This would have been impossible only a decade earlier. All of this happened because private enterprise was allowed to take over the game and free-market forces were given an empty stadium to sprout and flourish.

What IPL did to the Indian cricket in the past decade, Over-the-top (OTT) media services are now doing to the Indian cinema. Gone are the days when an independent filmmaker had to first accumulate funds for his project and then fight the even more acute battle of finding distributors for their content. In those times, even the movies made by well-established directors and producing houses went unnoticed in the international arena because foreign audiences did not have easy access to them. OTT is rapidly changing all this. Any new movie or web series made by a novice filmmaker can now easily be accessed by thousands of people around the world on the same day as it is released. It is an opportune sign that competition is rapidly being embraced by our filmmakers and a lot of world-class content has come out on OTT platforms just in the past three years or so. Many beneficial free-market forces are again at work here since literally hundreds of artists on-screen and behind the scenes (think of the performers in Sacred Games, Mirzapur, Bandish Bandits, Panchayat, Delhi Crime, etc.) have gained both money and recognition that may have not come their way for years (if at all) in the old days.

The central government aims to promote Atmanirbhar Bharat whose unstated aims seem to be self-reliance and increasing exports while decreasing imports. This is just a mirage. Take examples from around the world, there is no way you can produce everything competitively within your own country. Even the manufacturing factory of the world, China, is dependent for raw imports on other nations and cannot do without them. Trade is always a two-way process. You can choose if you do not want to trade with a particular country (like China or Pakistan) but you cannot make world-class products that can compete with foreign firms without importing many commodities for cheap from other countries. Take the example of batteries which would prove to be highly consequential in the era of renewable energy that we are moving toward. India does not have natural reserves of lithium and so it has to import the rare metal (vital for batteries) from Latin America. Similarly, India has to import copper which among other things is used in electronic circuitry. Should India give up the dream of becoming a leader in renewable energy and information technology in the coming decades because we do not want to import lithium and copper? No. Neither should India use homemade replacements of these metals if they are not as efficient as these metals.

It is because of such handicaps that come with trade barriers that Atmanirbhar Bharat is either bound to fail or (worse) take the economy down with it. This slogan is a mirage and harks back to those socialist times when India wanted its villages to be self-sufficient. Remember, in those times, without importing and adopting technological advances from other nations, India had the infamous ship-to-mouth policy whereby it was dependent every year on American food grains for making the shortfall. On the contrary, IPL and OTT have shown what benefits free-market forces can bring to India. In Cricket, our national team is a force to reckon with while I suspect the same will be the case in the coming years for our Cinema.

B. M. Mishra (1935-2019): A Tribute
Has the Indian Nation-building Project Been Comparatively Peaceful?