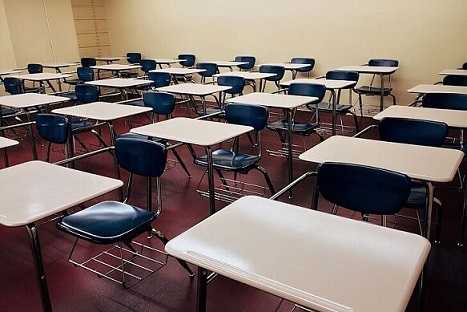 There are some policy issues over which the debate is driven by ideological leanings and/or the force of events that happened long back in history. Such a debate usually involves a lot of emotions and passion on both sides. CAA-NRC, Indo-US Nuclear Deal, Mandir vs. Mandal, are examples of some such issues that witnessed passionate heated arguments from both sides of the ideological divide. Then, there are issues concerning governance over which the debate is driven mostly by statistics and in which both sides dispassionately bring logical arguments to the table. The present debate around postponing the JEE and NEET exams is an example of the latter.

Parents and students across India are rightly concerned about these entrance examinations to be held next month amidst the COVID-19 pandemic. The stress and anxiety that students face before appearing in the entrance examinations have been amplified by the health and safety concerns arising from the pandemic. Furthermore, the frequent lockdowns on weekends imposed by many states is another factor troubling students since it might not be possible for them to reach their examination centers on time. As a result, there are unfortunate reports from different parts of the country of some students having committed suicides under duress.

On the other hand, the judiciary’s and government’s arguments are equally valid. Last week, the Supreme Court dismissed a petition filed by eleven students to further postpone the exams (the exams have been already postponed multiple times since April). The judges observed that “life must go on.” The National Testing Agency (NTA) which conducts these exams has also indicated that the exams would not be postponed anymore since that would adversely affect the academic schedule for next year.

The ensuing deadlock has disillusioned many thousands of students who are now taking to social media to voice their concerns. Their demands are being backed by various politicians from the opposition political parties (and the maverick Subramanian Swamy) who are either advocating either the postponement of exams, finding alternative ways of providing admissions to prestigious universities, or that exams be held at-home through the internet. They are also pointing out that the Parliament did not start its monsoon session on time and so how could politicians show double standards when it comes to health risks. Well, double standards and hypocrisy come naturally to politicians for one, and postponing a parliament session is not an unprecedented and chaotic scenario unlike not starting the academic year on time.

In all, the debate has the perfect recipe for being a lucid yet complex policy issue having no easy way out. No idea put forward by either side seems to fix the problem. To not hold the exams for a whole year would absolutely disrupt the whole educational system as twice the number of students would compete next year for the same number of seats. Even to postpone exams for a couple of months provides no guarantee of things getting better as the coronavirus cases are still rapidly rising across the nation and nobody knows until when the situation will remain bad. Finally, holding exams online would be a nightmare due to the poor access to reliable high-speed internet and personal smartphone/computers across the country. Besides, monitoring millions of students simultaneously in real-time or after the exam using a camera to detect if somebody is/was cheating in any manner would be almost-impossible humanly or using computer algorithms. This would bring the integrity of the whole educational system into question.

Additionally, the idea put forward by some politicians like Manish Sisodia that various “21st-century ways” of admitting students to the universities should be devised for this year is not only unfair to students but a prescription for chaos. This proposal is unfair since the students have prepared for a couple of years or more to excel in the said exams. To suddenly deprive them of their chance to ace these exams by admitting students based on other factors such as school grades would be immoral. Hypothetically, the NTA/universities may suddenly come up with an admission procedure on the lines of the United States/Canada/Europe where a combination of students’ grades, essays, recommendations, and extra-curricular activities are taken into consideration. Such an attempt will surely lead to chaos since candidates from affluent families/parts of the country and with privileged backgrounds (economic, caste-based, etc.) would be able to gain a more unfair advantage over others than they do presently.

In a way, the old educational system is to be blamed for the most part. Too much dependence on entrance examinations right from childhood has many flaws like putting high-pressure on students to excel a particular day, testing only the theoretical knowledge of a subject, having to choose between particular subjects and prepare for years to ace these entrance examinations, etc. Some of these have been corrected by the recently unveiled revised National Education Policy (NEP).

There is a wise saying: you go to war with the weapons you have now, not with the weapons that you will have in the future. I invoke this saying because to suddenly and blindly modify the whole admission procedure to the universities would be disastrous. The most that the government can do is to use the present system and modify it as needed for accommodating the students’ concerns. To this end, the government has issued advisory regarding proper sanitization of all equipment at the test centers, increasing the number of test centers, and possibly making the admit card to the examination also work as a travel permit to reach the testing center. These are all appreciable steps. What is wanting is a public statement and an open discussion with students by the Education Minister or the Prime Minister allaying the students’ concerns and taking them into confidence. These students are after all the future of our democracy and our planet.