Of Mountains and Musings 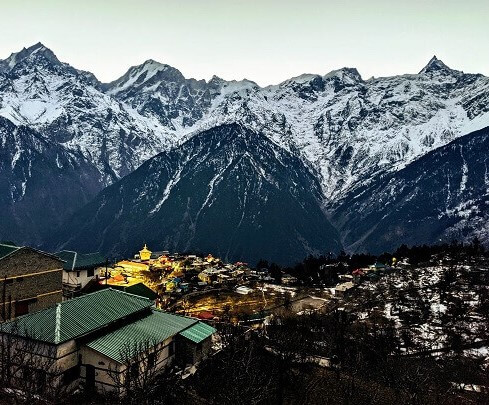 The majestic beauty of mountains, especially the Himalayas, is ethereal in a way that no other wonder of nature—oceans, forests, deserts—could match. The multitude of shapes manifested in the mountainous peaks, the mountainous slopes covered with snow and trees, and the winding rivers and valleys at the base together form a scenery that is other-worldly in the true sense of the term. While mountains often provide seclusion and respite from the heat, they help humans most in gaining a different perspective about life.

The first thing that invariably strikes an observer, even after having seen mountains a hundred times in life, is the majestic expanse of a mountain range. This huge discrepancy in size between the day-to-day surroundings and the mountains unfailingly provides a new perspective to the observer. It becomes easy to think about life in grand terms of what one wants to do, what has been done to achieve it, and what remains to be tackled. The dimensional expanse of mountains also (rightly) makes one feel really small and insignificant in the grand scheme of things.

Paradoxically, they snatch us away from our little trials and tribulations about “big” things in life and transplant us to a world where we focus on the “little” joys of life. Nation’s acerbic politics, cricket team’s poor performance, contemporary cinematic hits, everything becomes insignificant at the base of a mountain. Lit with a million stars at night, the glittering sky with towering mountains makes one realize that no matter what they achieve in life, it shall be worth nothing in the long term on the (minuscule) grand stage of our beautiful planet.

This brings me to the second thing that strikes an observer—the perennial nature of the mountains. It is so awe-inspiring to wonder that these mountains were present long before the distant ancestors of homo sapiens came into existence and will be there long after we would be gone. The feeling of the sheer insignificance of our life is compounded by the realization that it is inconceivable for us to visualize how it took millions of years for the mountains to come into existence and how they are still transforming as we speak. Too often we foolishly spend time pursuing petty pleasures despite our life being merely a blink in the horological perpetuity of the universe.

With size and time comes the perspective about identity, just like each mountain has a distinct identity associated with it because of its unique physical characteristics. We are shaped by an intermixture of so many sociological and financial institutions like family, religion, nation, company, democracy, etc. that it is easy to lose a sense of their relative importance in life. While the weightage that one assigns to these institutions vary, it is imperative to reassess the relative weights from time to time, and what better an opportunity to do so than while being surrounded by the majestic prescient mountains.

It is perhaps because of the above three factors that for hundreds of years, religions originating in the Indian subcontinent like Hinduism, Buddhism, Jainism, etc. have viewed mountains with reverence. Thousands of Hindu monks choose the Himalayas rather than the vast Indian oceanside, the Thar desert, or the Western ghats for meditation and hundreds of Buddhist monasteries lie scattered like jewels in numerous mountain valleys. Whole mountain ranges like Kinnar Kailash, Nanda Devi, Kailash Mansarovar, etc. are considered sacred in many religions. The seclusion provided by such untouched and untouchable mountainous features amidst a cold yet mentally stimulating climate constitutes the apt surrounding for self-reflection, self-realization, and Tapasya.

It is perhaps unfortunate and narcissistic that in recent times we have been naming various mountains after humans (Mount Everest, Mount Adams, Mount Jefferson, Mount Victoria, etc.). In this etymological sense, our forefathers were much more prescient since they named mountains after gods and nature (Nanda Devi, Kailash, Qomolangma, Tacoma, Kangchenjunga, etc.). It may be that humans have become delusional because, for the first time in history, we have the capability of fashioning mountains as per our wont by building highways, tunnels, helipads, etc. in the mountainous terrain. But, we must always remember that the more we will disturb the natural rhythm of the cosmos, the more adverse repercussions we shall have to face in the quest to dominate and refashioning nature.

But then, music and mountains go very well together. Whether it be Suhana Safar Aur Ye Mausam Haseen from Madhumati shot on Dilip Kumar and whose music was given by the brilliant Salil Chowdhury or Kishore Kumar’s Thandi Hawa Ye Chandni Suhani, you cannot go wrong amidst mountains with such timeless classics. Yet, in accordance with my thoughts above, I must end this writeup with one of the most sagacious songs of Hindi cinema (from the movie Guide), written by Shailendra Singh and sung in the immortal voice of S. D. Burman who also gave music in the same. Of course, and rather ironically but aptly, the song portrays the greatest romantic hero ever, Dev Anand.