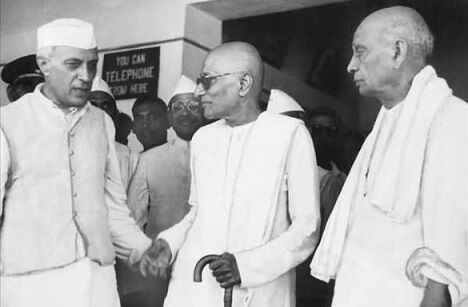 What if I told you that two days ago was the birth anniversary and thirteen days from now would be the death anniversary of one of India’s foremost founding fathers? I am sure most of you would not be able to guess whom I am referring to. Such has been the tryst with destiny for Rajaji who was often labeled as the wisest man in India by his contemporaries.

I first encountered Chakravarti Rajajgopalachari (Rajaji) when I loaned his English rendition of the Ramayana from my otherwise ill-equipped school library in the fourth standard. The book had such an impact on me that the next book I bought was Rajaji’s rendition of the Mahabharata. As I have written elsewhere, this act of mild blasphemy was committed against the wishes of my grandmother who is a deeply religious woman, and warned me against possessing Mahabharata inside our home suggesting that it leads to conflicts in the family (I still possess it). In addition to Hindu scriptures, Rajaji also translated Plato’s Trial and Death of Socrates (Socratic reasoning was his favorite mode of discussion) and Crito, Marcus Aurelius’ Meditations into Tamil, and Thirukkural into English. The song Kurai Onduram Illai composed by him is considered a masterpiece while he loved to quote Edmund Burke, Plato, Cicero, Samuel Johnson, among others. I did read more about him during my school time but it was only later that I came to know about other facets of Rajaji, the scholar.

Rajaji, Nehru, and Patel were described by a freedom fighter as being, respectively, ‘the head, heart and hand of Gandhiji’ while Gandhi’s biographer Louis Fischer had described Rajaji as the ‘third outstanding figure in Indian independence—Gandhi is its prophet, Nehru, its poet, thinker and crusader, Rajagopalachari, its statesman.’ There is a lively debate in political circles from many decades around the topic that why did Mahatma Gandhi choose Pandit Nehru as his successor over Sardar Patel. Many questions then arise from this debate the chief of which is what would have been India’s trajectory if Patel would have become India’s first prime minister. But, what if I tell you that Nehru was not Gandhi’s first choice as his successor? In 1927, Gandhi had regarded Rajaji as his heir. ‘I do say he is the only possible successor,’ Gandhi had proclaimed while a few years later, Gandhi had expounded Rajaji as ‘the keeper of my conscience.’

Even before Gandhi had returned to India from South Africa in 1915, Rajaji was moved by the former’s methods of civil disobedience and had started to publicize his work. Among other disciples (Nehru, Patel, Bose, etc.), Rajaji was the first one to follow Gandhi and soon emerged as Gandhi’s chief lieutenant in South India. In the 1920s, Rajaji understood Gandhi’s fanatical dedication to the removal of Untouchability and other social ills on the way to Swaraj (self-rule) before any other leader. While others were puzzled at Gandhi’s insistence on the emancipation of the Untouchables as the key to Swaraj (they considered it a distraction), Rajaji dutifully followed his master and understood that no real Independence could come to India without the eradication of social evils. In 1932, Rajaji was instrumental in brokering the Poona Pact compromise between Gandhi and Ambedkar. The compromise saved Gandhi’s life since he was at the time on a fast unto death. Later, the two were also bound in a familial alliance with Gandhi’s youngest son, Devdas, married Rajaji’s daughter Lakshmi.

If Rajaji was the first to follow Gandhi and the first to understand Gandhi, he was also the first to break away from Gandhi albeit only politically, the personal bond between them was way above politics. In the early 1940s, he devised the Rajaji Plan to start talks with the Muslim League about the division of India. The sagacious Rajaji understood before any other leader that Partition is fast becoming a matter of fate and that only talks with Jinnah could avert a bloodbath. For his impertinence, Rajaji had to even quit the Congress Party and face the ire of his erstwhile comrades. By the time Gandhi and others came to Rajaji’s view, it was too late, the Muslim League had gained immense strength while the Congress leaders had languished in prison during the Second World War. Ultimately, the Partition occurred broadly along the lines of the Rajaji plan. In 1947, witnessing the troubles between East and West Pakistan, Rajaji predicted that the newborn Islamic nation would break away into two in the next 25 years. We all know what happened 24 years from then.

Rajaji had a reconciliation with the Congress Party after Independence and served in many important roles. He served as the Governor of West Bengal, a delegate to the Constituent Assembly and a member of many important committees, succeeded Mountbatten as the last (and first Indian) Governor-General of India, succeeded Patel as the Home Minister of India, and later also served as the Chief Minister of Madras where he oversaw (rather grudgingly) the breakup of the state into two based on language. For his remarkable services in the nation’s cause, Rajaji was the first recipient of the Bharat Ratna in 1954.

In his late seventies by now, a lesser being would have peacefully chosen a life of retirement and calm, but not Rajaji. Witnessing the socialist and centrist turn in Nehru’s policies, Rajaji geared to mount the opposition against the same party that he had served for more than four decades and combat the same personality (Nehru) whom he regarded as his lovable younger brother. Rajaji’s principal biographer and his grandson, Rajmohan Gandhi has written, ‘From the late 1950s, when Rajaji was close to eighty, to the end of 1972, when he died at the age of 94, Rajaji was the period’s most notable—and most quotable—dissenting Indian….That from time to time he contradicted himself added to his liveliness.’ Again, though ideologically in opposition, the personal bond between Rajaji and Nehru survived the political breakup.

Rajaji understood very well that democracy functions robustly only when there is a strong opposition to restrain the ruling dispensation. He widely criticized the Nehru government’s policies in Swarajya with pieces like Wanted: Independent Thinking and Why I Show the Red Flag. In 1959, at the ripe old age of 80, Rajaji himself geared to directly mount opposition to Nehru’s Congress and launched the Swatantra Party. The party was an amalgam of leaders from various backgrounds but its chief plank was the idea of bringing free-market reforms in India. The Swatantra Party remains the only major free-market-oriented political party to have gained widespread support in India. Quickly, the new party became the second-most funded party in India while under criticism Nehru had to (thankfully) say goodbye to some potentially disastrous policies like cooperative farming.

In the 1962 elections, the Swatantra Party won 19 seats in the national parliament and many seats across state legislatures in India. It remains sort of a record for any national party who had come to existence such a short while ago. After Nehru’s death, by 1967, Swatantra Party doubled its tally in the national parliament and emerged as the main opposition party whereas Congress lost more than a hundred seats though it was still able to retain a majority. Additionally, the Swatantra Party also formed the government in Orissa and sent more members of parliament from some states than did Congress. The magic spell of the Congress Party had been broken and a genuine tradition of strong parliamentary opposition was established in India.

This is a few words is a short biography of Rajaji which does no justice to his multidimensional personality. Rajaji had so many facets (among them being witty and amusing) that it is impossible to write about him and marvel at his capabilities in just a few words. Even while in opposition to Nehru, Rajaji was campaigning for a world free from nuclear weapons and received words of high praise from world leaders. Rajaji’s appeals were so forceful and grounded in logic that President Nixon filled three pages of his diary about his conversation with Rajaji and claimed in his memoir later a single afternoon with Rajaji ‘had such a dramatic effect on me that I used many of his thoughts in my speeches over the next several years,’ while President Kennedy felt that ‘I have seldom met a man who had a more civilizing influence on me than Rajaji.’

Today, there is no Rajaji Day, no Rajaji Statue of Unity, not even an airport named after him. Such has been his fate perhaps because neither did any dynasty emerge from his family did he cultivate an image of the all-powerful infallible leader. He remains mostly forgotten and yet his contribution to the Indian democracy has been at par with those of leaders like Nehru, Patel, Ambedkar, etc. I wish people become more aware of him and he gets his due in the nation’s conscience.

Has the Indian Nation-building Project Been Comparatively Peaceful?
Of Mountains and Musings