North Korea on the Brink: Socio-Political Impacts of a Nuclear North Korea 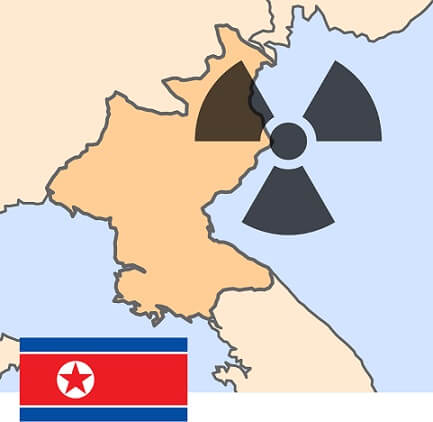 I would like to start with a quote. Lord Acton the English historian famously said, “Power tends to corrupt, and absolute power corrupts absolutely.”

Last month, U.S. President Donald Trump addressed the current North Korean leader Kim Jong-un as a “madman”. But, is he really mad and paranoid? Kim Jong-un is a determined man, determined to secure the survival of his regime. Make no mistake, he is absolutely corrupt amassed with absolute power and North Korea would be a much better place if she could do away with his regime.

Having said that, let me point to the difference between North Korea of today and that before Kim Jong-un. Why did I say that Kim Jong-un is a determined man? His grandfather Kim-Il Sung fought against the Japanese and had the daunting task of uniting a warn torn state. He also had to balance through the worsening relations between China and the Soviet Union. His son and Kim Jong-un’s father Kim Jong-il had to face a massive famine and re-orient the nation with a post-Cold War world. It was under him that to ensure security in a post-Cold War world North Korea actively started the pursuit of acquiring nuclear weapons. The difficult times Kim Jong-un’s father and grandfather had to face themselves provided the environment for holding together the totalitarian regime by spreading propaganda against the capitalist West. The times are different now. Any spark of internal dissent due to the disastrous economic policies and horrendous human rights violations might lead to the Arab Spring-like revolution spelling the end of the regime. Hence, Kim Jong-Un logically needs to create a vent for easing out the internal pressure. Nuclear weapons play a key role as an insurance policy in restraining the United States from intervening militarily. At the same time, they are presented by the regime as providing security and as an achievement to be proud of in compensation to the disastrous economic policies.

I presented this background to provide some history and context to the problem at hand. But, I am acutely aware that the topic of our discussion today is the current socio-political impacts of a nuclear North Korea and not the path forward, or to discuss that how we arrived at this situation in the first place. Later in the discussion, I would be happy to discuss these lingering questions. One must never lose focus over the larger geopolitical and historical context dealing with our present insecurities. Lest we forget (and it is very relevant to the current situation) that JFK was a single person minority at times in October 1962. Most of the president’s advisers were recommending military intervention in Cuba which could have led to disaster for the whole of humanity. Only he was able to place the Cuban Crisis in the larger context with Soviet insecurities around Berlin and NATO. The current conundrum posed by North Korea must be seen in two distinct contexts: The rise of her neighbor and largest trading partner: China. China is rising as a global superpower and is the economic lifeline for North Korea. But, China’s neighbors in Southeast Asia and Japan are wary of an increasingly assertive China.

The United States is torn between the choices this point in history offers her. On one side, she has played as a peacekeeper in distant parts of the world for decades now, but on the other side, she had to drink bitter potion recently in Iraq and Afghanistan. Furthermore, the current US government has shown itself to be more protectionist.

The territorial and economic ambitions that China has harbored in recent times have not gone down well in South Asia, Southeast Asia, and the United States. North Korea heavily relies on China conducting about 85% of her trade with China alone. China is the key to deal with North Korea so much so that most countries have their North Korean Embassy in Beijing rather than Pyongyang. But, how much influence does China possess over North Korea’s decision making? The relationship between the two has worsened over time. Recently, China has been increasingly embarrassed by North Korea’s missile tests and irritated finding a new entrant to the nuclear club in her neighborhood. China is also wary of increasing US presence in the pacific and in South Korea. From the other side, nationalism and jingoism in North Korea is so extraordinarily intense that on key issues she has started to view China as being the one playing North Korea as her pawn.

China with her rise as a global superpower will not be delighted to discover the United States advance in her neighborhood. She considers South East Asia and the Korean Peninsula like her own areas of influence and North Korea as a buffer state. The trouble is that any solution to the North Korean problem will inevitably involve South Korea and Japan, her two neighbors, and strong allies of the United States. China will have serious misgivings about such involvement. The United States’ current government seems to be high on rhetoric but lacking a two-pronged approach i.e. show of armed strength and diplomacy acting together. In this situation, it is China for her own motives which may start playing an active role in pushing the United States into the background. If the United States does not get her act right and this indeed happens, then the current North Korean problem will further escalate the rise of China. The United States must remember that sanctions in themselves are not a policy but tools to a wider strategy. Sanctions buy time to ponder over all available options. The economic bite of sanctions on North Korea will be devastating only if the United States is able to bring China on board and push for more stringent sanctions. But, here the difficulty is that China’s own northeastern region is heavily dependent on trade with North Korea. The United States needs to show not just her immense military strength (which by the way it is doing by unprecedentedly sending three aircraft carriers in the Pacific before President Trump’s upcoming Asia visit) but also keep all diplomatic channels open like it did with Iran.

Hence, to summarize, the greatest socio-political impact of a nuclear North Korea will ultimately depend on the choices made by the United States and China, while the United States, on the other hand, tries to contain growing Chinese ambitions.

Get the latest news right in your inbox.
I never spam!
Nehru's Tryst With Progeny