Three Contradictions at the Heart of Political Islam: Muslim World and the Taliban in Perspective 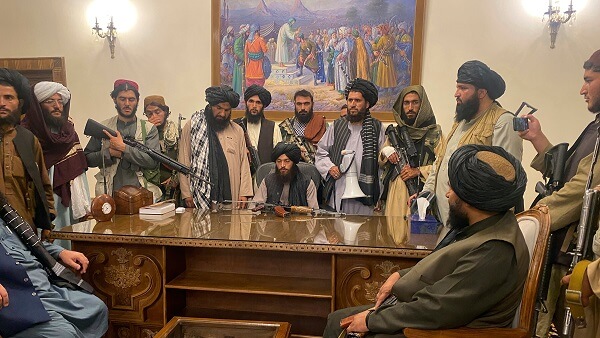 The sudden and tragic turn of events in Afghanistan has once again brought Political Islam (that too one of its most virulent variants) under the world’s urgent attention. Twenty years after 9/11, Americans are out of Afghanistan most haphazardly and the Taliban is back at the helm. The world is naturally panicking that the economic and social progress pulled off in Afghanistan in the past two decades will be undone by the Taliban in addition to gross human rights violations with disastrous consequences for the dignity of Afghan women. Another fear (justified because of the Taliban’s past record) is that Afghanistan may again become a sanctuary for other Islamic terrorist groups and thus a nightmare for the world (and India). At this inflection point where we do not know how the course of events will shape the future of Afghanistan, it may not be such a bad idea to point out three fundamental contradictions at the heart of Political Islam.

The first contradiction is the most obvious one—the ideology seeks to arrange the society in the 21st century as per the religious dogmas prevalent in the Arabic peninsula of the 6th century. It is absolutely unacceptable in our contemporary world that society should be arranged as per the doctrinal injunctions of more than a millennium ago. Let me mince no words here: This is the age of Democracy, not the age of Sharia. Human rights, freedom of speech, transparency in governance, free and fair elections, protection and flourishing of minorities, peaceful political opposition, and an independent judicial system based on contemporary norms are some of the features of the 21st-century world. Under no circumstances can it be justifiable today to oppress women and minorities and rule a nation-state strictly by scriptures. The world is already tolerating many such Islamic nation-states solely because of geopolitical interests and not out of any sympathy or admiration.

It is tragic that unlike the other two great Abrahamic religions—Christianity and Judaism—Islam has not seen any reformation since its inception. It has stuck to its roots in the changing world even though the greatest victims of its orthodox attitude toward society have been Muslims themselves. Unfortunately, there are many fundamentalist elements in Islam across the world who routinely shout over the progressive ones. The abominable absolute dominance of males over females and the atrocious attitude of many Islamic adherents towards the followers of other religions/Islamic sects have caused great damage to Muslims themselves. Whether be Afghanistan, Iraq, or Syria, it is the Muslims of various denominations who have suffered the most at the hands of their brethren because of various virulent ideological divides. Thus, it is hypocritical that many of the same supporters of Palestine are now quiet when the barbarous Taliban has taken over Afghanistan. The Middle East has some of the most volatile countries of the world with gross injustice of human rights and women’s dignity. Clearly, wrapping the 21st century’s society with decrepit clothing from the 6th century can only make it ghastly and ghoulish.

The second contradiction at the heart of Political Islam is that despite various appeals by its adherents of uniting all the believers and creating an Islamic Caliphate across the world, the Islamic World functions not as a centralized religious state but as many decentralized and diverse nation-states. ISIS whose ultimate aim is to establish a worldwide theocratic Islamic caliphate is the abbreviation of the Islamic State of Iraq and Syria (both nation-states). The two main power-centers of Islam which are at odds with each other namely the Sunni-dominated Saudi Arabia and Shia-dominated Iran act as nation-states as well when it comes to dealing with each other or the world community. The Islamic world diplomatically supports the cause of Palestine against Israel (both nation-states) within the procedures laid by the United Nations for nation-states. In all three examples, note carefully that despite the rhetoric of a pan-Islamic brotherhood, any Muslim living in any part of the world derives his/her chief political identity from his/her nation-state and is bound to the interests of that nation-state.

In fact, the presence of many power centers (in the form of nation-states) and the humongous amount of diversity within Islam itself preclude the formation of a pan-Islamic identity across the world. Thus, Pakistan is quiet when Uyghurs are being racially cleansed by China because it is against what Pakistan perceives as its geopolitical interests. Similarly, many nations in the Middle East have started to follow independent foreign policy measures of softening toward Israel in the past couple of years. It is impossible to imagine that the overwhelming majority of Indian Muslims (the largest population of Muslims to have continuously tasted the sweet nectar of democracy after the Second World War) would not stand by any decision taken by the Government of India in the interest of the nation but against another Islamic country. Similarly, it is quite unthinkable that the nation with the most number of Muslims i.e. Indonesia will start following the same foreign policy as Saudi Arabia because of their shared religious affinity. Our world order is a structure whose constituents are nation-states and even Political Islam functions within the bounds set by national boundaries and identities, no matter if its rhetoric is “Muslims of the world, unite!”

The third contradiction at the center of Political Islam is that it sows the seed of its downfall everywhere by taking a brush and painting the whole of the society in a nation with the same paint. Wherever Political Islam has come to power in a diverse nation with many cultural, linguistic, or tribal identities, it has failed in producing a prosperous nation-state whether it be Pakistan, Iran, Turkey, or Afghanistan. Economic progress, at least when a nation-state does not have oil as the chief energy resource, depends on freedom, tolerance, and the flourishment of minorities. It is no secret that except China, the most advanced countries of the world are those where minorities flourish and actively participate in nation-building. Entrepreneurship and expertise in the manufacturing and service sectors need ingenuity and trust that can only be established when the whole of society comes together. Internal strife can never go hand-in-hand with economic and social progress.

As India and other peace-loving nations figure out how to deal with the Taliban in the coming days, the above contradictions may help in giving some perspective to the politics of the Islamic world. When I think about the options that India can pursue concerning the Taliban, Tulsidas’s beautiful lines from the Ramacharitramans come to my mind:

(There can be no friendship without instilling fear)

Religion and Science in the 21st Century: The Differences and the Meeting Ground of Advaita Vedanta
The Illusion of Free Will: Reflections Based on Self-experience