Religion and Science in the 21st Century: The Differences and the Meeting Ground of Advaita Vedanta 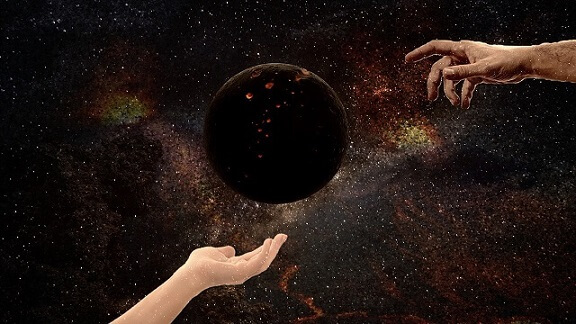 Religion and Science, often these two words, when they appear together, invoke a feeling of being absolutely contradictory to each other. This is mainly because most of our learning since our most impressionable years as children have been through the cultural leanings borrowed from the West. This phenomenon is just the outcome of the scientific and economic dominance of the West in the past four centuries. We have all read about Galileo’s trial, the Crusades, and witch-hunting in the middle ages. However, many instances of how dogmatic religious practices can harm society’s advancement (i.e. providing a better quality of life and prosperity for all) existed in the East as well (Caste System and Sati in India, Foot Binding in China, etc.). But, must these two terms always invoke opposing emotions in the 21st century?

Before considering the above question, let us first understand what do we mean by the terms “Religion” and “Science.” To accommodate various religions/schools of religion (like Buddhism and Advaita Vedanta) that do not believe in the existence of an all-powerful superhuman God, let us define religion only as “a social institution with some beliefs and rituals related to leading a subjectively good life.” These beliefs and rituals are usually shared by the followers of a religion and help in the growth of this social institution. But, one might ask that even other social institutions like Nation and Democracy can satisfy the above definition. Yes, they can. But what distinguishes Religion is the fact that it deals with answering questions beyond our familiar space-time continuum (the reality plane) like that of reincarnation, the origin of the universe, events in the afterlife, etc.

We live in a world dominated by scientific progress and are so used to the usage of the term “Science” that it has unfortunately become a subject, a philosophy per se, while its original definition does not come to our mind anymore. Science is the process by which we try to study and understand the structure and behavior of everything around us through observations and experiments. The keyword in the previous sentence is “process.” Scientific Method (which we generally abbreviate for Science) is a process containing four steps: Observe, Hypothesize, Predict, and Experiment. We routinely undertake the scientific method. For example, if I “observe” that my friend has all the symptoms of fever and yet her thermometer is giving a normal reading, I will “hypothesize” that her thermometer is not functioning. I will then “predict” that a new thermometer should give a correct reading. Thus, I will buy a new one and test her temperature (“experiment”), and accordingly accept or reject my hypothesis.

Thus, Religion, in effect, is a social institution guided by some philosophical beliefs and rituals while Science is a method containing four steps that we use to understand various objects and phenomenons around us.

Definitions out of the way, let us take a moment to reflect on a major chasm between Religion and Science—they act in different reality planes. Though the ritualistic arm of religion (going to temples, offering food to the needy, praying before meals, etc.) is what we frequently observe in our daily lives, the beliefs arm of religion generally deals with otherworldly phenomenons (virtue and sin, boon and curse, heaven and hell, gods and demons, etc.). On the other hand, since we are unfortunately constrained by only being able to make observations—the first step in the Scientific Method—in this world (our reality plane), we can only pursue the Scientific Method to answer questions about our world.

With this background, we can now tackle the question that why Religion and Science usually seem to be at odds with each other even though they function in different reality planes. The answer to this is twofold. One, religious beliefs and practices pertaining to our reality plane often contradict the truths we have established through scientific inquiry. For example, astrology which has an elaborate backing in many religions and is used to make predictions about everything (hilariously I must add), has been shown to be nothing more than pseudoscience in various controlled experiments across the world. Another example is the creation myth that humans originated from Adam and Eve which scientific inquiry has again falsified. A final example is how before scientific inquiry made us understand more about diseases and pandemics, various events were thought to be divine retributions. Two, religious beliefs and practices pertaining to other reality planes cannot be validated through scientific inquiry. Various atheists and agnostics abhor it when a believer tells a religious story whose characters are gods and demons and whose setting is based on the concept of heaven or hell. Ramayana and Mahabharata from a humanistic perspective are loved by all but as soon as reincarnation, gods, and boons are introduced in their telling, many people tend to question their validity.

Now, to our original question: must these two terms always invoke opposing emotions in the 21st century? Up until now, we have discussed the definitions of Religion and Science, the major chasm between the two, and why the two seem to be at odds with each other. It is as if there is no middle ground between the two. It is a no-brainer that, if I do not write any further, then anybody would conclude from the above that yes, Religion and Science are contradictory so to say, and must invoke opposing emotions. And yet, that saffron-clad yet meat-eating, soft-spoken yet fierce-orator, enlightened yet worldly, Swami Vivekananda once remarked that any religion that does not pass the test of Science must go. In the same vein, one of the greatest physicists, Albert Einstein also remarked, “Science without religion is lame, religion without science is blind.” Why?

The answer can only be reached through a scientific inquiry into various religions and may vary from person to person. To me, the answer seems to lie in the precepts of Advaita Vedanta whose most famous propagators were Adi Shankaracharya and Swami Vivekananda. The absolute form of Advaita Vedanta does not have anything to say about the afterlife and reincarnation, virtue and sin, boons and curses, heaven and hell, etc. In fact, it deals with our world just like the Scientific Method. Advaita Vedanta believes in the realization of Brahman—the supreme consciousness pervading all entities—through various paths (Bhakti Yoga, Karma Yoga, Jnana Yoga, and Raja Yoga). Three of the four paths (except Bhakti Yoga) do not require any belief in a supernatural entity (though Bhakti Yoga has been said to be easiest for realizing Brahman by none other than Krishna himself). The scientific inquiry into our existence, through as much as we know about our Universe in the 21st century, tells us the same—that every living or non-living entity in our universe is based on the same atomic particles and originated from the same singularity. It is thus fascinating to observe that thousands of years ago when human survival was so much harder and lifespan was a fraction compared to now, philosophers in the Indian subcontinent created a school of Hinduism that we are only now able to appreciate from the prism of Science.

Since I have not realized the Brahman (of course!), I am still open to the possibility, as I should be in the steps of Vivekananda himself, that Advaita Vedanta may also be repudiated by the Scientific Method. It may turn out that in the far future, the Scientific Method would have the tools to establish that there is no supreme consciousness flowing through the Universe, and all who claimed to have realized the Brahman were just hallucinating. But, there is nothing stopping one today.

The Most Socially-Challenged Smart Minds: Pitfalls of Studying Engineering
Three Contradictions at the Heart of Political Islam: Muslim World and the Taliban in Perspective