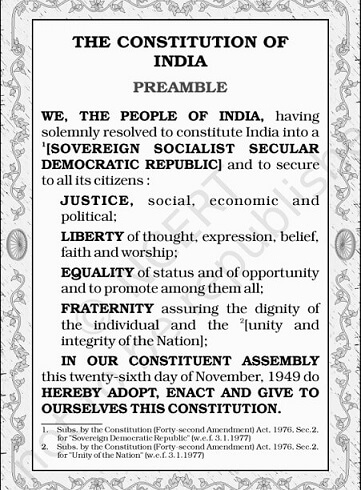 As we enter 2020 today, let me start this write-up with a disclaimer: In India, if Sharma Ji’s spoiled son has the single “virtue” of being good at studies, the society exonerates him of seven sins (saat khoon maaf). Confused? Well, the political equivalent of this statement is that a government’s shortcomings and disasters are ignored to a large extent when the economy is doing well. If in India of the post-reform era, the economic growth has come to a sub 5% level and has started to hurt the poor, every action taken by the government is seen as a thorn in the flesh. The stalling and worsening economic growth has become for this government the Shakespearean equivalent of Lady Macbeth’s “damned spot.” Despite the positivity, hope, and optimism that should accompany the inauguration of a new year, an evaluation of 2019 to forecast the nation’s polity in 2020 invokes mixed feelings at best.

In an equally smug reversal of King Louis XV’s famous phrase, Prime Minister Modi is often seen as approaching the West with the words: “Before me, the deluge.” He portrays himself as the greatest showman since Independence, a world statesman, and the leader who can do no wrong. Yet, the year 2019 was simply a year of missed opportunities for India and in fact, exacerbated India’s problems. The hugely hyped Modi-Trump summit was buried beneath partisan barbs over interfering in the elections of another sovereign nation and nothing far-reaching came out of the meeting amongst the paraphernalia of celebration. Some of our key South Asian neighbors also started to cozy up to China. Gandhi’s 150th birth anniversary which was being planned by the government since 2014 turned out to be just another anniversary of the nation’s father. Modi’s own write-up about Gandhi in the New York Times came out as hollow with no mention of Hindu-Muslim unity for which Gandhi had ultimately sacrificed his life. Furthermore, India somehow managed to make all the news for the wrong reasons. The abrogation of Article 370, the attempts to glorify Nathuram Godse and redefine the Gandhi-Savarkar equation, and the fiasco around the National Register of Citizens (NRC) and Citizenship (Amendment) Act (CAA) forced the government to be on the defensive in its outreach to the West. After two decades since the 1990s, India checked all the wrong columns to be in the bad press in western media consistently for five months (starting on August 5). Something must have gone seriously wrong to deserve opprobrium on the first page of all major leading dailies in the West. But, oh! a die-hard fan of the ruling dispensation may argue that India should not care about her perception in the west. Of course, then the same die-hard fan must not feel proud when the prime minister goes around the globe hugging the world leaders, chooses the editorial pages of foreign newspapers to publish his ideas, and portrays himself as the harbinger of India’s enhanced reputation on the world stage.

It was not that everything the government did was a failure or was done in bad faith. To be sure, the response to the Pulwama terror attack signaled a new and welcome change in India’s foreign policy towards Pakistan while many of Modi 1.0’s initiatives like the implementation of the Goods and Services Tax (GST), Swachh Bharat Abhiyan, and rapid development of infrastructure have started to pay huge dividends for the nation. The 2019 General Election won by Modi also pronounced a decline (one may hope that it is the beginning of the end) in politics centered around caste and deep-rooted nepotism. However, at a time when the prime minister was re-elected with a resounding majority and could have positioned himself as the true statesman-like leader representative of all Indians (like his predecessor in the BJP, Atal Bihari Vajpayee who did the same despite heading a coalition government), he and his government renewed the war on India’s universities and its minorities. CAA was a prime example of the government viciously attempting to expose the fault lines in India’s diversity which have not healed in seven decades since Partition. With NRC and CAA, the government has openly tried to acknowledge Jinnah’s two-nation theory which was discarded by our founding fathers while drafting the constitution. Pushback was inevitable and came swiftly. Not only swiftly, but it also came across the whole nation and without centralized leadership which further rattled the government because it could not portray the protests as organized by opposition parties. The government belatedly acknowledged that it has swallowed more than it could digest and for now it is in trying to transition to play on the back foot. Whether this is genuine or a ploy to buy time, posterity will tell.

The road to autocracy goes through fictional narratives and paranoia. The fictional narratives of Hindu Rashtra, of Hinduism being the greatest human civilization that ever was or is, and the perennial battle between Hindus and Muslims has done enough damage to the nation. These combined with the paranoia being stoked from the fear of Pakistan (a failed ideological nation-state unworthy of India’s competition) can only lead to disaster. Remember, India’s greatest political strength (the commercial equivalent of USP) has always been its diversity. There is no way India can progress sans its flourishing minorities. The combined dose of blind nationalism and paranoia against minorities at the time of economic slowdown does not augur well for India. Declaring war on our nation’s academic institutions will only breed more paranoia. To not accept that students should hold and express their political views openly is to push them towards a system that can only produce cattle-like citizens, unworthy of the largest and most diverse democracy in the world. And, we have been there before.

Indira Gandhi was the Goddess Durga incarnate after India won the 1971 war under her leadership. She was invincible in the country’s political landscape. But, the economy does not care about political achievements. Her disastrous centralization of the key industry with Soviet-style socialism backfired. Student protests were vehemently crushed. By 1975, the dose of nationalism was not enough to keep her in power and Emergency was declared. While it is almost impossible to declare Emergency in today’s India, the government may take a more authoritarian turn in the face of the economic downturn with the same final result. No leading public figures commanding widespread respect like Jayaprakash Narayan and J. B. Kripalani are alive today to mount an opposition to the government. The good news is that the federal balance of the nation is being restored with the formation of non-BJP governments in many key states in the past thirteen months. As I wrote after BJP’s victory in 2019, only Federalism has the potential to “challenge the hegemony of Hindutva.” The system of checks and balances that comes with Federalism will hamper the government from running amok and degrade further many of the public institutions that it has managed to crush. Finally, Prime Minister Modi is a very astute and grounded politician with his ears firmly fixed among the masses. He knows very well when his actions are hurting his voter base in India and his image abroad. He may yet backtrack his feet and abandon the path towards which he is taking the Indian democracy. Thus, 2020’s single-liner may well be “Hum Dekhenge” as the immortal title of Faiz’s beautiful poem reminds us.

Delhi—Pollution and Perspectives
The Curse of the Bombardment of Information