International Cooperation is a Necessity More Than Ever: The United Nations Must be Reformed or Replaced 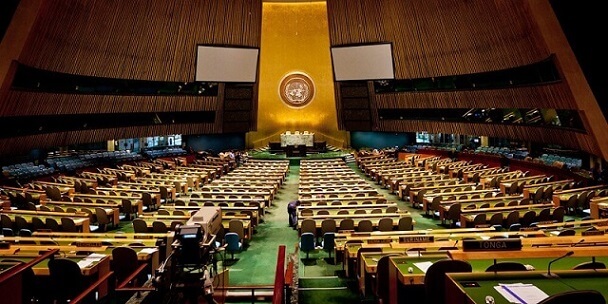 The epidemiological pandemic, COVID-19, has accelerated the development, proliferation, and acceptance of many newer technologies that would have otherwise taken years. Virtual learning, work from home platforms, online shopping, digital transactions, food delivery, OTT services, etc. are just a few of the avenues that have seen large-scale acceptability and changes in the past few weeks, while many more technologies are yet to come. In many ways, the same trend of various developments getting accelerated has been unfolding in geopolitical affairs.

China’s rise, America’s isolationism, the breakup of the old world order, the helplessness of many individual nations in combating the pandemic without international cooperation, and redundancy of the old international organizations like the United Nations and the World Health Organization (whose role during the onset of the pandemic has been much criticized) are a few trends that were already manifesting from the past decade but have accelerated and gathered renewed attention in the light of COVID-19. Furthermore, we are living through an unprecedented refugee crisis (more than 30 million as of late 2018) which is only getting worse due to evictions and homelessness, and an economic recession that is increasingly worsening to the alarming levels of the Great Economic Depression. If there was ever a time for strong collaboration between nations, it is now.

As the Second World War ended, Europe was devastated. It had become a spent force while America and the Soviet Union were already gearing up for the Cold War. Even in such precarious circumstances (and to an extent due to them) right after the unprecedented destruction and loss of millions of lives during the War, some world leaders had the good sense of establishing common forums for resolving disputes, promote consultation, and enhance economic cooperation. The United Nations, World Bank, International Monetary Fund (IMF), the International Court of Justice (ICJ), and the World Health Organization (WHO) are all the products of that era. Among these, the United Nations has ever been the most significant. This is because of the extent of the issues that it traditionally arbitrated ranging from civil wars, nuclear proliferation, peace promotion, inter-border disputes, etc.

The United Nations as conceived highly realistically and optimistically in 1945 was a common forum for the world powers to deliberate on geopolitical affairs. The Soviet Union, the only undemocratic nation among the members of the security council and an avowed enemy of everything the West stood for, agreed to enter the organization because a veto-based system of decision making was put in place. Despite the great power rivalry between the US and the USSR, in various parts of the world, the United Nations remained a credible forum to present one’s case. Despite its biased nature, a certain sense of faith always remained in the adjudication and deliberation of this organization. it provided a common platform every year to cultivate mutual trust between the leaders and diplomats of each nation. Thus, the role of this organization in ensuring that the Cold War remains cold and promoting world peace must not be underestimated. Today, it seems like the United Nations, in its current form, has outlived its very purpose.

To start with, when it was conceived, four of the five members of the UN Security Council (America, USSR, Britain, and France) were natural choices for inclusion in the body. Today, three of the world’s five largest economies (Japan, Germany, and India) are yet to find a place in the Security Council despite actively bidding for it from the last fifteen years. This in itself has eroded much credibility of the organization. Second, the ecological catastrophe, Global Warming—mother of all pandemics—is unfolding in front of our very eyes and the United Nations has so far been unable to decisively respond to it. As more severe refugee crises unfold with the economic recession in an increasingly interconnected world, the need for a common forum to deliberate over these international challenges cannot be understated. To misquote an old phrase, the United Nations has today become the sick man of the world.

If these arguments concerning the fate of millions are not convincing, then it is not too hard to see that we may be standing at the cusp of a new cold war. The loss of trust between China and its neighbors and the West is fast unfolding into a new cold war crisis. The present Indo-China confrontation, the anti-China “rivalry” between Democrats and Republicans in America, and the aggressive domestic and foreign policies being taken by China in Hong Kong, Xinjiang, and its neighborhood are only making the world more unstable. The distribution of the powerful nations once again into such blocks without an international body with some semblance of trust does not bode well for world peace. Only an international body with the ability to enforce its writ to a tangible extent can help us in such precarious times. However, there are two big impediments for this venture.

First, the current nationalistic fervor in most powers is decidedly against internationalism. This is unlike after the Second World War when all powers were consciously aware that it was precisely the unchecked forces of German and Japanese nationalism that led to the devastation across the world. Second, the preeminent power in the world, the United States is increasingly abdicating its traditional postwar role of being the watchman of the West and the world. An international organization such as the United Nations without the United States would be like the International Cricket Council without India—meaningless. With nationalists in power everywhere, international cooperation remains a mirage. Being separated on either side by oceans, Isolationism was undoubtedly a fruitful policy followed by America for most of its history but in the nuclear age, the implications of this policy can only be disastrous. In this sense, the upcoming presidential election in America will indeed be momentous.

Yet, no matter what nationalist leaders may try to do, the bandwagon of globalization and interconnectedness has long left the depot. Even against their will, the unfolding epidemiological and ecological pandemics will force the nations to work more closely or risk a catastrophe. As Victor Hugo remarked, ‘Nobody can stop an idea whose time has come.’