Reminiscing the Visit to a Synagogue 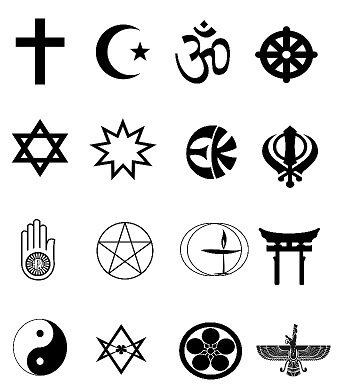 Exactly a year ago, I had received an opportunity to visit a synagogue when my friend, Neil, delighted everyone on our team by announcing that he had just stepped into parenthood and would be hosting a traditional Jewish ceremony to mark the event. His wife had given birth to a beautiful daughter and we all congratulated the couple as soon as we received the pictures of the newborn. Of course, the baby girl had already been named as required in American hospitals before discharging the newborn, but the couple was unwilling to announce her name to us. This was in line with the Jewish tradition whereby the parents reveal the newborn’s name to others only at the religious ceremony. I was so excited at the opportunity to witness this ceremony at the synagogue that in the end, I turned out to be the only member of our team to show up!

The ceremony was on Saturday and Neil had mentioned that he would be unable to use his phone that day. When I asked him the reason for the same, he made me aware of the Orthodox Jewish customs associated with Sabbath (the day of religious observance from Friday evening before sunset to the sunset on Saturday) when it is not permitted engage in work-related activities (hence his inability of using a phone, laptop, etc.). The origin of this custom seems to come from the Ten Commandments and the Torah authored by Moses. One day of the week is set aside to rejoice with one’s family in devotion to the Almighty. Certain activities such as transportation, cooking, working, etc. are forbidden. This might have worked well—and comfortably—in ancient times, but, to me, who had no inkling of this custom at the time, it came as a revelation that my coworker and a vast multitude of Jews stringently adhere to the custom every week. He further informed me how this ancient custom has been interpreted in our times by various priests to lay a set of rules that Orthodox Jews still follow. For example, they can neither use any automobile nor any gadget during the Sabbath (though in my opinion, the latter one is not necessarily a bad thing; in fact, is a blessing in disguise), they can neither cook food nor tear anything (the workarounds to which is another topic altogether due to the universal use of toilet paper in America), and are neither allowed to eat certain kinds of food nor can they kindle fire, among other such restrictions. It was just astonishing for me to think that a large number of Jews still follow these set of rules rigorously and this further increased my curiosity about Judaism. I quickly prepared a small gift card on Friday night and as instructed by him, I wore a formal suit the next day.

In the bus next morning, it was rather amusing for me to observe that a Christian driver was taking a Hindu passenger who was listening to an Islamic poem sitting beside a Sikh man to witness the naming ceremony of a baby girl born to Jewish parents. It made me wonder that in how many places except the United States (and perhaps Mumbai and Kerala) would this be a commonplace event. A quick Google search on the way to the synagogue informed me that it was an Orthodox one. I was fortunate that all my perfunctory questions such as what should I wear, if I should take off my shoes before entering the synagogue, if I was allowed to enter without a Kippah etc. were already answered by Neil the previous day. Still, only half-confident about my conduct so as to not hurt anybody’s feelings, I entered the synagogue while talking to two visitors whom I had just met outside. I emulated my warm new friends like the proverbial imitating monkey in everything they were doing. The girl led the way to show me the right place to stand in the crowd while another person politely brought into my attention the absence of a Kippah on my head. With a sheepish smile, I informed him that I am not Jewish and he smiled back nodding (without any doubt I was the only member of my species in that hall). By then, someone brought two books (one of them being a copy of the Torah) and a Kippah for me and politely asked me to wear it if I were to feel comfortable in doing so. I wore the small hat and thanks to the peculiar (and involuntary) tendency of my hair to adjust themselves, I was able to sport the Kippah without any clips to hold it. I think the recent debates regarding religious symbolism that have gained widespread currency in India had forced me to think for a moment before putting on the Kippah. In the end, I remembered how I proudly and reverently cover my head every time I visit a Gurudwara and made the decision to put on the Kippah equally reverently.

The synagogue was relatively smaller than I had expected. It was divided into two parts by a partition made of wood and glass which separated men and women. It made me wonder if this was an act of segregation or that of ensuring “purity of mind” by decreasing the likelihood of stray thoughts invading the human mind while being engaged in the act of praying. Anyway, everybody faced the priests who were reading from the Torah while Neil stood beside them. The first novel experience for me came when I sneakily saw the page number in the Torah that the person next to me was reading from and tried to navigate. Having never read a book written in a script that flows from right to left (like Urdu or in this case, Hebrew), the usual habit of flipping pages from right to left proved to be a disaster since the book had to be navigated in the opposite direction.

From what I could understand, the Torah contained religious commentary not very distinct from that in the holy books of other religions. Two or three men sitting beside me introduced themselves in a soft voice, one of them being Neil’s father-in-law. He recognized me since he was informed by Neil about my visit. In time, I felt more comfortable as I started to converse with him. After a few minutes, Neil started to walk back towards us while everyone rose from their seats to congratulate him. I too greeted him with “Mazal Tov!” to which he replied smilingly that I got it correct at the first try.

Amidst the raising of wine and toast and greetings of “Sabbath Shalom,” Neil announced the name of his daughter which was both cute and thoughtful: Ayelet (Hebrew) which refers to the magnificent creature, Gazelle. Having fulfilled the chief aim of my visit, I started to wonder about the parallels between Judaism and religions originating from the Indian subcontinent, in particular, Sikhism. The reading of verses from the Torah and placing the holy book on a pedestal behind a curtain after the prayer ceremony struck me as the first similarity between the outward paraphernalia of these two religions. The second similarity that I noticed between these two religions in this aspect was the adornment of particular objects by the followers (Kripan, Kangha, and Kada by Sikhs; Tippah and Tallit by Jews).

There were also similarities in the sense of brotherhood, bonhomie, and outward worldview of these religions. The followers of both religions tend to work very hard and have made disproportionately exceeding contributions to society compared to their population. Such is the sense of service and respect for work in these two religions that it is almost impossible to find somebody sitting idle at home or dependent on alms to survive rather than working to earn a living. The sense of self-respect in these religions also has roots in the past. While Jews were prosecuted across Europe for centuries, hundreds of thousands of Sikhs lost their lives, property, and livelihood in the riots accompanying the Partition of India. In a loosely similar manner, for both religions, the traditional homeland was divided and continues to remain so due to political actions outside their control.

The last feature that struck me was the tendency among my newly-made friends to look toward Israel as their homeland. It was interesting to witness how the allegiance to one nation-state (in this case the United States of America) could at the same time have a peaceful confluence and coexistence with that of one’s religious homeland. There were many in the synagogue that day who had lived in or visited Israel, one Israeli teenager who was spending her summer in America to render service to the synagogue, and some who had never traveled between the two countries, and yet they all loved both America and Israel dearly. Such has also been the case with Sikhs in India (except during the tumultuous events of the 1980s) who rejoice their Sikh identity as much as they feel proud of being Indians. In my mind that day, I realized that American Jews and Indian Sikhs may be fitting examples of the visionary Hindu Sanskrit phrase: Vasudhaiva Kutumbakam (the world is one family). However, a large number of Jews in Israel and Sikhs outside India are sadly a different story.