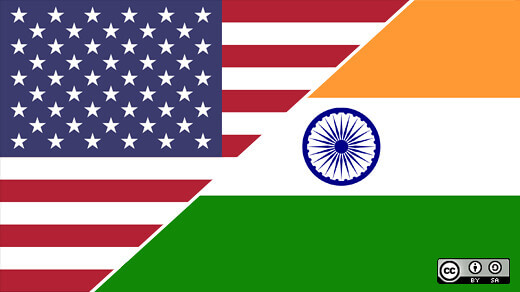 A decade ago, President Barack Obama termed the United States of America and India as natural allies. One is the world’s oldest democracy while the other is its largest. Both nations are highly diverse across multiple sociological and cultural axes. Perhaps the biggest casualty of the Cold War was the relationship between these two “natural allies.” Anyhow, now when these two democracies are closer than ever before, it might be a good time to reflect on what they can learn from each other. Situated at the opposite ends of the globe as bastions of plural societies, they are bound to play major roles in the twenty-first century.

The first thing to note at the outset is that since the structure of the Executive branch of the government is fundamentally different (American being presidential whereas Indian being parliamentary), I will only focus on those points which are independent of (or at least very trivially correlated with) this characteristic. Similarly, I will not focus on specific policies of the government such as views on being a welfare-state, specific foreign policy-based issues, or domestic concerns regarding the relationship between states and federal/central government. Neither shall I focus on specific personalities, bureaucracy, or political campaigns. Of course, some issues are common to both democracies such as the disappointing ratio of female to male parliamentarians, extravagant spending on elections, and how private enterprise funds political campaigns in an opaque manner and influences the incumbent government’s policies. Instead of these, I will try to succinctly focus on the larger picture (succinctly since each of these points can be made into an article on its own).

A fitting conclusion might be the advice given by Kabir which political leaders in both nations should follow irrespective of where it is coming from: