Abolition of Article 370 of the Constitution of India 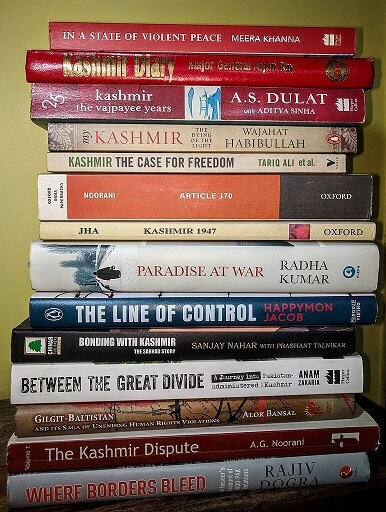 Let’s start from the beginning. Article 370 was introduced as a temporary measure, to be valid until the formulation and adoption of the state’s constitution. The state of Jammu and Kashmir was brought into the rest of the Union with the help of three bridges i.e. terms on which the state acceded to India: defense, communications, and foreign affairs. Since India was neither able to resolve the issue of disputed territory nor build trust among Kashmiris to give up their autonomy, the law enacted as a temporary measure continued. It is open knowledge (even recently acknowledged by the Home Minister in the parliament) that successive elections in Kashmir for decades were rigged by the Indian authorities. Successive governments in the past seven decades also slowly weathered down Article 370 so that in addition to the three bridges mentioned above, many more canals were dug under the beautiful valley to hold it. It is to these measures that we owe so many beautiful movies and songs filmed in Kashmir, the most memorable (in my view) being Kashmir Ki Kali.

One thing you can be sure about of Narendra Modi is decisiveness. Whether it be the disastrous step of demonetization or the disproportionate (and fitting) response to Pulwama terror attack, the prime minister has an immaculate sense of timing backed by surprise and resoluteness. While Congress governments were chipping away Article 370 slowly from decades as if preparing a Halal cuisine, the BJP butchered the luckless animal with a Jhatka. Whether it be Atal Bihari Vajpayee who similarly orchestrated nuclear tests in a jiffy or this step by Narendra Modi, BJP has shown itself to be a party which walks the talk and not just talks the talk. Thus, all credit goes to the prime minister and the government since this was essentially a political decision.

Let’s now first look at the timing of the decision and then at its execution. All thanks to President Donald Trump and Prime Minister Imran Khan for giving statements in the past few days which would have made any Indian government uneasy, let alone this one which cannot let its nationalistic credentials come into question. I feel that but for the statement regarding mediation in the Kashmir Dispute made by President Trump and those indicating a secret deal with America made by Prime Minister Khan, this step by the Government of India would not have come so rapidly. Prime Minister Modi has been following a cold approach to Kashmir from the time protests had erupted after Burhan Wani’s killing in 2016 and would have probably brought in legislation through the governor to whittle down Article 35A and Article 370 in steps. Having been forced to a corner by the changing geopolitics of the region, the prime minister and the government decided to act fast. The manner in which the government acted is, of course, controversial. Being practical, I am sure that there was no way at all to abolish Article 370 at a single stroke without being authoritarian to an extent. It is simply not possible for a province to easily let go of the autonomy it had been enjoying from decades. Thus, sending thousands of paramilitary troops into the valley and getting the president’s assent in a surreptitious manner can be condoned. What is more serious is that two former chief ministers of the state were placed under house arrest. Let’s be clear here: Mehbooba Mufti and Omar Abdullah are as much Indians as you and I. They owe their allegiance to the same Republic of India and were an integral part of our federal structure of governance when they were in office. Thus, such excesses should have been avoided.

What would be the implications of this move? First and foremost, what the government has done is to tell bluntly already beleaguered Kashmiris that they are no different from the rest. It may look like justice to us, Non-Kashmiris, but from the Kashmiris’ perspective, this is the biggest blow in the past seven decades to their pride since nowhere in the process were they taken on-board. It is as if suddenly they have been made to lie down on the ground and crawl. The government has taken a cold decision and now it must put forward a warm hand of friendship. Those days when you could gain territory by force were gone by the end of the Second World War. It is just not possible now for India to raise her head in front of other nations as the World’s largest democracy and accuse Pakistan of fomenting all ill in the valley. Kashmiris cannot be made Indians until they are made to feel that they are our brethren. The Prime Minister reached out to Kashmiris yesterday in five languages over Twitter but the tragic irony is that those same Kashmiris whom he was addressing do not currently have access to the internet. The process of reconciliation will be slow, long, and hard. It will take many years and governments to build trust among Kashmiris and so the process must start soon. I am cent percent sure that the prime minister will reach out warmly to Kashmiris during his address to the nation later today and from the Red Fort next week. What is crucial though and to be seen is how his government will follow-up on these forthcoming promises. Since the majority of Indians are today feeling proud in the government’s decision, they must themselves make sure that from now on there shall be no discrimination against Kashmiris in any region of the nation whether in educational institutions or otherwise.

Second, residents of Ladakh have both gained and lost by the move. All focus has been on how the region has gained more autonomy. What has slipped under the radar is that the region which is filled with ethnic and cultural minorities was earlier shielded from migration behind Article 370. With that gone, the government must take steps to ensure that these ethnic and cultural minorities will continue to flourish and not get subsumed in the migration that might now happen.

I cannot overemphasize this and so I am repeating myself: What this government and successive governments do now is much more important than what has been done. Years ago, another province with a huge population of Muslims was integrated into India by the show of force. That province, Hyderabad, was at the heart of India, and decisive armed action was taken by Vallabhbhai Patel and Jawaharlal Nehru to integrate it with the Union. Here are some words (which deserve to be quoted in full) from the then prime minister which are so much relevant today. One only needs to substitute Hyderabad for Kashmir: “It is important that after the dramatic events in Hyderabad our policy should be as generous and friendly as possible, not only to the people of Hyderabad but also to Muslims generally in India. There is no doubt that the Muslims as a whole in India helped our policy considerably by siding with the Union at a moment of crisis. This is a psychological moment for us to win over the goodwill of the Muslim masses by our friendly approaches to them. They have been hit hard by all the events of the past year and there is a sense of frustration and despair among them. What has happened in Hyderabad has created a situation which should lead to a stabilization of the communal situation in India, or rather to a progressive elimination of the communal sentiment, provided we act rightly. It is not enough to allow matters to drift. We should take some active steps to this end.”

Finally, I cannot help but observe and reflect on the state of the chief opposition party—the party of Gandhi, Nehru, and Patel. Even after two days, I do not yet have any idea whatsoever about where the Congress Party stands on the issue. Instead of observing a political party, it’s like I am witnessing the famous cocktail party problem around myself where I am just trying to make sense of the many noises that are coming out from the political party. Even smaller parties with a single seat in the parliament have a clear stand on the issue. The Congress Party has repeatedly given a walkover to the government on many major issues in this session of the parliament. It has not even been able to capitalize on the legacy of its leaders because of whom Kashmir became a part of the Union in the first place. I have no qualms when I say that in its present state, the Indian National Congress is the most pathetic political party in India. It has no leadership, no strategy, no coordination, no voice, and no shame. It is acting as an NGO by focusing on activism rather than playing the role of the chief opposition party. Its leader in the Lok Sabha was able to achieve the almost-impossible feat of making a joker out of himself in Indian Parliament (an assembly that has seen the likes of Lalu Prasad Yadav) by delving into Kashmir being a bilateral/international issue debate. I can assure you that no matter what would have been the issue, BJP in opposition would have stood steadfast against the ruling government, bringing the whole nation to a halt by its organization and fierce oratory. To the few sane minds still in the Congress, I would only quote from a speech of one of our nation’s most eloquent orator and beloved leader, Sushma Swaraj, who sadly passed away a day ago: