Way Ahead of Bollywood: The Exceptional Realism of the Parallel Tamil Cinema Tackling Social Issues 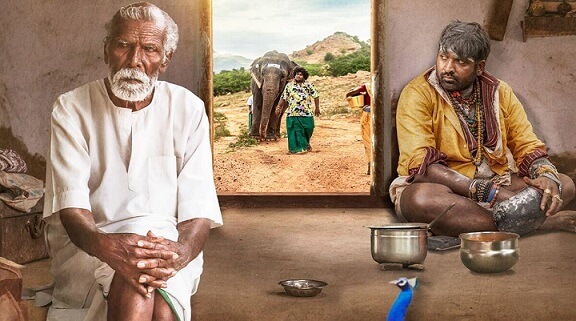 Since last December, four of the five highest-grossing Indian movies have been from South India namely KGF: Chapter 2, RRR, Ponniyin Selvan: Part I, and Pushpa: The Rise - Part 1. These hugely entertaining movies have enthralled audiences not just in the South but rather Indians across the world. The ripple effect originating from the success of these movies is not just limited to the profits they have made for their producers or the cultural shift that they have ushered in the visual depiction of Hindu epics, historical characters, etc. Rather they have forced mainstream Bollywood as well to introspect on the kind of big-bang-action-loaded-script lacking cinema that has come out of it and repeatedly failed in the past few years. Specifically, Tollywood has shown that it can produce action movies much better than Bollywood ever did. Additionally, movies like Sita Ramam are also challenging romance-steeped Bollywood with their absolutely beautiful romantic music and cinematography.

Beneath the glamor of action, romance, and good old entertainment that is being delivered so well by the South, Tamil Cinema (Kollywood) has gone far ahead than any other contemporary Indian cinema in one specific area—depicting complex social issues at the intersection of caste, gender, religion, poverty, police brutality, industrial exploitation, and environmentalism. If you enjoyed and thought that movies like Masaan, Gangs of Wasseypur, Article 15, Mulk, Newton, Ankhon Dekhi, Kashmir Files, etc., or web series like Paatal Lok, Delhi Crime, Panchayat, etc. portrayed social issues with a dose of realism, strap yourself and get ready for the next level with these five movies: Pariyerum Perumal, Asuran, Karnan, Jai Bhim, and Kadaisi Vivasayi. Fair warning: these movies are not for the faint of heart and some viewers may find them very disturbing. Nevertheless, the spellbinding beauty of Tamil Nadu with its lush green landscapes, glorious plateaus, meandering rivers, and diverse wildlife does provide some much-needed soft cushion and unparallel visual delight in these movies. I could very well write a post for each of these five movies but let me just highlight some major points here.

Pariyerum Perumal (transl. The God who mounts a Horse) is a story at the intersection of love, caste, and honor directed by Mari Selvaraj. As my friend who recommended it pointed out, one of the beauties of the movie is that it will be perplexing for a foreigner to understand it since the word “caste” is used nowhere in the movie. The movie shows the brutality of caste violence in all its ugliness (the opening scene concerning a dog is heartbreaking) and also touches briefly on masculinity and the slow pace of social reform.

Karnan and Asuran feature Dhanush in the lead role and although directed by Mari Selvaraj and Vetrimaaran respectively, both deal with caste violence and its aftermath. If you have only seen Dhanush’s work in Bollywood, you are in for a big surprise as through these movies, he undoubtedly places himself as one of the best actors in the country for tragic roles. The directors have not shied away an inch from depicting the brutality of violence through gory scenery or the trauma that the survivors go through. Both movies are loosely based on unfortunate true events in post-Independent India. The subtlety of caste dynamics in how different characters speak, wear clothes, conduct themselves, and think about social issues constantly underlines the cinematography of each.

Jai Bhim directed by T. J. Gnanavel pays homage to B. R. Ambedkar in a very indirect and unsaid manner in this adaptation of another real-life event. The movie highlights the intersection of caste violence and police brutality with a story that is not only gripping but also has a big element of suspense to it. The progression of the story makes one realize how the whole rotten system can come against you and how one may still not lose hope since there are still some oases of integrity in it.

Finally, Kadaisi Vivasayi (transl. The last farmer) directed by M. Manikandan operates within the boundaries of caste, industrial exploitation, and environmentalism in which the lead role as well as most supporting roles are played by people not well-versed in the art of acting. Instead of being a handicap, the director’s artful sorcery and hard work transform the characters into playing themselves on-screen with utmost realism. The story is gripping and unusual while the allusions to a man gone insane for love, seedless tomatoes, and another man selling off his land to buy an elephant provide some deep messages that will stay with you along with the main theme for a long time.

Of course, the writing, directorial, and character performances in these five movies are exceptional. But, another factor adding to the realism in these movies is that they not only portray but rather celebrate the cultural roots and local traditions: using traditional medicine to cure snakebite, natural herbs to catch snakes or as pesticides (ironically by a farmer whose land is being threatened by the “organic farming” industry), village fest to worship the local deity, traditional sports competitions as a recreational activity or to appease the deity, stories rooted in the Ramayana and Mahabharata with resemblance to events in the movie, respect and love for flora and fauna, among others. Small details like these along with the rural landscapes and real-life dwellings used for filming rather than fake elaborate sets keep these movies grounded and make them more likable.

Having watched these movies, I can say with certainty that in my opinion, Kollywood has gone much ahead of Bollywood in portraying realism concerning social issues. At a time when India is rapidly growing economically and Indians are rediscovering their own civilization through a post-colonial worldview, such movies are doing great justice to society by bringing out these ugly practices to usher new debates. Only by tackling our deepest evils and defeating them can we move forward as a society. One can only rue their misfortune for having to watch these movies with subtitles because of a lack of comprehension of the Tamil language.