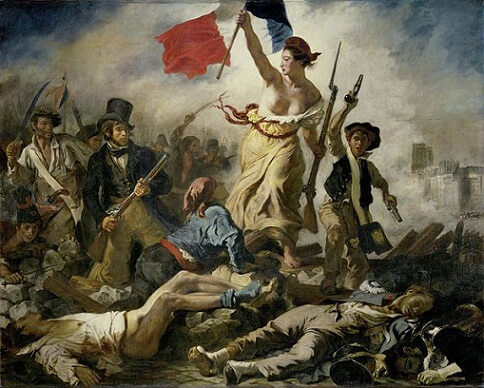 In Avengers Endgame, when Thanos arrives on Earth and blows apart the Avengers Headquarters, Steve Rogers asks Tony Stark amidst the rubble, “What happened?” Tony stoically replies, “We messed with time. It tends to mess back.” This has been the situation of liberals in India who have repeatedly lost ground to the conservative forces of the Bharatiya Janata Party (BJP) on various progressive measures like the Uniform Civil Code and Triple Talaq. Not only this, but they have also lost or are in the process of losing their biggest icons like Gandhi and Ambedkar to various orthodox political parties. Happily, the BJP among them is hijacking liberal stalwarts as its own. For too long, Indian Liberals have messed up with the basic tenet of liberalism—the central belief in the freedom of a human being—to play vote bank politics under the garb of securing minority rights. Now, the fallout from such politics is revisiting them, especially intellectuals, who find themselves as irrelevant in the Opposition today as Clint Barton was in the Avengers movies.

The Father of Modern Liberalism, John Locke’s contributions to the theory of republicanism and liberty, played a crucial role in spawning three socio-political revolutions: the Glorious Revolution, the American Revolution, and the French Revolution. Although the three had varying consequences, these revolutions were rooted in the central tenet about the right to “Life, Liberty, and the Pursuit of Happiness,” as was evocatively proclaimed by Thomas Jefferson in the Declaration of Independence. Generations of Indians in the British Raj grew up reading about John Locke and these revolutions and were inspired by them. As a result, the first generation of reformers produced by western education in India looked toward western values of liberty while taking steps to reform their own communities. These great figures like Raja Ram Mohan Roy, Ishwar Chandra Vidyasagar, Jyotirao Phule, Savitribai Phule, Syed Ahmed Khan, among others, took the mantle of reforming the regressive religious and social practices prevalent in their own respective communities.

The second generation of Indian Liberals has been mostly overshadowed by the forceful personality and immense contributions of that one reformer-cum-politician-cum-lawyer-cum-civil activist-cum-quack doctor-cum a thousand other roles that he played through his life, Gandhi. Gandhi was never content with only pointing out the faults of his own community but also profusely wrote about the regressive practices in other religions and caste groups. He counseled Muslims against purdah as much as he advocated for the abolition of this atavistic and unhealthy practice among Hindus. The other grand icon of this generation of liberals, Ambedkar, was more concerned with issues related to his caste but nonetheless, he fiercely advocated for the Uniform Civil Code in the Constituent Assembly and played a major role in the drafting of the Hindu Code Bill which affected the whole structure of the Hindu society. There were other reformers too in this era whose activism, in a sense transcended the boundaries of their own religion, caste, and gender, such as Kamaladevi Chattopadhyay, Chakravarti Rajagopalachari, and E. V. Ramasamy.

With such a distinguished list of great personalities and an exemplary liberal tradition to look up to, surely today’s politicians belonging to the professedly liberal political parties are expected to be vocal against all regressive practices in any corner of the country. Wrong! Today’s politicians belonging to such parties like the Indian National Congress, Trinamool Congress, Samajwadi Party, Bahujan Samajwadi Party, etc. are completely opposed to the Uniform Civil Code. This directive principle of the Indian Constitution is a chief feature of the divorce between the state and religion whose implementation should be advocated by every liberal. On the contrary, the BJP has made the adoption of the Uniform Civil Code as one of its agendas. This is the same BJP whose mother, the Jana Sangh, had virulently protested against the same reform. Ambedkar would probably turn in his grave (metaphorically) after learning about these contemporary political developments. Furthermore, no political leader today shows the willingness or has the stature to criticize rudimentary practices that are prevalent amongst Indian Muslims. In this sense, Liberalism in India has lost its way.

This is not only an Indian phenomenon though. In recent years, Liberalism has been losing its way across the world. We live in a world today where the social practice of wearing a burka is somehow propagated as a freedom of choice by liberals, where the custom of genital mutilation of a child not old enough to comprehend what is happening is somehow accepted as a cultural convention by liberals, and where liberal leaders roll out populist measures and freebies to replace the rewarding of hard-earned livelihood and somehow call it economic empowerment. If anything, Liberalism has degraded itself to being a mute spectator of inequality and injustice under the impression of being tolerant, progressive, and ubiquitous.

Last year, Barack Obama cautioned American Democrats against becoming a circular firing squad when a strong opposition is needed by the Democratic Party to challenge President Donald Trump in the 2020 presidential election. The same disease of standing in a circle and firing at each other, thus destroying any semblance of unity, afflicts the Indian polity. Indian Liberals especially those who are in politics have bequeathed the task of carrying out social reforms to non-governmental organizations. From the fear of losing votes, no leader today is willing to step up, become a stateswoman (or statesman), and criticize fellow Indians for various ills afflicting the society.

It has been weeks now since laborers have been walking back home in despair. Heart-wrenching images continue to come out showing their travails and misery. Huge mismanagement by the state governments in Madhya Pradesh and Gujarat in handling the COVID-19 pandemic is also evident. Most opposition parties constitute many self-styled liberals but they have not been able to hold the government accountable. On the other hand, many media organizations deserve praise and respect for wonderfully carrying out their jobs. But, the important question is where are the intellectuals of the liberal tradition? Are they so preoccupied with debating each other about the prime minister by writing op-eds that they can exert no pressure on the central and state governments? These intellectuals are even unable to place the government on the defensive despite the policy paralysis that has gripped the central government in this crisis. Just a few months back, these same intellectuals had mounted a strong campaign against the government on the CAA-NRC row. On the contrary, imagine how the clamor of helping the migrant workers would have reached the skies if Congress would have been in power today and the BJP would have been in the opposition.

Populism, social progress, and constitutionalism, the main policies in the center-left playbook have been adopted by the right and in addition to throwing nationalism in this mixture. Across the world, what is it that the liberals are left with now? It seems like they are only waiting for the ruling parties to commit errors. There is nothing new they seem to offer. It is high time that Liberalism undergoes strong introspection and critical examination for a much-needed rejuvenation.