On Vegetarianism, Religion, and Morality 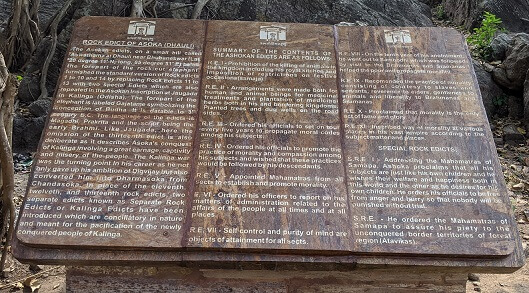 It is interesting that though one’s choice of food should only be based on preference, habit, and environment, religion (especially in the Indian Subcontinent) has always taken a keen interest in what people eat. Thus, Vedas are replete with elaborate instances of animal sacrifices while Jainism lays great emphasis on the kinds of food, like root vegetables, that its adherents are forbidden from eating. The driving force behind the intrusion of religion into one’s food preferences seems to be a sense of morality. Three major religions originating in the Indian Subcontinent (Hinduism, Buddhism, and Jainism) put great emphasis on the vegetarian/non-vegetarian debate. Only Sikhism takes the least interest in one’s culinary preferences while its adherents endorse everybody’s choice of food. Sikhs do serve only vegetarian food (as a strict rule) in langars and gurudwaras but that is such so that nobody would be excluded in the hospitality.

From the perspective of absolute Advaita, there cannot be any distinction between vegetarian and non-vegetarian food since there is no sense of virtue or sin. Absolute Advaita postulates that everything in the Universe is a constituent of Brahma (Aham Brahmasmi) and nothing can ever be created or destroyed. Thus, from Advaita’s perspective, it is easy to see why harming a plant by plucking its fruit or uprooting the whole plant is not much different than killing a living being. This is why some absolute Advaitavadis or its close-by adherents like Aghoris have been known to even feed on human flesh and feces. Yet, for the overwhelming majority of us who will never be able to realize absolute Advaita in our lives, this highest plane of realization is beyond our reach.

Swami Vivekananda has expressed this akin to birds sitting on different branches of a tree. Each bird is viewing the ground below but from a different perspective based on how high the branch is on which it is perching. The bird that is at the highest point has realized absolute Advaita and has no distinction of morality. Other birds should follow what is right from their respective perspectives i.e. adhere to their duty. But what is duty? Vivekanda explains elsewhere, “About vegetarian diet I have to say this — first, my Master [Ramakrishna Paramhansa] was a vegetarian; but if he was given meat offered to the Goddess, he used to hold it up to his head. The taking of life is undoubtedly sinful; but so long as vegetable food is not made suitable to the human system through progress in chemistry, there is no other alternative but meat-eating….But the forcing of vegetarianism upon those who have to earn their bread by labouring day and night is one of the causes of the loss of our national freedom.” Vivekananda who grew up in a Bengali Kayastha household naturally took to meat-eating and never abandoned it during his life. Even today the Ramakrishna Mission serves non-vegetarian food. Vivekananda viewed non-vegetarian food as essential to the growth of a martial spirit necessary for the safeguarding of a nation. Importantly, he did not make any distinction between cows and other animals for human consumption.

Buddhism and Jainism entered the Indian stage at a time when Advaita and Hinduism of the time had degenerated into elaborate animal sacrifices and Brahmanic puritanism. Buddhism and Jainism were the first religions to place a great emphasis on vegetarianism and it is from this time that vegetarianism can be traced to enter Indian moral life. Of these, Buddhism permeated across the length and breadth of the subcontinent after Ashoka’s conversion to the same. Asoka Rock Edict 1 (above photo taken by me at Dhauli) mentions the prohibition of animal sacrifices in the Maurya Empire and Ashoka’s commitment to vegetarianism. But, this does not mean that Buddha was himself vegetarian or he strictly asked his followers to be vegetarians. Buddha instructed the monks to not consume any animal food that was prepared exclusively keeping them in mind i.e. when the animal lost its life for the monks’ satisfaction. However, Buddha himself never said anything about what the laity should or should not consume. Interestingly, many scholars believe that Buddha’s last meal was that of pork.

However, morality is time- and place-dependent. It is the society at large which defines morality. Sexual relations among LGBTs were overwhelmingly not considered moral in India when I was born but there is an increased acceptance of the same now with a law that protects members of the community. Vivekananda suggests that one of the causes of India’s decline was the abhorrence of meat-eating after Buddhism made it a moral issue and the state enforced it in the daily lives of people. He says, “It is true that the Emperor Asoka saved the lives of millions of animals, by the threat of the sword; but is not the slavery of a thousand years more dreadful than that?” Moreover, for centuries, meat-eating and the occupation of dealing with animal products have unfairly treated supposedly “impure” low castes at the hands of high castes. Bringing down the taboo connected to one’s food choices is an essential part of bringing down the whole caste system which is an absolute necessity of today’s India.

Coming out from the plane of religion, it seems to me that most of us continue to be vegetarians or non-vegetarians (or vegan and a hundred other fine categories) due to the sheer force of habit i.e. how our upbringing has been. It is true that some people like athletes and soldiers may need to be non-vegetarians (or put a lot of extra effort into procuring the same amount of proteins from vegetarian food) because of their high-protein needs. Not everyone has the time, patience, or interest (or all of these) to do hundreds of experiments with food like Gandhi did. Peculiarly, Gandhi’s early views about the food were driven by Jainism which was highly influential in the part of Gujarat that he was born, and in some ways, he died broadly adhering to the same precepts of vegetarianism despite his multiple experiments (with meat-eating, goat milk, veganism, etc.).

Furthermore, recent genetic research has shown that a gene mutation called 13910T acquired from Europe makes it easier for North and West Indians to digest milk than their Southern and Eastern brethren. And guess, where is milk consumed more leading to a lower proportion of non-vegetarian diet in India? Yes, Northern and Western India. It seems that factors beyond our control and solely based on where we were born, determine our eating habits more than we know or are willing to accept. In any case, nobody should paint a rosy picture of how morally correct Indians are in this sense since even the best estimate suggests that only 30% of Indians are vegetarians. It must be pointed out here that in a larger sense none of our ancestors were vegetarians since it was only 10,000 years ago that humans settled down and agriculture emerged. India, with its hospitable climate and land rich in water and nutrients, made vegetarianism viable to a much more extent than anywhere else in the world.

The beauty of India and the religions that originated in the subcontinent is that all forms of food, just like all forms of worship, are acceptable in the path to reach the ultimate truth. Three of the most famous beings in the subcontinent i.e. Rama, Krishna, and Buddha were born into the martial class before Buddhism became the state religion. It would not be surprising if they ate non-vegetarian food while growing up because of the fact that they were born into princely households. This did not exclude them from becoming what they mean to millions of Indians today, no matter one’s caste or creed. It was the later-day puritans and the degeneration of the caste system that associated a taboo with non-vegetarian food.

And yet, I am still a strict vegetarian, just like how I grew up. Even the thought of killing an emotionally aware being (in the sense that for all we know until now, mammals, birds, and fish are more conscious and emotionally cognizant than trees) wilfully or unintentionally (trampling ants under feet while walking) abhors me. With the threat of global warming upon us, perhaps the definition of morality is also slowly changing since many studies have pointed out how the meat industry is catastrophic for our planet’s environment. But again, it would be a tragedy if I would impose my own sense of preference or morality on people around me.

Some Topics Discussed in My Book Founding Generations
Why I have Mostly Stopped Reading Op-eds?