Some Topics Discussed in My Book Founding Generations 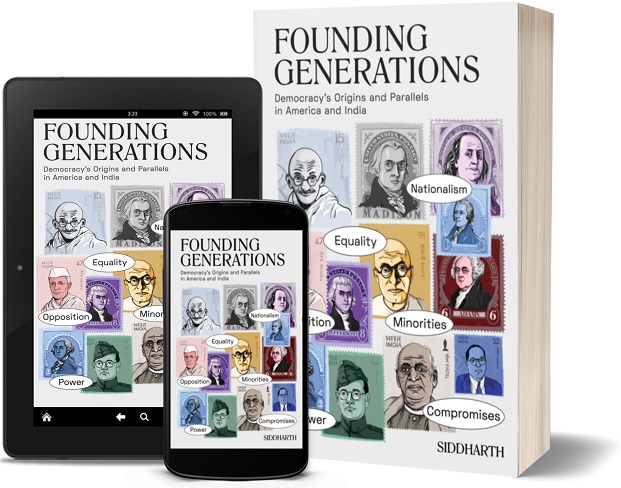 In case you have still not grabbed a copy of my book Founding Generations for your next read, here are a few topics from the founding eras of Indian and American Democracies that have been discussed in the book. Hope this list would be interesting enough to inspire you. 🙂

You can order the book by clicking here.

Easter Eggs 🥚🥚🥚🥚 Hidden in the Book's Cover
On Vegetarianism, Religion, and Morality