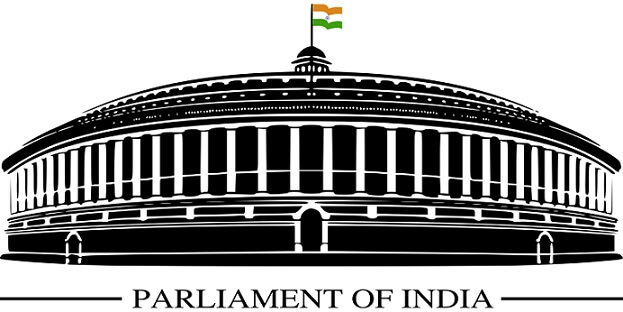 Never before in the history of Indian democracy has the opposition been so feeble and bedraggled as it is today. I say this because, in every epoch of the Indian democracy, there were leaders in the opposition who had a Pan-Indian identity and roots amongst the Indian masses. This ensured that no matter how many electoral seats their political party possessed, their voices could never go unheard.

For a government to be stable, dissent must either flow legitimately within the institutions of governance or must be eliminated at its nub. While democracy takes the first view, dictatorship (or monarchy in the pre-modern era) prefers the second. The present system of expressing legitimate political opposition in the form of political parties which alternate power originated in the United States during the last decade of the eighteenth century. President George Washington’s cabinet was divided into two camps led by Thomas Jefferson and Alexander Hamilton respectively each of whom opposed every policy of the other. However, the American founding fathers had nothing but contempt for political parties since they had learned from History that such factions had led to the decline of the Roman Republic (to which Americans and Europeans, in general, looked to as their mother civilization). Despite their disdain for political parties, the American founding fathers inadvertently led to their creation. The concept of rotation of power established by them transformed into the two-party system that we recognize today.

India, much more diverse across linguistic and ethnic lines in addition to bearing that peculiar social institution known as caste, ensures the impossibility of a stable two-party system at least in the long term. This is the reason that as the goodwill earned by the Congress during the freedom struggle started to run out, various political parties started challenging Congress’s hegemony in the provinces. The healthy tradition of vocal and alert opposition in India originated right before the first general election in 1951-52 when some Congress leaders started to break away from the Party. During his reign, Prime Minister Jawaharlal Nehru actively engaged in debates with leaders of the opposition, both inside and outside the Parliament. His speeches and letters bear witness to this fact. It is amusing and admirable to note that when an opposition leader used to write to Nehru, more often than not, his reply used to be even longer and full of warmth while expressing divergence in views. While he never faced a serious challenge to his leadership, it does not mean that Nehru faced no challenge at all. There were stalwart leaders in the opposition to challenge him and intellectually engage with him and whose personalities cut across various lines of diversity such as J. B. Kripalani, Ram Manohar Lohia, Jayaprakash Narayan, and Syama Prasad Mukherjee. It was also the case that in addition to being thinkers, these leaders commanded wide support amongst the masses.

And, then, there was Chakravarti Rajagopalachari, Nehru’s close associate turned adversary, and from whom I have borrowed the title of this article. Rajaji or ‘the keeper of my conscience’ as Gandhi called him not only criticized Nehru’s socialistic and statist policies but also launched a political party at the ripe old age of 80. Taking on Nehru as an equal, Rajaji scathingly wrote against the government week after week. Nehru could not ignore a man of Rajaji’s stature. Just 2.5 years after its launch, Rajaji’s Swatantra Party won 25 seats in the Lok Sabha and 207 assembly seats across the state assemblies—in effect gaining a Pan-Indian presence. This feat by a newly established political party in such a short time i.e. one which did not have roots in any previous political party or social movement has never been repeated since. Rajaji had prophesized in 1971 that the policies of Swatantra Party are bound to be those of the government and that is exactly what happened two decades later with the liberalization of India and the gradual dismantling of the permit-license-quota raj.

There is no political leader of Rajaji’s stature today in our nation. Nehru’s Congress today lies in shambles. I say specifically about the Congress Party only since among the various opposition parties, only Congress is a truly national organization. Yet, it has reached an imbroglio where it won’t and cannot die while fundamental restructuring in the Party also seems unlikely. Its political arena today consists of fiefdoms of various princely families. Divested of their power, they have learned (rather enjoyingly) to live comfortably and quietly while roaming in the corridors of Lutyens’ Delhi. It shall be no wonder then if the ruling government’s excesses go unopposed in the incumbent Lok Sabha. Even when Rajiv Gandhi had wiped out the opposition inside the Lok Sabha by winning elections with the highest-ever majority, there was Atal Bihari Vajpayee who was heard by masses whenever and wherever he spoke. In addition to possessing no leader of that stature, today’s Congress is perhaps the least meritocratic political party in India; no leader can rise within its current ecosystem without paying customary homage in the “Darbar.” As a result, it is the Indian democracy which is suffering.

Writing in the mid-1960s, political theorist Robert Dahl observed that among 113 members of the United Nations, only 30 had political systems in which full legal opposition among organized political parties had existed throughout the preceding decade. Thus, he concluded: “The fact that a system of peaceful and legal opposition by political parties is a comparative rarity means that it must be exceedingly difficult to introduce such a system, or to maintain it, or both.” More than half a century later, this conclusion rings true in today’s India. While stalwarts like Nehru and Rajaji played their part very well in introducing the system of legitimate opposition in our democracy, maintaining the same appears to be a challenge today.

Will the opposition rise from within the Bharatiya Janata Party (BJP) as happened around the end of Rajiv Gandhi’s prime-ministership when V. P. Singh broke away from the government? Or, will there be no force to contain the excesses of the ruling government by hamstringing it to prevent it from running amok? One thing is for sure: democracy can thrive only when the majority groups themselves appreciate the need for a legitimate opposition. Lacking effective opposition, the institution of governance that we recognize as Democracy is as good as Majoritarianism. Without the system of checks and balances in place, without any denunciation of the government and its policies, without an alternative doctrine to challenge to the hegemony of the ruling ideology, any democracy descends into authoritarianism. The cult of personality that we are witnessing today in our polity must be challenged. Every Indian who has abandoned critical thinking must take note of Ambedkar’s warning in his final address to the Constituent Assembly, “Bhakti in religion may be a road to the salvation of the soul. But in politics, Bhakti or hero-worship is a sure road to degradation and to eventual dictatorship.” Every Indian who dare blame only the ruling government must take note of the following lines: