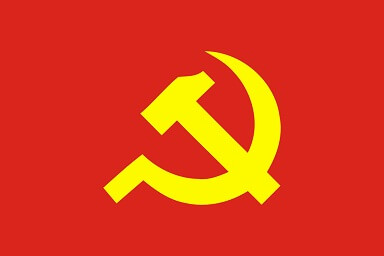 As the fruits of the Industrial Revolution transformed the lives of masses around the world and ushered a new era of scientific curiosity, most religions of the world declined in the twentieth century. However, the same fruits and hidden processes of the Industrial Revolution gave rise to a new religion, more potent and lethal in many ways than its predecessors. Whether one considers by the number of followers, the area of the world covered by its theocratic states, or by its rapid rise, the most significant religion of the twentieth century was Marxism. At its peak, Marxism with its various offshoots had a presence on five continents of the world and probably had more followers than its closest competitor, Christianity, with the one major difference—Marxists were much more ideologically fanatical than Christians were in the twentieth century.

The true word was revealed to Moses atop a mountain, to Buddha under a fig tree, to Jesus during his unknown years, to Muhammad in a cave, and to Marx in his study. After “Enlightenment” all of them gained followers and taught their version of the truth. But, death intervened before they could witness the golden age of their respective religious creed. It was left to another disciple, another believer, another agent, to take their teachings to millions of individuals. Moses had his David, Buddha his Ashoka, Jesus his Constantine, Muhammad his Ali, and Marx his Lenin. Each such also devised an own authoritative holy text whose significance was self-evident since the text mentioned the rules and duties concerning the practice of that religion. Thus, Judaism has Torah, Christianity has Bible, Islam has Koran, and Marxism has Communist Manifesto. Amusingly, the practicing followers of all these religions share a common trait: most of them have never read their own holy book to the letter. Finally, all of these religions slowly garnered their own sets of revered personages, priests and saints, second only to their principle prophet, whose caricatures are either hung on walls by their coreligionists or they are remembered in distinctly religious ways.

In other manners too, we see that Marxism quickly acquired the paraphernalia of a well-organized religion. Thus, just like Hindutva has saffron color as its favorite and Irish Catholicism has green color as its chosen shade, Marxism chose red as the color to represent itself. While Hinduism has its Om, Judaism has its Star, Buddhism has its Dharmachakra, Christianity has its Cross, and Islam has its Crescent, Marxism is not devoid of a symbol and has its “Hammer and Sickle.” Furthermore, all of these major religions of the world have suffered one or more schisms: Christianity broke into Roman Catholicism, Eastern Orthodox Catholicism, and Protestantism; Buddhism into Mahayana and Hinayana; Islam into Sunni and Shia; Marxism into Leninism, Stalinism, and Maoism. The parallels between all these religions don’t even end here. Marxists have their own pilgrimage sites like the tombs of Lenin, Mao, and Kim just like every other religion has its holy places like Varanasi, Jerusalem, Mecca, Bodhgaya, etc. Just like all other religions, Marxism had its own fair share of wars and struggles, deaths and victims, priests and rulers.

The ardent followers of all religions pledge their allegiance not to man-made constructs of nation-state or democracy but to a higher order that acknowledges no boundaries or distinctions. Thus, the chief principle of Marxism is as simple as: “I follow Marx, You follow Marx, We brothers.” Just like every other religion which has had or even now has theocratic states (examples, Pakistan, Israel, Vatican City), Marxism too had states professing religiously to its ideology (most notably the Soviet Union) and even now possesses a few of them (examples, North Korea, Cuba, China), though how much these states follow Marx today is debatable.

As they say, “Converts are the most Zealous,” and so it has been with new-born Marxists. For them, the revelation of class struggle, haves vs. have-nots, bourgeois vs. proletariat, rich vs. poor, aristocrats vs. commoners, becomes the sole truth to live by and die for. Ignited by the flame of religion, to establish their own version of “a city on a hill,” rallying ahead with the prophetic cry “workers of the world unite,” they have enthusiastically marched to combat against the non-believers whether it be at the battlefields of Eastern Europe or in the dense forests of Central India. They have never cared if the leaders under whom they are marching were chosen by them or have been bequeathed to them by authoritarian forces and chicanery of the highest order.

There is one aspect though in which I feel Marxists are distinctive and fare decidedly better. While the high priests of most other religions are usually only theocentric and not specialized in other domains, many famous Marxists have been great polymaths such as D. D. Kosambi, E. M. S. Namboodiripad, J. B. S. Haldane, C.L.R. James, Pete Seeger, among others (Marx himself was learned in many domains). Many such polymaths have not been religious extremists and have worked peacefully across the world in their own ways to slow down the raw capitalist forces and push the government into taking up the role of a welfare state to the betterment of the oppressed.

Twenty-first-century liberalism tells us that religion and terror must be divorced from each other aka “Terrorism has no religion.” What then to make of Robert Conquest’s famous lines: “There was a great Marxist named Lenin, Who did two or three million men in; That’s a lot to have done in; But where he did one in, That grand Marxist Stalin did ten in.” Did Marxism cause terrorism or did a bunch of self-proclaimed Marxists terrorized the world? The truth may be somewhere in between. Any religious ideology has multiple strands ranging from being peacefully spiritual to politically extremist. Many times in History (Marxists would instead argue that always in History), a few have dominated the many because the many did not stand up to their own brethren. Thus, the onus is on each and every follower of the religion to not only disassociate himself/herself from the extremists but also to come out vocally against them. What is just unfortunate though is that despite repeated trials and tribulations, rehearsals and iterations, across the world for a century, Marxists have not yet been successful in establishing their ideal state. May Marx give them the strength to continue their struggle.