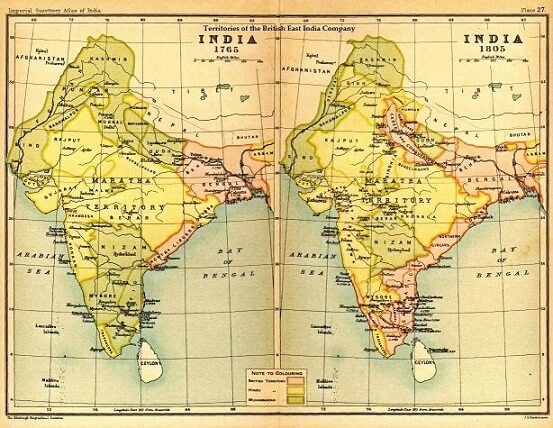 “Two roads diverged in a wood, and I, I took the one less traveled by,

And that has made all the difference.” —Robert Frost

India, the nation with the fifth largest nominal GDP is currently standing at a fork and it is unable to decide which road should it take. On the one hand, it wants to progress, surge forward if you will, within a democratic framework. On the other hand, the authoritarianism of the state and intolerance toward minorities are on the rise. The two most fundamental characteristics that distinguish a democracy from an autocracy are the presence of a robust Opposition and strong safeguards for the protection of minorities. Today, the institutions bolstering these bulwarks of democracy are eroding in India.

In the past nine months, India has inflicted three distinct wounds on itself. First, the handling of the abrogation of Article 370 has been disastrous, to say the least. Three former chief ministers of the erstwhile state continue to be under detention. If they are not mainstream leaders with allegiance to India, who is? Their parties had stood with India time and again and several workers from those political parties (the National Conference and the Peoples Democratic Party) were killed by terrorists in the past two decades. Yet, the government has continued their detention and has been unable to stabilize the situation in Kashmir either. The situation in the Valley remains far from normal. With rising power and economic strength, India should have been more confident of itself. But rather it is displaying the same paranoia and unease that it showed in the first three decades after Independence when it viewed the Kashmiris with suspicion. India has also received the ugly distinction of becoming the nation with most internet shutdowns in the past one year (more than a hundred). No other nation comes even close.

Second, instead of looking toward the future and adopting sound economic policies, India is closing itself once more. The central theme of the Indian economic growth since 1991 was India opening its market to the world. Increasing the custom duty in the budget last year instead of making the domestic manufacturers more competitive spelled disaster. The aftershocks of Demonetization and implementation of the Goods and Services Tax (GST) have led the nation toward stagflation. There is no grand vision that the government currently has to achieve two of its key promises: taking the GDP to $5 trillion by 2024 and doubling farmers’ income by 2022. Running on worn-out socialist wheels, this government is neither acting on the Economic Survey prepared by its Chief Economic Adviser (which advocated free-market reforms) nor is it accepting that the only way to usher a seminal change toward economic development is to bring our farmers out of the agriculture sector. There is no way that India can become developed if our agriculture sector will remain underutilized and more than 20% of our population will continue working as farmers.

Third, the illogical step of CAA-NRC driven by megalomania has placed India on the backfoot in diplomatic circles around the world. At a time when India must be focused primarily on its economic growth, the CAA-NRC fiasco has once again opened the wounds of Partition and Hindu-Muslim conflict. The result: Delhi has just witnessed the worst Hindu-Muslim rioting since Partition. It’s easy to bring out the Genie of hate and discord but does the government know how it will deceive that Genie to go back into its lamp? Our diplomats are running around the world explaining India’s position and as the economy continues to falter, fewer nations would be content with buying it.

Judiciary, Reserve Bank of India, Police, Military, Election Commission, name one institution that this government has not undermined in one way or another. Additionally, at a time when India should be looking forward to becoming a leader in Artificial Intelligence and shape the future amidst the so-called Fourth Industrial Revolution, its current R&D expenditure is less than twenty times that of China. Seventy years after Independence, we are still dependent on other nations for basic defense imports. Yet, we are dreaming of becoming a Vishwa Guru! How much more delusional can one get? Though, there is one area in which we are constantly undertaking cutting edge research. I allude, of course, to the study of the Vedas, the Cow, and the Puranas.

India has the largest population of young people with almost a hundred million more than in China. This golden potential if utilized for progress can achieve what no single generation in the history of the world has ever done. Conversely, handled lightly, this opportunity can turn into a disaster if sufficient economic opportunities are not created for the youth. Compared to its population, India lacks policemen, doctors, judges, teachers, diplomats, and many other public servants. The government can employ a large number of aspiring young people into these services. But, for this to be practicable, India will have to expand the size of its economic pie as well as its sources of revenue. What India needs right now is a New Deal.

The time for incremental steps is over. India must learn from the examples of the four nations ahead of it in terms of GDP: the United States, China, Japan, and Germany. The first two were able to come out of the economic plateau/recession because of widespread reforms (America in the 1920s and again after 2008 while China in the 1980s) while the latter two never did. Being a democratic nation with minorities along many sociological axes, India knows which model it should follow. If India really aspires to become a world power, sustained economic growth can only be a part of the plan. Equally important would be innovation, maintaining the independence of democratic institutions, and the protection of minorities. All these factors go hand-in-hand. Gone are the days of getting wisdom from the Vedas when the society was rather primitive, the economy was rather simplistic, and the science was rather superstition. As The Poet wrote in 1908:

That our forefathers, three thousand years ago, had finished extracting all that was of value from the universe, is not a worthy thought. We are not so unfortunate, nor the universe, so poor. —Rabindranath Tagore