Individualism: The Boon and the Bane of American Society 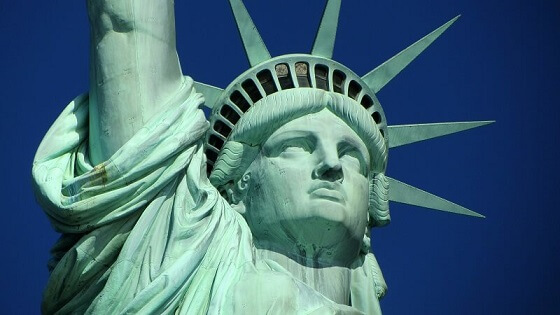 No matter which side of the political and ideological divide we stand, the absolute truth is that Liberalism is the dominating ideology of our contemporary world. The oft-repeated and popularized slogans of wisdom like “Follow your heart,” “Listen to your inner voice,” “Believe in yourself,” “Trust thyself,” “You are the maker of your own destiny,” “Do what you love,” etc. are advents of Liberalism. Even the most conservative and right-wing leaders upheld the sanctity of the voters’ choice during elections. This central tenet of Liberalism that an individual knows what is best for herself and must always take action based on her choices would have come across as absurd and dangerous to our hunter-gatherer and medieval ancestors. Nowhere is this philosophy more manifest and visible than in American society.

The small actions and practices that shape a child’s mind in America such as sleeping away from the parents, having a separate room which she can decorate as per her wishes, following a separate time-table than parents for every activity, different eating habits based on her own interests, etc. inculcate the tendency of individualism in her from the start. This lifestyle that comes naturally to the kids of most developed nations (and increasingly in the developing world as well) would have put our hunter-gatherer ancestors in peril for survival while it would have made such kids pariahs in the medieval world. Yet, American society has always thrived on these values and exported them to the rest of the world. This is evident also from the fact that most early arrivals to America consisted of Europeans who wanted to make a quick fortune in the New World or were religiously persecuted back in their kingdoms.

The habit of taking one’s own decisions and doing what one deems correct breeds self-confidence. In general, many research studies show that American kids have a large degree of self-confidence. The logical consequence of this trait can be seen in New York and Silicon Valley where the best minds from the nation congregate to start new companies and businesses with strong confidence in themselves and their ability to raise capital. Individualism can also be seen in the multitude of brands and advertisements promoting Consumerism—based on the belief that the consumer is always right—and tempting people of all ages to try different things. The new-age fad to try everything once is a product of this Consumerism as well. Consumerism working in sync with Capitalism generates a positive feedback loop between supply and demand which fuels the American economy and increasingly, the world economy. This feedback loop stimulates not just demand but also shapes everybody’s lives—no matter which car you drive or in which house you live, there is always more to have, one is never content.

In fact, Individualism is so priced in America that citizens are ever-suspect of their own government and believe that they can protect their liberties using arms. The Second Amendment was passed at a time when the raising of private militias for waging war was the norm across the world and has no resemblance in today’s world with standing armies possessing advanced weapons. Yet, it does not cross the minds of many influential Americans that their weapons are no match for today’s weaponry and force possessed by the government. Irrespective of this over-confidence, Individualism does contribute a lot toward the self-confidence the Americans show in their lives as well in the nation’s foreign policy.

On the other hand, this same Individualism leaves behind a trail of tears for many. Considering the amount of affluence they possess, Americans have a marked tendency of not caring enough for their homeless and incarcerated folk. The issue of homelessness is widely prevalent in all American metropolises and yet decade after decade the situation has not tangibly become much better. It is not that other countries, especially much poorer ones, do not have homeless people. But rather, in most places, the homeless people are mentally sound, earn wages by manual labor, and live with their families, while in America, crime and mental disorders go hand-in-hand with the homeless. The same dilapidated condition goes for those who are incarcerated in prisons while America’s rate of imprisonment is among the highest in the world. The widespread sentiment of self-preservation that accompanies Individualism perhaps cultivates certain neglect for those at such “invisible” margins of the society. The individualistic “American Dream” is certainly a different conception for them.

Furthermore, some individuals are able to collectively push the government toward making certain “liberal” and “individualistic” policies that may prove to be harmful to the society in the long-run. Consider the legalization of marijuana in many American states. These days, it seems like this drug has become the purported solution (or at least a suppressant) for any and every mental health issue. Yet, ask people who consume it and you will know that it brings nothing more than an ephemeral joy. Besides, the legalization of this “drug” has made streets everywhere smell like crap. Not only this but if you live in a so-called “progressive” state and your little kids are fighting each other too much, then you now have the wonderful option of legally sedating them by this “drug” wrapped inside a candy! So much for making individual choices.

I am sure that the above contemplations are subjective and not everyone will agree with them. Thus, while making these observations, a famous American joke is inadvertently coming to my mind: “Before you criticize people, you should walk a mile in their shoes. That way, when you criticize them, you’re a mile away and you have their shoes.”