COVID-19 and the Deepening of Federalism in India 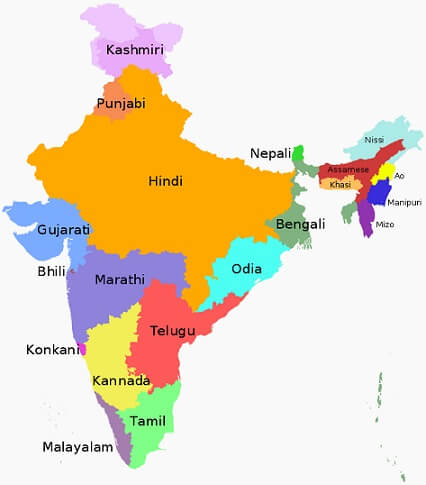 Winston Churchill once advised to never let a good crisis go to waste. The present COVID-19 pandemic is a great opportunity for India to utilize this crisis by presenting itself as an alternative to China in the manufacturing sector. However, under the radar of the news broadcasting focused on COVID-19, there is another ongoing process manifesting itself in the Indian polity which is going unnoticed—deepening of Federalism in India. This makes COVID-19 perhaps the first “Made in China” commodity with lasting beneficial impact for India.

The Republic of India was conceptualized by the founding fathers as a Federal polity. This is evident from the Constitution which declared India to be a “Union of States.” The Constitution further detailed the distribution of various legislative powers among the central government and state governments in three different lists: union list, state list, and concurrent list. For the first three decades of its existence, the Congress Party dominated the politics at the center and in most parts of the nation. The only challenges to Congress’s hegemony during this time came from southern states. These states harbor strong linguistic identities and were the first to install non-Congress governments. The continuous rewarding of power to the Congress Party by voters in most other parts of the nation was due to the goodwill it had garnered during the freedom movement by being the chief vehicle of India’s Independence. This changed in 1977 when Indira Gandhi was sent out of power by the electorate after the Emergency was lifted.

As Congress’s predominance waned state after state, India started to materialize the federal structure of governance in a de facto manner rather than just a de jure way. Newer regional political parties took birth and captured power in many states over the next two decades. This also led to to the inception of various popular state leaders. As India’s economy grew in the 1990s and 2000s, many states like Gujarat, Tamil Nadu, Rajasthan, Bihar, etc. repeatedly registered growth rates in excess to those of the Indian economy. By 2000s, voters also started to reward state leaders by re-electing them based on performance and the era of anti-incumbency that India had seen for more than two decades since 1977 also came to an end.

Subsequently, every single state election in India is a matter of great interest in the media and across the nation as a predictor of the direction in which the winds of power are blowing. Even in the Lok Sabha elections, national parties attempt to enter in coalitions with regional parties on a state-by-state basis. This has transformed the Lok Sabha elections into cumulative state elections. In contrast, the presidential elections in the United States of America (which was the first republic to establish a federal structure of governance in modern times) are quite bland. This is because for most states, the Electoral College system guarantees which party would win all the electoral votes in a particular state. In this sense, America has degraded into becoming a pseudo-Federal state.

The COVID-19 pandemic has further stimulated the strengthening of Federalism in India. Already before the pandemic, many states like Punjab, Kerala, Rajasthan, and West Bengal had passed resolutions against the Citizenship Amendment Act (CAA) made into law in December 2019. Recently, the COVID-19 pandemic saw the response of various states—the severity of lockdown, combating the healthcare crisis, managing public order—diverging from the directives provided by the central government. Various state leaders like Uddhav Thackrey, Sachin Pilot, Naveen Patnaik, Arvind Kejriwal, Amarinder Singh are regularly updating their respective states about their government’s fight against the pandemic. Kerala model, Bhilwara model, Agra model, etc. implemented by the individual states are emerging as various strategies that the central government is following to tune the nationwide model of containment. Today, Prime Minister Narendra Modi who as the chief minister of Gujarat was arguably the greatest beneficiary of the strengthening of Federalism, cannot handle the COVID-19 crisis without support from various states chief ministers. This fact was a key highlight of his press conference with him two days ago. Already, even before the directive by the center, many states have extended the period of lockdown.

In addition to challenging the central government and collaborating with it, the state governments are today collaborating with each other as well. For most of its existence, this phenomenon would have happened in the Indian Republic only at the behest of the Center. Not so anymore. The Kerala government is taking the initiative of holding a meeting between different state governments to jointly petition against the inability of companies to donate funds to them under the corporate social responsibility (CSR) category. This is despite the fact that a provision has been made by the central government to do so for the opaque PM CARES fund launched by the prime minister to tackle COVID-19.

With its multitude of religions, languages, cultures, and ethnic groups, India is the most diverse nation in the world. Each sociological group in the nation aims to achieve a sense of autonomy in its political affairs. This has led to the advent of hundreds of political parties in the country and has helped in strengthening the roots of democracy. It also has brought some handicaps since a multi-party system is inherently less stable than a two-party system of governance. But, with its flourishing diversities, India will continue to be a federal polity for the foreseeable future and progress within the constraints of the same.

Federalism because of its very nature of encouraging diverse interests is antithetical to majoritarianism. This is the biggest reason to be hopeful about the future of democracy in India. It is inconceivable today that any political party can once again enjoy the sway over the states that Congress had before 1977. The Bharatiya Janata Party riding on the plank of Hindutva and the leadership of Narendra Modi had its rule over 21 states either alone or with allies in March 2018. This was the heyday of its power with 71% of the Indian population under its rule. This value had come down to 40% before the recent change of government in Madhya Pradesh. Similarly, Congress had found it difficult to win state elections across India during the heydays of UPA-I. Indeed, Federalism has emerged as the great balancer of the Indian polity, capable of humbling down the pride of any political figure or ideology.

Philosophy in the Time of Corona: Advaita, Shankara, and Mother Nature
Rama, the Brilliant Politician