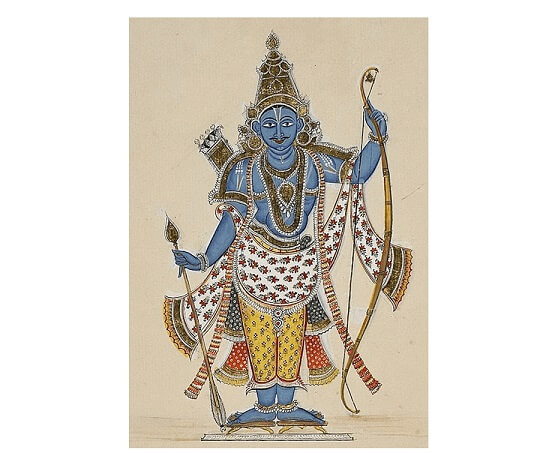 रघुकुल रीत सदा चली आई, प्राण जाई पर वचन न जाई, this single sentence overwhelmingly dominates most discussions around Rama. Rama is often portrayed as a monolithic figure in whose character there were only two shades: white and black. Rama is depicted as somebody devoid of any nuances in character. Sita’s exile toward the end of Ramayana (which as a matter of fact is not mentioned in Valmiki’s Ramayana) is expounded as the supreme example of the lack of elasticity in Rama’s thought process.

Even after three thousand years of its composition, this evocative story still brings tears in the eyes of people from India to Indonesia, has idealized “Rama Rajya” as the ultimate goal of society, and has influenced an untold number of people across many parts of the world so much so that even today the title of the monarch in Thailand is “Rama.” With the retelecast of the most popular version of Ramayana on television, it is hard to escape the news of daily happenings in the series. Lately, this got me thinking about the duality in the character of Rama. My take is that among Hindu epics, Rama is the second-most adept politician. And, like all politicians, Rama possesses various shades of grey.

The first event in Ramayana when Rama showed duality came around the middle of the epic when Sugriv was fighting his brother Bali and Rama killed the latter while being hidden at a distance. Perhaps the abduction of Sita earlier had changed something inside Rama and made him reconsider his worldview. He seems to be a different character before and after Sita’s abduction. Instead of risking his own life by fighting the powerful king of Kishkindha, Rama employed Sugriv to fight Bali. Indeed, once during the fight, Rama could not differentiate between the two since they looked and dressed very much similar to each other. Subsequently, Rama sent Sugriv again but with a garland as a recognizable token. No skills of adeptness at words and no amount of self-righteousness can justify the act of killing someone while being hidden and still profess it to be Dharma. Indeed, Rama’s feeble argument in some versions of the epic that there was no other way of killing Bali because the latter had the power of drawing the opponent’s energy seems silly. Rama sent Sugriv (from whom he had extracted an oath of friendship) in the mouth of death as a distraction for Bali while fully knowing the consequences. What a game of chess!

Vibhishan had come to Rama after being forced out of the kingdom by King Ravana. What did Rama do as soon as he met Vibhishan? Rama crowned Vibhishan as Lanka’s King even when his older brother Ravana was not only alive but was serving as the king. Thus, Rama adeptly established another seat of power in the kingdom to sow doubts in the minds of people. While standing on the enemy’s territory, this was a discreet and very effective way of burrowing into the enemy’s most prized possession: loyalty to the king. Heretofore, Vibhishan realized that he would not just remain a pawn in the war—to be sacrificed at will—but rather there is a personal incentive—kingdom’s real throne. Dutifully, Vibhishan obliged and gave away every secret that he possessed about the kingdom and the rest, as they say, is history!

However, just before the war commenced, Rama decided to send an envoy as a final gesture of peace. He maintained that should the offer of reconciliation be accepted by returning Sita, he would peacefully return with his army. This was a statesmanly gesture in every way. Now, while pondering over whom to send as his representative, Rama ruled out Hanuman who had once been to the palace and would have only angered Ravana due to a certain incinerating incident that had happened earlier. Rama could not send Sugriv because there was a danger of getting captured and since all soldiers in their army reported to the king of Kishkindha, such an event would have spelled disaster. He could not send Jambvant because the latter though very wise, was too old and thus not physically agile to deal with a fast-changing situation. The logical step would have been to send Lakshman as his representative. This would have served two purposes. First, it would have given the signal to their own army that the two ascetics are ready to risk their own lives as well in the great endeavor of rescuing Sita. Second, Lakshman would have pressed himself more aggressively since Sita was like a mother to him and he had been harboring the guilt of not being able to protect her from abduction more than anyone else. Thus, Lakshman’s forceful character would have made it harder for Ravana to dismiss the offer of reconciliation. Instead, Rama chose Angad. Some may argue that Lakshman’s temperament might have been too volatile for the mission but Rama had earlier sent Lakshman as his representative to Kishkindha when Sugriv had forgotten his promise to support Rama. It is not known if Sugriv had any sons and being Bali’s only son, Angad was the heir apparent. Yet, Rama risked Angad’s life instead of Lakshman’s even though there were two more heirs apparent (Bharat and Shatrughan) to Ayodhya’s throne. All is fair in brotherly love and going to war when you have somebody else’s army!

I can very well be accused here of being biased in my view or of cherry-picking a few instances from the epic. But then, जाकी रही भावना जैसी, प्रभु मूरत देखी तिन तैसी| Both Ramayana and Mahabharata do cumulatively contain every human emotion and story that there can be in one form or another. I have chosen only one aspect of Rama’s character here while it is equally possible (and perfectly alright since Rama is all-forgiving) to pick another strand from his story and elaborate on it to crush my viewpoint.

Ah! Before I forget, why did I say that Rama was the second-most adept politician? This is because that great master of politics, the very definition of a successful politician, the prince turned commoner turned king turned charioteer while continuing in all roles to be the heartthrob of ladies and love personified, Krishna, has no equal, by far. Both Rama and Krishna are said to be the reincarnations of Vishnu, the God of everything between birth and death. They had many commonalities (integrity, loyalty, leadership abilities, among others) and even more discrepancies (adherence to “truth” in the pursuit of goals, subtle shades in personal relationships, and outlook toward romantic love). Both characters come alive so vividly in the epics that it is impossible to not observe them as if we are parts of their respective stories. Everyone approaches these characters from their own experience. This makes individual perspectives highly relative, thus generating an infinite number of avatars of both. Perhaps, that is why Tulsidas (from whom I have borrowed above as well) has written: हरि अनन्त हरि कथा अनन्ता, कहहि सुनहि बहुविधि सब संता|