After COVID-19: Implications on International Organizations and the Global Order 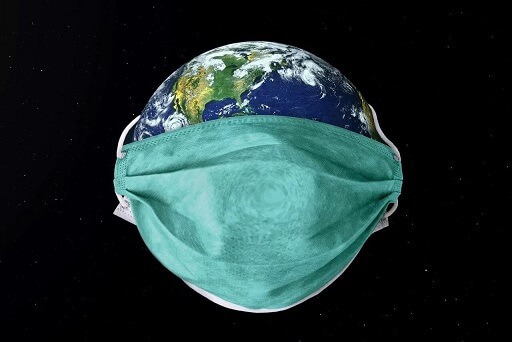 Human beings are perhaps cognitively wired for reacting faster to events that come as a sudden shock or stimulate loyal sentiments connected with social identity (race, religion, nation, etc.) than to processes spread over a longer period of time. Thus, the urgency of response by governments across the world to the 9/11 attacks, the COVID-19 pandemic, and global warming lie along a line facing southward while these events unfolded or are unfolding in ascending order of time duration. This cognitive bias manifests itself despite the fact that the likelihood of these three events threatening the survival of our species varies from least to most likely respectively.

In the past couple of months, the world has started to once again come to terms with the fact that even a minuscule entity, somewhere between living and dead, like a virus has no respect for the artificial borders erected by nations and backed up by nuclear weapons and other military might. Only a truly global and collaborative response can optimally fight this pandemic. The world had come together after the 9/11 attacks, it had again collaborated after the 2008 Financial Crisis, but now, except cursory G7 and G20 virtual meetings, the sense of international solidarity is nowhere to be seen. This may mean that the post-Corona world will be very different from what we are used to.

The perils of China’s leadership are evident. China’s criminal negligence first in not containing the spread of the virus and then in keeping the rest of the world in dark has been exposed in detail. Even now when China is trying to help many nations in the need for emergency medical supplies—a race against time—there are reports of it supplying defective test kits. Due to its position as the second-most powerful economy in the world (that too by far), no nation except the United States has adequate leverage to unilaterally stand up to it.

After the Second World War, the United States constructed a world order with itself at its center. That order had its virtues and failings but since the U.S. has been a democracy, that order was open to various adaptations triggered by the change in public opinion. American foreign policy was dependent on support from the general population which could force the government’s hand such as happened during the Vietnam War. Furthermore, agendas of the U.S. Government could be penetrated by other nations through money and media influencing public opinion.

Such checks and balances are wholly absent in the case of China where the legitimacy to rule is not derived from the populace, and the deliberations over domestic and foreign policy are totally opaque. Even after such an epidemic of biblical proportions, nobody is sure how President Xi Jinping’s hold on power will be affected. Nobody is sure if the soft and silken threads of dissent emerging domestically these days have the strength to clothe and strangle the all-powerful The Communist Party of China (CPC) or not. COVID-19 is China’s greatest socio-political upheaval since the 1989 Tiananmen Square protests. Then, China’s economy was a trifle of what it is now and yet the CPC had brutally crushed the peaceful protestors. So little comes out about the happening in the CPC and that too so much distorted that to predict China’s domestic future would be the self-deceit of a pharisee. Truly, today’s China is what Winston Churchill termed Russia of 1939: “A riddle wrapped in a mystery inside an enigma.”

In the past few years, with the rise of authoritarian and populist leaders, many nations in the world have willfully been observing “social distancing.” As the U.S. and Europe withdrew from various international organizations, China stepped up its efforts to dominate them by money and bureaucracy. The World Health Organization (WHO) which had always been a reputed institution today seems compromised. It failed repeatedly to warn the world about COVID-19 and kept towing China’s official line even until the end of January. It will take a long time for the WHO to get rid of this abominable stain. Many nations across the world are already advocating for reforms in WHO and other international institutions.

The COVID-19 pandemic will force every major nation to reassess its relationships with other countries. As is always the case, the domestic response to the pandemic will dictate the political fortunes of incumbent leaders and this will, in turn, influence the foreign policy. President Donald Trump, the poster boy of isolationism in world affairs, is up for re-election later this year. America’s dubious response to the COVID-19 pandemic would have haunted any president but Trump is not any regular president. The present public opinion is so much divided along the ideological line that President Trump’s approval ratings remain high. Thus, one can only hope that sense will prevail in the U.S. and Europe to take on China head-on after the health crisis is over. With its powerful military and close kindred relations with Europe, America remains the preeminent power of the world. It should not anymore validate Bismarck’s famous lines: “We live in a wondrous time, in which the strong is weak because of his scruples and the weak grows strong because of his audacity.”

The International Monetary Fund (IMF) has already declared that the world is witnessing a recession worse than the 2008 Financial Crisis. The IMF is also calling for collaboration among the nations to come out of this crisis. Will the right-wing populist leaders finally collaborate and strengthen international institutions? The answer to this question will shape geopolitics for a long time to come. On the other hand, as many nations are utilizing advanced digital and surveillance technologies to track the spread of the pandemic, authoritarianism may become more pervasive. Digitally recording and tracking the population’s bio-markers in real-time behind the veil of protection from pandemics may become the new normal. Embedding itself into the DNA of democracy in this manner, authoritarian regimes may become omniscient, omnipresent, and omnipotent. So much is changing simultaneously, and not all for good, that I cannot help but say:

They come not single spies,

The Economic Disaster Wrought by COVID-19
Philosophy in the Time of Corona: Advaita, Shankara, and Mother Nature