COVID-19, “Pandemic Diplomacy,” and Re-shaping of the World Order 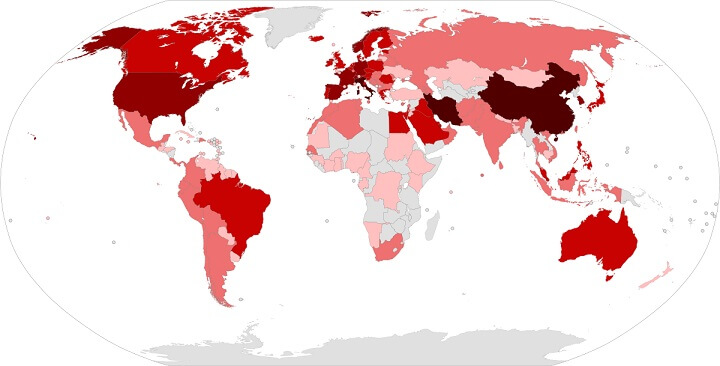 It is safe to say that no other single event in the 21st century after the 9/11 attacks has had a greater impact in the geopolitical arena than the Coronavirus disease 2019 (COVID-19) pandemic. What began as a disease traced to a wet animal market in China, the COVID-19 is already shaping geopolitics across the world. While in a democracy, civil rights groups would have almost surely ensured that no wild animals (let alone endangered species like pangolins) could be sold for consumption, in China, the authoritarian government has allowed wet animal markets to flourish. As a result, here we are, a delicacy for some has transformed into becoming a global pandemic with China itself as its biggest victim.

The first case of COVID-19 in China was reported in mid-November but the Chinese Government’s cover-up in the early weeks of the epidemic along with the crackdown on whistleblowers quickly worsened the situation. This unfortunate response reminds one of Nobel Laureate Amartya Sen’s argument that democratic institutions avert famines. It is so because the quick dissemination of information and rapid response by the government amidst criticism from the opposition ensures that a man-made disaster is controlled before the situation gets out of hand. By contrast, in authoritarian China, COVID-19 soon transformed into a catastrophic epidemic. The same script was written by the authoritarian regime in Iran which did not effectively clamp down on the epidemic when the initial outbreak occurred. Iran is now the third-worst afflicted nation with reports indicating that the actual death toll may be much higher.

To be sure, due to the very nature of its administration, China was able to effectively shut down the province of Wuhan and delay the spread of the virus. However, the world is so closely interconnected that, by then, the virus had already reached many countries on different continents. Stock markets across the world have been hit while the economic impact of the pandemic will be monumental in the coming years. China’s unprecedented economic shutdown will have a big financial impact on the rest of the world in the coming months. But, below these layers, there is much more going on in the geopolitical arena.

The World Health Organization (WHO) recently declared that Europe is now the epicenter of the pandemic. Italy has reported the second-most number of casualties after China while Spain, France, and Germany have also been badly hit. The United States’ response to the pandemic has been controversial, with not enough tests being performed to identify potential vectors. Despite many more cases than most other nations, the U.S. has been far behind many Asian nations (India, Japan, South Korea, etc.) in declaring a travel ban to restrain the flow of possible vectors.

While the U.S. and the European Union (E.U.) are shying away from taking the responsibility of leading the front against the pandemic, the void is being filled by countries in Asia. Instead of the U.S. assuming its historical role of assisting Western Europe, China has already started to play the long-term game, despite its ongoing war against the pandemic inside its own borders. Notably, the U.S. and the E.U. have practically abandoned Italy whose medical system is breaking down and China has come to the rescue of the Italian Government by sending essential medical supplies. Furthermore, in a classic reversal of roles, the Chinese billionaire Jack Ma who is already helping Japan, Spain, South Korea, Italy, and Iran, has offered to “donate” 500,000 testing kits and one million face masks to the U.S. which is increasingly finding itself unprepared in handling this unprecedented situation. China’s capability to rapidly manufacture commodities at a staggering scale is coming handy in this “Pandemic Diplomacy.” Instead of Asia looking toward the West for assistance, the U.S. and Europe are now learning from South Korea about containing the pandemic. India has suddenly rediscovered the utility of the South Asian Association for Regional Cooperation (SAARC) and is now leading an effort to combat the pandemic in South Asia. It is reaching out to SAARC members for coordinating efforts in the region by developing a joint strategy. Collective national memories are being reshaped in many regions of the world.

The pandemic has already started to frighten the general populace. Work from home has become the new normal while the hoarding of hand sanitizer, toilet paper, canned food, etc. has already begun. While many nations in Asia are effectively dealing with the pandemic (only three of the top fifteen most afflicted nations are in Asia), Americans, despite living in militarily the most powerful nation of the world, are showing a huge amount of paranoia. The sale of firearms and ammunition has skyrocketed in the U.S. while trust in the government is plummeting in both the U.S. and the United Kingdom. Furthermore, the pandemic has begun to influence the upcoming presidential elections in the U.S. with the candidates being forced to revisit their strategies. President Donald Trump’s response to the pandemic will play a big role in determining the prospects of his reelection later this year. The pandemic will also have a big impact on the immigration policies of most nations in the coming years. Furthermore, the slump in demand for oil due to the hit taken by the airline sector has started a price war between Russia and Saudi Arabia—with potentially disastrous implications in the volatile Middle East.

Going forward, it would be interesting to observe the impact of the pandemic on China’s domestic politics where only a couple of years ago, President Xi Jinping became “president for life.” Already, Chinese propaganda is facing a pushback domestically. Similarly, the authoritarian regime in Iran whose response to the pandemic has failed to inspire confidence among its citizens will have to reconsider the many proxy wars it is engaged in. If these authoritarian regimes will face atypical domestic challenges, the West will visualize the pandemic as a wakeup call. The U.S. and Europe are validating the unanimous impression put forward by various political thinkers (Fareed Zakaria, Samuel P. Huntington, Amitav Acharya, among others) in the past three decades about the relative decline of the West compared to Asia. Until now, the West’s response to the pandemic has only exhibited dependence, skepticism, and lack of self-confidence.

I had previously written about the fundamental changes occurring in the world order. The global response to the COVID-19 pandemic further bolsters my main argument that for the first time in human history, the world is moving toward becoming bipolar with one of its poles in Asia. For the rapidly declining West, a wise saying from the Chinese philosopher Confucius may yet be of help: “By three methods we may learn wisdom. First, by reflection, which is noblest; second, by imitation, which is easiest; and third by experience, which is the bitterest.” Since the time for reflection has passed and emulating authoritarian China is out of the question, the bitter experience of its unpreparedness to combat the COVID-19 pandemic must ring alarm bells on both sides of the North Atlantic Ocean.