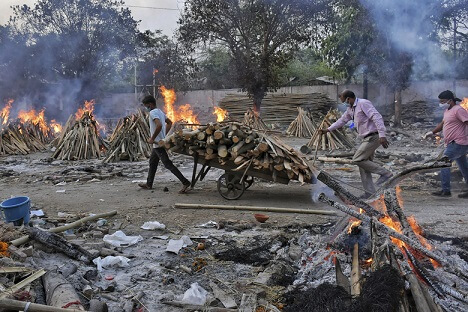 Earlier this year, I went on one of my yearly pilgrimages to the Rajaji National Park, an absolutely beautiful getaway near my home and heaven for birdwatchers in the winters. Unlike its neighbor, the Jim Corbett National Park, Rajaji does not have government-run accommodation buildings for regular tourists. I had heard good reviews about a private resort inside the forest area and so I thought to drive there and check it out. Google Maps showed the drive to be about 40km inside the forest along a narrow road and I decided to embark on the path. Not much later, I was driving amidst a dense forest with lots of wildlife (deer, fox, wild boar, etc.) around me while I was sincerely hoping that no elephant should suddenly appear on the road. I crossed many riverbeds on the way which was much foolish of me since one should drive no other vehicle on such terrain except the Mahindra Thar. Anyway, trusting my own (imprudently adventurous) frame of mind, I kept driving.

Cruising on uneven terrain, I logically thought at times that someone must be an idiot from the perspective of economics to build a resort in such a dense forest where most tourists could not reach. But then, I knew that this resort’s location is actually amidst the woods and Google Maps was of course showing me that I am going in the right direction (there was no internet connection along the way but the GPS was still functional in the app). Even though the fuel indicator showed that I was not in the best disposition to travel on that road, I persisted. After about half an hour, the road started becoming narrower, muddy, and there was a steep inclination. . Here was my last chance to turn back (there was no way one could take a U-turn on that muddy mountainous road) but I did not because by then, I had convinced myself of the righteousness of my own “logical” thought process. I persisted, remembering what I had been told—that the whole of Ganga valley below would be visible from the resort. As the altitude increased, the vegetation started to change. The lush green Sal trees had given way to beautiful Pine trees with cones sprouting over them. Nevertheless, after driving for quite a while, I reached a small remote village named Kimsar, and Google Maps showed that I have reached my destination. It did not matter much anyway by then since the road ended in that village and what a village it was. So remote was the village that I could have easily learned the basics of the Barter system there. Of course, I am sure that you have guessed by now that Google Maps had brought me to the wrong location. The story about what followed is for another time. However, it was fascinating for me to think then that all the while on the road, I had started justifying my actions based on my own notions as if humbly accepting that I was wrong was not a wise option. I was the ultimate fool though who only realized too late that I had walked into a self-reinforcing mental trap.

For the past two weeks, I repeatedly thought about penning down my thoughts concerning the tragedy that India has been going through. But, every single time, words failed me. The human stories that are coming from India, the sheer scale of the tragedy, the apathy of the government, there are just so many thoughts that cross one’s mind. Add to this the frantic calls for help from known ones almost every day in these troubled times. Nobody had thought in their wildest dreams that there will come a day when the most unfortunate in India would not queue to get free ration but rather to cremate their dead.

It is easy to enumerate the government’s many failures that are nothing short of criminal negligence. The decisions to go forward with the Kumbh Mela, hold mass election rallies, unable to coordinate supplies of essentials (oxygen, Remdesivir, plasma, etc.), ministers and bureaucrats missing in action in a top-down manner, absolutely no accountability from the same ministers and bureaucrats (or so many chief ministers for that matter), no words of hope and moral support from the otherwise loquacious prime minister, faltering vaccination drive, loss of prestige with our neighbors, loss of trust with our friendly nations to the point that their embassies were asking an opposition party’s young wing for help, a government busy with holding workshops around “maintaining” a favorable narrative in the media at a time when the nation is literally facing the most serious catastrophe since Independence. None of the government’s acts is more inhumane and absolutely insane than going forward with the Central Vista Redevelopment Project (which includes a new residence for the almighty Caesar) worth more than 20,000 crores in these times. The list of this government’s madness just keeps going on and on. Just when you think it will come back to sense, a new low is attained by this government. Its moral authority has been receding faster than any government in the history of our democracy.

Coming back to my story above, the first step toward course correction when all signs around you are pointing out that something is going wrong is to simply accept the fact that you may be headed in the wrong direction. This acceptance can only come to someone when they leave aside their ego. Despite the hardships faced by the migrant workers, the Modi government was praised around the world last year for its efforts to dodge the first wave of COVID-19 in India. As a general rule for this government, any appreciation is always dedicated to the prime minister who has absolute authority over anything that transpires within the government. Now, when it is clear that the government is failing in protecting the citizens from the second wave of COVID-19, shouldn’t the responsibility of the failure be with the prime minister too? Yet, Caesar’s army of ministers is busy every single day tweeting praises for the prime minister from the comfort of their homes while citizens are dying on roads due to lack of basic health facilities. There is no point in comparing deaths in India (which are being heavily undercounted) to those in America or Britain since in these nations, people died as a result of complications arising from the virus and not from the lack of Oxygen, Remdesivir, plasma, etc. They also did not die of attending a Kumbh Mela or participating in huge election rallies amidst the pandemic. However, there is nobody in the government with the temerity to tell the almighty Caesar, “Boss you are driving in the wrong direction, you must do course correction as soon as possible or many more lives will be lost.” And the Caesar is either waiting for all of this to naturally pass or is just too sure of himself right now (as I was on that trip) that no course correction is happening. It is heretical for the Caesar to accept that the nation is being headed in the wrong direction.

It is a general rule that over time, all authoritarians surround themselves with Yes-men. As a result, they lose their sense of hearing because nobody has the audacity to tell them the truth. We now have a Caesar who is not only deaf to the happenings on the ground but also blind to the sufferings of the citizens he was sworn to protect. It is not just the prime minister who has Gandhari’s proverbial blindfold over his eyes but also scores of his supporters. With the blindfold of Bhakti on, scores of the supporters of this government are still placing their trust in their preconceived notions since they do not want to accept that under the garb of democracy, they are traveling toward the destination of despair, destitution, and death. Driving on an authoritarian terrain with a blindfold on can only lead to the bottom of the valley. Yet, many are unwilling to accept that perhaps they are headed in the wrong direction. Before late, they must absorb Martin Niemöller immortal words: “First they came for the socialists, and I did not speak out—because I was not a socialist. Then they came for the trade unionists, and I did not speak out— because I was not a trade unionist. Then they came for the Jews, and I did not speak out—because I was not a Jew. Then they came for me—and there was no one left to speak for me.”

A government’s basic function is the protection of the life and livelihood of its citizens. Whether you subscribe to the Hobbsian school or the Rousseauvian school of philosophy, it is agreed that once the people have given up a part of their liberty to the state in exchange for protection, it is the state’s duty to protect its subjects. This government is presently not discharging its basic function of existence. It is said that death and taxes are the only two constants in this world. This government has unfortunately democratized death for its citizens while at the same time it has also crushed the economy. As a result, instead of an “Atmanirbhar Bharat,” today’s India has become, what the retired civil servant Avay Shukla has termed “Parmatmanirbhar Bharat.”

In these bleak times of unprecedented catastrophe, it is the common citizen, who is coming forward to support its brethren. Indians from all backgrounds have come out to support each other without any considerations of sociological identities but rather in the name of humanity. More power to medical personnel, journalists, and civil society. Only they have their hearts in the right place and their sight on the accurate destination—which mine was not—in their incessant drive to help each other.