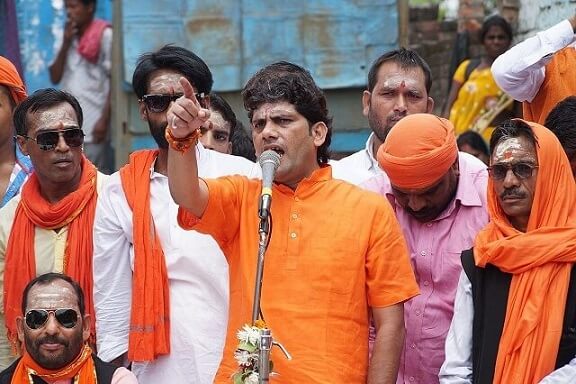 Two of the lasting (at least most of us thought in our childhood they were lasting) legacies of the Indian founding fathers were the introduction of moral leadership and scientific temper into the Indian democratic landscape. While Gandhi’s moral authority derived from his study of all major religions of the world (chiefly Hinduism), Nehru’s idea of scientific temper was founded on science, socialism, and planning. Together, these two guiding philosophies penetrated the social fabric of democratic India from the roots to the leaves.

It was the Mahatma’s unflinching and absolute belief in truth and non-violence and the efficacy of his rather unusual methods that rallied millions behind him in the struggle for India’s Independence. I intentionally write unusual because no sane mortal could conceive of making a national movement out of marching to the sea only to pick up salt for breaking the law or to call off an ongoing spectacular national movement abruptly when violence occurred in a small remote hamlet of the nation. But then we are not talking about some mere mortal like you and me but Gandhi. Such were his ways. Gandhi’s efforts in the pursuit of truth, commitment to non-violence, service toward the Untouchables and all weaker sections of the society, willingness to compromise, and impeccable leadership skills earned him the moral authority to command millions.

Such was Gandhi’s impact on the Indian national life that even after his demise, his party and followers who rose to become great leaders in themselves derived much of their moral authority from him. Jawaharlal Nehru, Vallabhbhai Patel, Lal Bahadur Shastri, J. B. Kripalani, Ram Manohar Lohia, Jayaprakash Narayan, C. Rajagopalachari, etc., so many leaders derived moral authority from the simple fact that they had closely worked with the Mahatma himself. What more, this moral authority was put into good use by them.

C. Rajagopalachari (Rajaji) and Jayaprakash Narayan (JP) are the chief examples of how moral authority vested in the Opposition kept the ruling government in check. Rajaji’s Swatantra Party rapidly emerged as one of the chief political forces on the Indian landscape and veritably challenged Nehru’s ideas of centralized planning. Due to their similar association with Gandhi, Rajaji could talk to Nehru as an equal and former comrade-in-arms, and thus week after week Rajaji’s opinions in the print forced the government to re-think its policies. Similarly, during the dark days of the Emergency and leading to it, JP emerged as the chief solar body in the Opposition’s political universe, around which revolved (and rallied) all other Opposition leaders. The single biggest factor that made JP acceptable to leaders from all persuasions was that he commanded moral authority like no other in India at the time because of his close association with Gandhi and years of working amongst the downtrodden.

In terms of being unusual, Gandhi’s appointed successor, that Harrow and Cambridge alumnus, in his own words “a queer mixture of the East and the West, out of place everywhere, at home nowhere,” Nehru, went even a step further. Instead of becoming a populist and playing over the fears of a largely illiterate, god-fearing, and poor populace, the imaginative soul tried to fashion India with what he called “scientific temper.” Thus, instead of building temples, monumental statues, and dharamshalas to get votes, the strange chap sought to build dams, universities, and research laboratories. Perhaps the pitiable guy thought that by establishing the “temples of Modern India,” he would instill a sense of scientific questioning and analysis amongst people who had been largely driven by mythology and superstition.

Enters the India of 2021. Both Gandhi and Nehru must be turning in their respective graves (or in the Hindu case here, they would be doing facepalm in another realm). The slide toward immoral authoritarianism and puritan regressive behavior which was evident from the past few years has only accelerated during the COVID-19 pandemic. Nothing else explains our collective failure during the migrant crisis that occurred at this time last year. The pandemic wreaked devastation on migrants and the poor (literally pushing hundreds of millions below the poverty line) because of a virus that was mostly disseminated initially by their well-to-do brethren. No leader from the opposition rose to the occasion for correcting the government’s disastrous policies by exerting pressure. This is simply because of two factors.

One, no opposition leader today merits the moral credibility to rally masses behind him/her from across the nation. There is none left today across the political spectrum who can claim to be the rightful successor of everything moral that Gandhi stood for. Not a single politician today commands the respect of all leaders and can act as a village elder to put a stop to the vitriolic political environment we live in today. The sewer-like levels to which the political debates have fallen in this nation between various ideologues as well as on social media would have shocked Gandhi and all other founding fathers. The middle ground—the prerequisite for dialogue and compromise—has all but disappeared. Morality in politics has been shredded and thrown into the Bay of Bengal (as we can witness in the Bengal and Assam elections). Two, even more disturbingly, it seems that politicians now wilfully like to portray themselves as “strong” leaders incapable of moral behavior and thus by definition, unable to feel the pain of migrant workers, poor, farmers, civil activists, etc. After all, if this would not have been the case, then at least a single statement would have come out from the almighty (touch me not for I am a saint) leader (or a political movement would have been conceived by the Opposition) in the past year.

On the scientific side though, many strides have been taken by India in the past few years including discovering the anticarcinogenic properties of cow urine, the therapeutic effects of Gangajal (to be sure, I am writing this as someone who himself never misses out a chance of taking a dip in the Ganga), and the deciphering of ancient Sanskrit texts to build the next-generation flying machines. Alas, how much better it would have been if someone would have read more deeply into such texts and found the definitive way to shield oneself from coronavirus through the chanting of mantras. India should have taken the lead then in prescribing the mantras to the world (rather than manufacturing vaccines) and its own citizens attending the Kumbh and election rallies. No, Nehru, un-Indian self-styled socialist liberal, you were stupid in hoping that today’s leaders would take forward the mantle of scientific temper. They are much busy catering to their voter base through the Kumbh while demonizing the Muslims in election rallies to gain votes. Today’s Great Anarch and opposition leaders do not care about the second wave of COVID-19 inflicting unforeseen misery on the country since we are not done with elections yet. Social distancing, mask-up, sanitization, these are terms for us—mere mortals. The politicians are above their fray by the virtue of inhaling the intoxicating effect of power.