Prime Minister Modi is Steering India Toward the Chinese Road 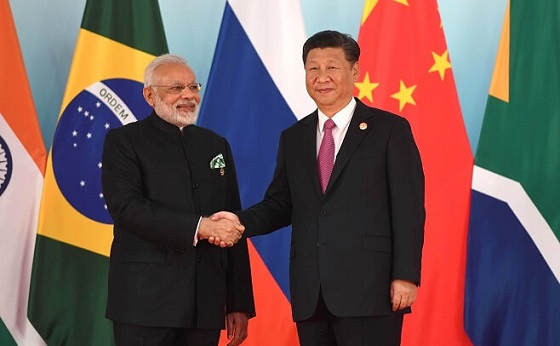 For decades now, China has been an outlier in international affairs and the Western liberal order. Unlike most other major powers, it is not a democracy and yet continues to deliver economic growth to its people. Unlike most other states that commit human rights violations, China is too big and too important for anybody to seriously take steps against its human rights violations (Hong Kong, Uighurs, etc.). Finally, unlike most other nation-states, China does not bother about integration with the development values of other nations or any rankings compiled by various international organizations.

It is no secret that after the events of June 2020, there is no love lost between India and China. The slogan of Atmanirbhar Bharat, the ongoing tension at the Line of Actual Control (LAC), and the clamor from time to time of giving a befitting reply to China are all attestations to the rancid state of affairs between the two most populous countries on the planet. Around the world, India tries hard to portray itself as an exemplary model of democracy and pluralism in stark contrast to China’s authoritarianism. While this has been true for India since Independence, after the Economic Reforms of 1991, India has also presented itself as an alternative destination for global investment with an openness to get integrated with the liberal world order created by the West. However, in recent times, these claims seem to be hollow and it looks like India under the prime ministership of Narendra Modi is veering toward the China model rather than its own.

Whenever Prime Minister Modi receives an international award recognizing his leadership or his development initiatives, his committed vote bank rejoices (rightly so). Whether it be the highest honour of Saudi Arabia, Afghanistan, Palestine, UAE, Russia, or the Maldives or other awards such as the Champions of the Earth Award by the United Nations Environment Programme, Global Goalkeeper Award by the Bill and Melinda Gates Foundation, etc., Prime Minister Modi is hailed as the messiah of development, the global brand ambassador of New India, and the paragon amongst world leaders. Similarly, all credit is duly given to the prime minister when any survey or report commissioned by any international institution shows India in a good light. Nobody bats an eye or questions the motive behind such honors or where the funding of such organizations comes from.

Contrast this with what has been happening in recent times. In literally every single ranking, India’s standing has been going down the drain. Global Hunger Index, Human Freedom Index, Economic Freedom Index, Human Development Index, Global Gender Gap Report, India’s very own Family Health Survey, etc., all show the deteriorating state of socio-economic affairs in India. On the political side, Press Freedom Index, V-Dem Insitute’s report, Freedom House rankings, among others, show the rapid decline that India has undergone in the past few years under Prime Minister Modi. It is absolutely clear to anyone visiting India these days that our political, social, and economic freedoms are under attack as never before since the dark days of the Emergency. In all but name, India is rapidly declining toward becoming an electoral autocracy. Unfortunately for this government, its usual and favorite scapegoat, Former Prime Minister Jawaharlal Nehru, cannot be resurrected to defend its own performance since India’s rankings were much better (and were continuing to become better) before Prime Minister Modi took office. However, rather than any sort of navel-gazing, the government’s response has been to question the motive of the international organizations publishing these rankings or to as the External Affairs Minister S. Jaishankar put it, the countries where these institutions are based are “hypocrites.”

Well, first of all, whether it be Sweden (where V-Dem Insititute is located) with which India has a strong relationship or the United Nations whose India is an important member, no motive can be ascribed to them for intentionally throwing India under the bus. As for the Freedom House which is funded by the U.S. Government, maybe External Affairs Minister Jaishankar needs to be reminded that we are living in 2021 and not 1977 (i.e. the peak of the Cold War) when he joined the Indian Foreign Services. The United States today is India’s natural ally and perhaps its greatest friend in the world whether you go by economic or strategic logic. But, I would suspect the above statement was made by the said minister, not because of his memory but rather the compromises that one has to make in this government under Prime Minister Modi. It is only a matter of time when various interest groups in the U.S. will start pressuring the Biden Administration for being harder on India.

Second, even if you want to discard these rankings due to some biases that are the figments of your own imagination, one scarcely has to look much for evidence of India’s decline within the nation. The government’s own economic surveys and growth projections show how badly the economy has been performing since the disastrous folly of Demonetisation and how COVID-19 has only worsened the crisis. The rapid increase in COVID-19 cases in the past few weeks in conjunction with India’s dismal record of vaccination is taking its toll. Chinese forces are still standing proudly on our borders while social cohesion between our major religious communities keeps hitting new lows in every election season. It seems like in these bleak times the only hallowed entity undoubtedly showing positive change at a high growth rate is the prime minister’s beard.

Democracy requires constant nurturing by those who vote as well as those in power. Democracy is not only the organization of free and fair elections but rather also the creation and nurturing of social, economic, and political institutions to protect minorities, fostering of a healthy opposition, creation of an all-inclusive view of nationalism, the establishment of checks and balances on power, and making compromises between various interest groups. All these vital features of democracy are absent in China and it is exactly where this government is taking India despite its derision of the powerful neighbor. Discarding unfavorable socioeconomic indicators and international standings is a folly often committed by China and it looks like we are now taking the same road.

It is another tragedy that the entire blame for India’s decline not only stands at the feet of the government but also falls upon the Opposition which had generally been exemplary in the seven decades of our Republic’s existence. The inability of the opposition leaders to unite against the authoritarian acts of the incumbent government has made it easier for the government to march incessantly with disastrous policies. Though the comparison maybe a little too far-fetched at this point, one must keep in mind that the Nazi Party’s voting share in the 1932 German federal election (just before the nation became an autocracy) was 37.27%. I hope the figure rings some bells with the contemporary situation in India.