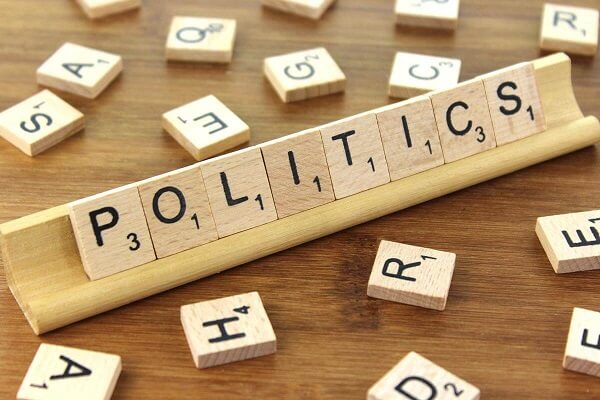 The word “politics” comes from the Greek word “politikos” which means pertaining to the affairs of the state or its citizens. Politics has been variously defined as the process by which a society chooses the rules that will govern it; the activities within an organization that are aimed at improving someone’s status or position; the art of the possible; the art of the impossible. Among these academic and rhetoric definitions, let me propose a new one: Politics is a suboptimal process by which limited resources in an institution are allocated in a manner that maximizes its stability. Let us look into each part of this definition in detail below.

Politics pervades almost every single institution conceived by mankind for arranging the society: nation, government, company, university, welfare group, tribe, etc. The only exception may be the social institution of Family where politics usually comes into play only when the size of a family increases to a large enough number to complicate the allocation of resources between various nuclear families. If an institution could hypothetically amass infinite resources then there shall be no competition for them and so politics shall not arise. It is the need to distribute scarce resources in a way that satisfies (fully or partially) the constituents of an institution which gives rise to alphas in animals and kings/administrators/dictators/legislators in human beings. In a democracy, each citizen contributes a part of his/her resources (most importantly, money and labor) to gain a voice in the government’s schemes for distributing the state’s cumulative resources. If a nation could amass infinite resources, there would be no need for the institution of government to be established in the first place. Politics will be a foreign and inscrutable concept to the citizens of such a hypothetical nation. This is because there shall be no need for the allocation of resources—everybody shall already have infinite resources.

The aim of politics is to maximize an institution’s stability. Stability has to be attained because without it an institution cannot function robustly as a whole. But, it is not easy to attain stability. This is because various constituents of the institution have their own priorities and preferences. For example, while casting his/her vote, an Indian citizen may also want to maximize the resources that would be allocated to other identities s/he feels a sense of belonging to such as Hindu, Kashmiri, Bengali, Dalit, Trader, Farmer, etc. This may be different from an industry-based setting where generally, the use of politics is to maximize personal resources (raise in the salary, promotion, positive feedback, recognition, etc.). Nonetheless, in both cases, the distribution of resources among its constituents through the use of politics maximizes an institution’s stability if this redistribution is being done in a somewhat “optimal” manner.

However, this process of maximizing the institution’s stability is almost always suboptimal. This is because the outcome of politics is defined by various factors across multiple axes including history, statistics, economics, and conflicting ideologies. If these are not enough, there is another axis that further complicates everything to a much greater extent—the human factor. What may be economically and statistically the most feasible option to distribute resources may not be the acceptable course for the human constituents of an institution. Let us study this with two examples.

The Nyuntam Aay Yojana (NYAY) Scheme propagated by the Congress Party before the 2019 Indian General Election stipulated that if voted to power, the government will distribute cash up to Rs. 72,000 to 20 percent of India’s poorest families. This scheme was designed after consultation with many reputed economists (including the Nobel laureate Abhijit Banerjee) but found no takers among the masses. This is because even if the government would have found a sound way of accumulating funds for the scheme without overburdening the middle-class (such as by rolling back on the subsidies), it could not have escaped the consequences arising from the peculiarities of human nature. At large, the idea that someone else is getting money without working for it while economically you are still where you were earlier is repugnant. Similarly, the conception that I should give up my subsidies to fund somebody else’s household while I would not be better off myself by doing so would not have been acceptable to those just above that 20 percent cutoff proposed by the NYAY scheme. As a result, the scheme backed by many academicians found itself abandoned by the Congress Party itself and died a silent unmourned death (perhaps it will be resurrected by the BJP after much polishing and rebranding as it happens so often in India). This illustrates that it is just impossible to reach Pareto efficiency in politics because the human factor can tip the balance of all scientific calculations.

Second, let’s cautiously touch on the oft-debated policy of reservations in India. A scientific and professional method to design schemes regarding reservations in educational institutions and government jobs would be to periodically collect and use large-scale statistics (which community should get how much reservation based on which factors and for how much period of time) and revise the norms every few years. This will help in evaluating the efficacy of the system, fix its shortcomings, and ensuring that it benefits those who most need the system for their betterment. But, again the human factor complicates policy formulation and as a consequence of which the political process reaches suboptimal conclusions. The sense of righting the historical oppression against particular communities, discrimination in the social customs, and psychological trauma are some of the factors which can neither be modeled perfectly using mathematical equations nor are they explicitly visible in the statistical data. This is why no political party can presently afford to discount the human factor and talk about reservations in a rational way. Thus, the redistribution of resources always remains suboptimal because of the human factor.

Now, the question arises that given this suboptimality in redistributing resources, what kinds of political systems exist? Broadly, we can divide the tussle between the competing groups to gain more resources into two categories. The first category consists of those political orders whose foundation is based on hope while the second kind of political orders are erected on fear. Gandhi’s and Nehru’s ideas about India are a classic example of the first kind. They envisioned an India where people belonging to all ethnic and linguistic groups, religions, caste groups, tribes, etc. could live together and prosper peacefully. Loyalties to one’s region, religion, caste, language, ethnicity, and tribe happily coalesced and were subservient to the Indian identity. Gandhi, the most inveterate enemy of the British Empire, defined his politics by love, truth, non-violence, and the hope for a free and better India. Today, his statue stands tall outside the very British Parliament whose legislation he opposed all his life. This respect paid to him by the former adversary provides an example of the efficacy of such political systems in the eyes of the posterity.

The second type of political systems are founded on fear. The source of this (often imagined) fear can be a minority, a foreign adversary, or an ideology. Generally, the strongmen (no prizes for guessing) type of political figures thrive in such systems. They stoke the fear of minorities (immigrants, religious, linguistic or ethnic minorities), a belligerent foreign nation, or of ideologically opposite leaders/nations. This conscious attempt to segregate the majority and minority into two immutable groups and playing them against each other helps the strongmen to stay in power. However, it is disastrous for democracy because a permanent majority is nothing but majoritarianism. Available resources in a state can only be allocated in a way that keeps the institution stable when majority and minority groups vying for their control change based on policies and circumstances.

Political leaders in both types of political systems try to balance between empathy and rationality to stay relevant. They must remain empathetic to their supporters (and the public at large) to project themselves as their rightful representatives. But, they also have to make rational decisions at the same time for the allocation of resources. This has to be done in a way by which political leaders can continue to enjoy popular support (especially among their voter base) without making the society so unequal that the instability should threaten the foundation of their administration.

Both types of political systems weave ideologies around them. Political leaders utilize different identities to convey that they shall be able to distribute the resources in a more “favorable” way than their competitors. These identities can be drawn through social (religion, caste, language, etc.), economic (free-market, socialist, etc.), or political inclination-based (liberal, conservative, centrist, etc.) factors. These identities which soon morph into different ideologies act as inspiration as well as facade at the same time. They bind human loyalty to some abstract notions of glory, pride, and righteousness while also providing a sense of belonging with one’s fellow travelers (ideologues) on the same road. Ideologies strengthen the fraternal bond between their respective followers. At the same time, all too often, ideological differences become the common cause of political upheavals in society. This makes it difficult to answer if ideologies give birth to politics or politics advents ideologies. The presence of variant ideologies without politics precludes the redistribution of an institution’s resources. And, what would politics be without opposing ideologies? The answer lies in the Urdu couplet:

This garden’s beauty springs from such disagreements)

Gandhi
Ethics, Morality, and Actions: From Rodents to Humans, Nations to Companies, Ancients to Contemporaries