Ethics, Morality, and Actions: From Rodents to Humans, Nations to Companies, Ancients to Contemporaries 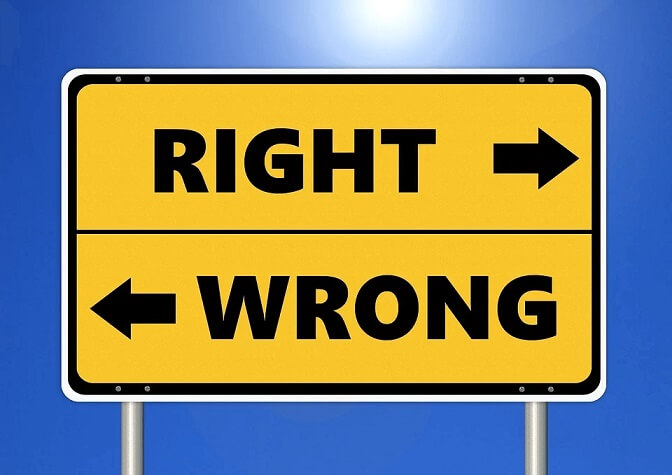 Let us imagine that we have created a time machine and transported ourselves five hundred years back to observe our surroundings. It’s the year 1519 and we have landed in that region of the world which is just starting to change the course of human history, Europe. Ferdinand Magellan has recently left Spain to circumnavigate the world for the first time. It has been two years since an obscure professor, Martin Luther, had launched the Protestant Reformation which would have enormous consequences in the next few centuries. More consequentially, it has only been twenty-seven years since Columbus’s famous voyage to the “New World.” The Spaniards and Portuguese are now carving the Americas among themselves as decreed by the Pope. In this transforming world, let us now take the garb of a Spaniard and join the sailors on a Spanish fleet that is today embarking on the journey to the Americas. The single-most factor that has inspired the sailors to undertake this journey is the promise of economic prosperity through hard-work, trade, or plunder.

By the time we reach our destination (say in today’s Mexico), we have lost more than half of the fleet’s crew to diseases, hunger, and shipwrecks. As soon as we and the remaining sailors disembark, we encounter a group of Native Americans. There is, of course, no concept of immunity against diseases at this point and so the captain takes a poll among us, Spaniards, on how to approach the Native Americans. Some of us vote for exterminating them while others vote for endeavoring to establish friendly connections with them. Is the first group devoid of any sense of humane principles while the second is an example of virtue? What if the first group justifies its views by arguing that Native Americans are the only obstacles between us and Silver and they would kill us if we don’t kill them because we have reached here in such a fragile condition after weeks at sea? What if the second group wants to peacefully trade with the Native Americans only because it self-righteously aims to transform those heathens into children of the one true God?

I pose the above questions to establish what I think is a distinction between Ethics and Morality. While some philosophers like Patricia Churchland maintain that there is no distinction between the two, I beg to differ. I believe that the argument of the first group of sailors is motivated by an absence of Ethics since they have come to a decision based on their perceived notion of survival vs. greed while the second group’s argument has a moral component attached to it coming from the institution of religion. As another example, the present conflict at the Indo-Pak Line of Control in which soldiers from both sides lose their lives can be seen as an ethical issue from the point of view of humanity and a moral issue when viewed from the lens of nationalism i.e. the institution of a nation. Thus, in simple terms, we can say that Ethics is defined by a person’s dilemma unfounded on and irrespective of social institutions while Morality is shaped by such institutions.

Having thus made the distinction between Ethics and Morality, we can ask if both are traits manifested exclusively in human beings? The answer is a clear negative. Studies have shown that many apes exhibit “ethical” behavior in which they incur a “cost” on themselves to help one of their kind instead of directly approaching a “reward.” Leave apes, Peggy Mason’s Laboratory at the University of Chicago has shown that even rodents exhibit “ethical” behavior by helping their companions at the cost of their own sense of security and sacrificing food in the process. Thus, it bolsters our hypothesis that complex social institutions like caste, religion, nation, etc. are not a prerequisite for showing ethical behavior but rather are necessary for a sense of morality. Ethical behavior is a trait that is biologically coded inside us and there is no escape from it. Thus, humans routinely get into traffic jams to save others’ kids whom they have never even met not because their religion or caste dictates it but rather from a humane feeling driven by ethics. As a contradiction to this ethical behavior, let’s take the example of Xenophobia. It is another trait that over millennia has proved to be highly efficient for the survival of our species. It can be debated that Xenophobia is a trait that is not ethical in the true sense of the term but it is what it is, and it is inside all of us. We can and do learn to suppress it as we learn about others and co-exist with them especially in cosmopolitan settlements, but that is not something which we have acquired through evolution but rather through our contemporary social institutions.

What is interesting though is that what might be unethical for individual constituents of an institution may become morally correct for the institution itself. The coming together of a large number of human beings makes the working of an institution highly complex. Take the example of today’s big tech corporations like Facebook, Google, Apple, etc. There are so many practices followed by these companies that are not liked by their own employees. The present debate about banning political ads is a case in point in which hundreds of Facebook employees have come out vocally against their company’s stand, just shying away from explicitly using the word “unethical.” Similarly, as happens usually in parliamentary democracies, in terms of numbers, the majority of citizens do not vote for the government or the prime minister, and they might disagree with the government’s politics, policies, and moral standards, but they still remain the government’s constituents.

Another interesting fact is how moral standards change across time. Ancient “great men” who are venerated today for different reasons like Buddha, Jesus, Jefferson, Gandhi, etc. would all have found our contemporary notions of LGBT values as foreign and repugnant. This is because they were products of their own times and thus nurtured in social conditions that were different from ours. We live in such a fast-moving world that data, knowledge, communication tools, technologies, etc. are all expanding at an ever-increasing exponential pace. This means that the ancient social institutions that bolstered our moral sentiments across centuries are now transforming so rapidly that they are unable to cope up. As a result, overall, there is a decline in allegiance to the old social institutions like nations and religions. Consequently, nationalism and religiosity are being reinforced even more vigorously by various leaders today around the world to mount opposition to this trend.

Self-righteousness in justifying one’s actions behind either an ethical and/or moral argument is another widespread human trait. For example, the Spaniards in the above example might first exterminate the Native Americans they encounter, then plunder all the Silver, and finally, justify their actions back in Europe by arguing that those violent heathens were unwilling to convert to Christianity and exhibited aggressive behavior. It is exactly for this kind of a situation that the great Urdu poet Ghalib wrote:

(This was the peculiar mistake that Ghalib kept committing

To clean the filth on his own face, he kept cleaning the mirror)