Dilip Kumar: A Synonym of Perfection 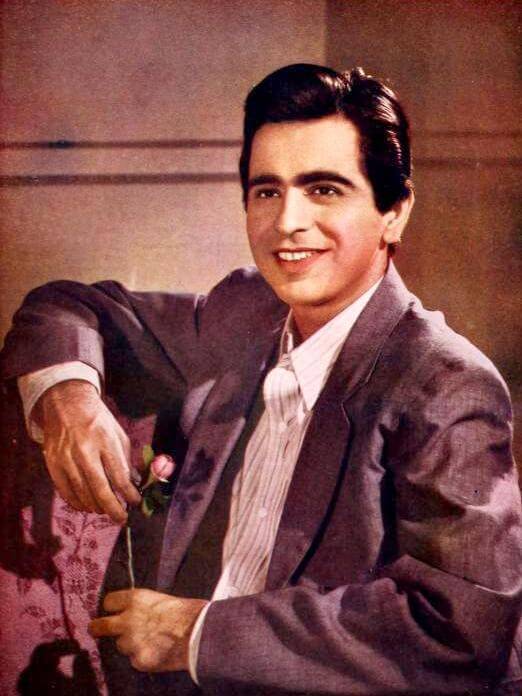 After the battering that I received over my last post, I thought, I should stick to a (hopefully) less controversial topic: the greatest Bollywood actor of all time.

I am not sure how many of my friends and acquaintances have seen Bimal Roy’s Devdas. What I am absolutely sure though is whoever has seen Devdas once can never unsee Dilip Kumar. When I first watched Devdas, one thing inadvertently struck me hard: I could not imagine any other actor portraying the same scenes in any other way. It was as if Dilip Kumar’s portrayal of Devdas in every scene was perfect—it could not be improved upon. It was as if Dilip Kumar was born only to portray this role. But then, one gets the same impression from many of his movies.

Amongst the trio of mega superstars that ruled over Bollywood in the 1950s and 60s, arguably Dilip Kumar was neither as good-looking nor inherently romantic as Dev Anand nor was he privileged or a showman like Raj Kapoor. But, Dilip Kumar was, well, Dilip Kumar. As Javed Akhtar has pointed out somewhere, Dilip Kumar was the first method actor in the world. He had already been in eleven movies over six years before Marlon Brando made his cinematical debut. Dilip Kumar became a “tragedy king” and was consulting physicians due to increasingly being prone to depression originating from the tragic roles he was portraying in early the 1950s. This was before Hollywood could understand method acting and Marlon Brando gained recognition. There is a melodious song in the movie Kohinoor, ‘Madhuban mein radhika naache re, girdhar ki muraliya baaje re…’ At a time when actors gave the least amount of attention to the realistic portrayal of his/her character and were overly dramatic, Dilip Kumar actually learned to play Sitar to infuse perfection in a shot that was a few seconds long in the song. Not only that, one can see his face twitching when his nail mistakenly hits the Sitar’s chord at an unpleasant angle (which happens to all Sitar players), since he was actually playing the instrument during that sequence in the song.

Dilip Kumar’s portrayal of Prince Salim in Mughal-e-Azam, Gunga in Gunga Jumna, and Shankar in Naya Daur have been widely praised. How easily could he transform from being a proud and haughty prince to an innocent and poor villager was something only he could pull off. How wonderfully and easily he imbibed Awadhi language to portray Gunga as if he was born and raised in Awadh is plainly inexplicable. And, to top it all off, with his amusing character in Ram aur Shyam, he showed that he could make the audiences laugh as much as he could make them sob.

In the history of Indian cinema, one of the most romantic and lovable movies of all time is another Bimal Roy’s masterpiece, Madhumati. Dilip Kumar’s charm combined with Bimal Roy’s direction and Salil Chowdhury’s music made wonders, especially my personal favorite, ‘Dil tadap tadap ke keh raha hai aa bhi jaa…’ In another example of realistic portrayal, one can actually feel in a scene that Dilip Kumar who has recently arrived in the mountains has become exhausted while traversing what appears to be a short distance for the natives. It was but poetic justice that though Madhumati won nine Filmfare Awards (a record which no movie could break for 37 years), Dilip Kumar was nominated but didn’t win. His performance was above any such award—and this is coming from a Dev Anand fan who won the award that year for Kala Pani.

Unlike many other gifted Indians, Dilip Kumar had that rare trait—he knew when and how to retire. Over the course of years in the post-Dilip Kumar era, almost all mainstream Bollywood actors have learned from him. Many of them have worked in the remakes of Dilip Kumar’s movies and failed, again and again, in bringing out the same amount of charisma and perfection in their acting. Perhaps his greatest legacy is that by being imitated in every subsequent age of the Indian cinema, this great institution of acting has not been completely understood even until now; we are still to uncover the many layers of his subtle acting skills.

Two Agendas for the Wish List of Indian Democracy
Nehru, the Opposition, and the One Sheep