U.S. Election Day Results: Not India but the World will be Impacted 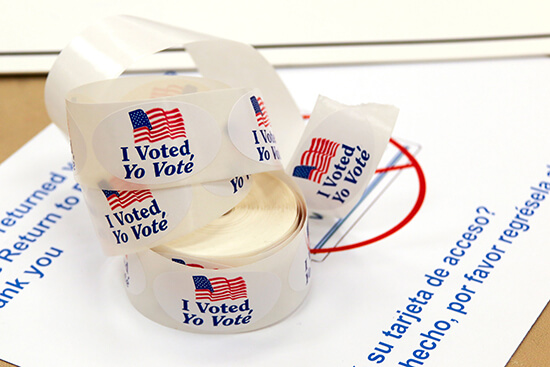 I admit that the title of this writeup may seem to be an oxymoron but please bear with me. Global warming, handling of the COVID-19 pandemic, Black Lives Matter movement, income inequality, the appointment of the supreme court justice, among many others, there is no issue on which President Donald Trump and his adversary Joe Biden agreed on during the election campaign. However, there are three exceptions. One, that the new administration should have a more stringent policy toward China to restrain the geopolitical ambitions of the latter. Second, the recognition of Israel by various Islamic nations is a positive step. Third, the U.S.-India relationship must be further strengthened.

The last two decades have seen the U.S.-India relationship come beyond the friction of the Cold War. During the Cold War decades, suspicion had subsumed the relationship between these democracies more than anything else. Since the second presidential administration of Bill Clinton, the relationship between the two has only grown stronger. It is notable that the strengthening of U.S.-India relations now enjoys bipartisan support in both countries. Whether it be George Bush, Barack Obama, or Donald Trump on the American side or Atal Bihari Vajpayee, Manmohan Singh, or Narendra Modi on the Indian side, successive leaders have forged warm connections among themselves while constantly working toward strengthening the ties (diplomatic, military, or citizen to citizen) between the two countries. Of course, there have been a few hiccups (Harley Davidson tax saga, Devyani Khobragade row, bilateral trade deal, etc.) but such hiccups are natural between any two large and ornery vocal democracies. The larger story of the past two decades has decidedly been of the coming together of these democracies.

The emergence of an aggressive and territorially ambitious China under the Chinese Communist Party has worked as the biggest catalyst in bringing America and India closer. The threat from China persists for the foreseeable future for both nations as well as for the world order. Thus, there is something providential in the coming together of the two most diverse and plural democracies of the world against an authoritarian regime that has no regard for human rights. The Indo-US Nuclear Deal, LEMOA, COMCASA, and BECA agreements, and the 2+2 dialogues between the two largest democracies of the world have firmly established them as allies in all but name. Despite some hangover from the Cold War era which still remains (especially in the diplomatic veins), the political leaders have gauged the public opinion well and have moved fast to strengthen the relationship in the past two decades. It is because of the above factors and the statements made by both President Donald Trump and his rival former Vice President Joe Biden about India I write that no matter who wins on Election Day, the outcome shall not affect India.

On the contrary, the outcome of this presidential election will have many high-impact consequences for the world. Since America is the world’s most powerful nation, both economically and militarily, the American president is naturally the most powerful leader in the world. This presidential election is happening at a time when a once in a century global pandemic is taking thousands of lives every single day and has spiraled the world economy into a recession. President Trump and former Vice President Biden ostentatiously hold absolutely different views on the handling of the pandemic as well as the hazards posed by the coronavirus. President Trump has put America on the course to pull it back from the World Health Organization amidst the pandemic while a future President Biden may very well reverse this decision. This single decision will itself have direct health consequences for millions of people across the world in years to come. While President Trump has made COVID-19 an America vs. China issue, President Biden may go the route of bringing other democracies together to put much more pressure on China.

In the same attitude of pursuing the policy of American Isolationism, President Trump pulled back America from the Paris Treaty on Climate Change after he was sworn in. This act along with his and the Republicans’ disregard for Global Warming and the potentially disastrous plans of the current administration like oil drilling in the Arctic region will have adverse consequences for the whole world for many decades. Trump’s leading adversary has proposed the Biden Plan which promises to address many environmental concerns and pledges to put America on the course to become a carbon-neutral nation by 2050. The next few years may well be our only chance to keep our planet habitable for all and not trigger a food and refugee crisis of the magnitude that no nation could deal with by itself. In this sense too, who wins or loses this Tuesday (i.e. hoping the result will not create a constitutional crisis) will have a big impact on literally every single human being and all other living entities on the planet.

Finally, and connected with the above two points, the COVID-19 pandemic and Global Warming have demonstrated that we live in an interconnected world in which all nations must come together. Sure, there can be strategic alliances and adversaries. But, to cope with issues impacting the whole of humanity, the whole of humanity must come together. It is not possible to salvage America at the cost of the rest of the world. At present, the trust of its allies on American support is feeble due to the many prevarications and instigations by President Trump during the past four years. Similarly, without America’s active leadership, the United Nations has become a shadow of its past grandeur and glory. To combat this, former Vice President Joe Biden has pledged to bring stability to American diplomacy by upholding the nation’s past traditions. In simple words, other nations may find a Biden Presidency to be much less erratic and much more reliable.

I have intentionally not written anything about the impact of this presidential election on American society. There has been much written on it everywhere and anything I write would just be repeating the points made by others. I can only express here that it would have been inconceivable earlier that Americans would be stocking supplies before Election Day because of the fear that violence may occur after the results are in. This simple fact is a symbol of the unfortunate road that America has traversed in the past few years. I say this not from a partisan point of view but just how the various social, economic, and political forces have shaped America in the past few years. In sum, this may well be the most important presidential election of our time.