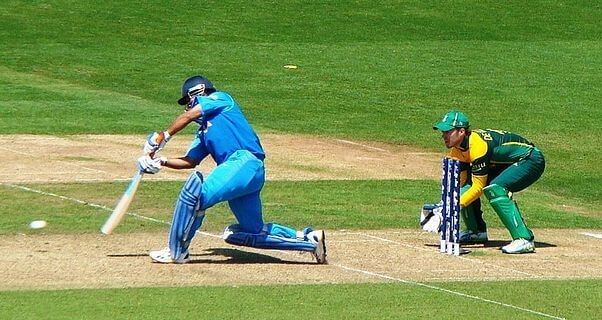 With these fine words from one of the most melodious songs, Mahendra Singh Dhoni hanged up his boots in international cricket. A little less than two years ago, I had written how Indians, in general, tend to not retire on time to create opportunities for the next generation and how Dhoni was an exception: “In recent times, M.S. Dhoni wisely retired from Test cricket at an opportune time. I hope he will do the same in the one-day format of the game when the time comes.” Dhoni did not disappoint. True to his nature, he quietly slipped away from international cricket at the right time for the Indian Cricket Team. It says a lot about his stature that instead of Independence Day celebrations and prime minister’s speech, all headlines in all forms of media were dominated by his retirement by the end of the day.

In my humble opinion, Dhoni was the best thing that happened to Indian Cricket in the past two decades. His leadership, captaincy, and the will to cede space for others were exemplary. A future historian of the Indian Cricket may well designate his captaincy as the time when India started to win matches consistently in all formats of the game. For the rest of us who were fortunate to see Dhoni perform in live matches, so many beautiful memories etched in our minds form a sea of nostalgia: his long flying hair, Helicopter shot, nailbiting finishes, unparalleled fielding acumen, lightning-fast stumpings, witty commentary from behind the stumps (especially against spinners when he used to virtually become the captain in recent times), repeatedly tightening his batting gloves, destroying the ball by hitting it with nothing but sheer force, and composure amidst the most testing situations. I can’t help myself but repeat what I wrote last year: “And those hands, at the age of 38, those wicket-keeping hands as Harsha Bhogle likes to call them ‘are still the fastest hands in the East.’” At the cost of repeating what many others have expressed since yesterday, this truly is the end of an era.

Dhoni was that casual small-town boy who, like millions (including at one point me), dream of making it to the Indian Cricket Team. Not only did he realize the dream but he was also the first genuine small-town cricketer to leave such a big mark on the game that youngsters around the nation are inspired by his story. Born and raised in Ranchi which was still in Bihar and thus had not even entered the school textbooks as the capital of Jharkhand, Dhoni made it to the top echelons of world cricket. He remains the only captain to win all ICC trophies: T20 World Cup, ODI World Cup, and Champions Trophy. It is a testimony to his unconventional batting and hunger of self-learning that Dhoni achieved everything without ever having a personal coach as many of the other greats of the game did. In this, he realized these beautiful lines by that other great artist who sadly retired from this world last week, Rahat Indori:

I think the thread of trust that bonded Indians with Sachin Tendulkar was taken over by Dhoni about a decade ago. Fans placed their trust in Dhoni’s selflessness while he took tough decisions for the Indian Cricket Team. It was evident to his incisive mind that if the team has to adapt to the changing nature of the game, the seniors would have to go despite their legendary status. Through all that, Dhoni remained selfless. He did not promote himself up the batting order to make runs, took all the criticism for any setback, and always shared the adulation with his teammates. The latter two are duly followed by his successor, Virat Kohli, as well. Even the retirement video posted by Dhoni is more about his seniors and teammates rather about himself. It was also a demonstration of his large-heartedness that after India’s victory in the 2011 World Cup, Dhoni receded to place all the limelight on Sachin Tendulkar who was carried around the stadium by the team—it was, after all, Tendulkar’s World Cup.

Off the field as well, Dhoni won hearts. Whether it was the news that he was undergoing paratrooper training or the time when he was stationed in Jammu and Kashmir as an honorary officer of the Indian Army or the image when he received Padma Bhushan from the President of India dressed in his formal military attire, Dhoni commanded respect. Furthermore, he never forgot Ranchi—where he built his home—and his old friends, who on multiple occasions have been on record about his down to earth nature.

An understated mannerism was perhaps Dhoni’s greatest strength. This combined with an acute sense of timing surprised his admirers as well as opponents. He won India many games by being calm until the end (sometimes until the very last ball) and never ever could you hear anything even slightly scandalous about his personal conduct. It was a running joke about his retirement that even his right side of the brain might not know what the left one is thinking. Once in a while, when Dhoni did come out of his self-imposed restraint, his respect only increased. “I’m on national duty, so I think everything else can wait,” was Dhoni’s famous reaction to the question asking if he would have preferred to be in India instead of overseas during the birth of his daughter. Dhoni’s heart was really always in the right place after all.

To me personally, as I am sure to many others, the lasting memory of Dhoni will always be his large protruding eyes and half-open mouth as he hit the final stroke for six to win India the 2011 World Cup. Ravi Shastri’s voice from the commentary box in the background sums up for me not just that magical moment for which fans of my generation had waited since we were born but also Dhoni’s illustrious career: “Dhoni finishes off in style!”